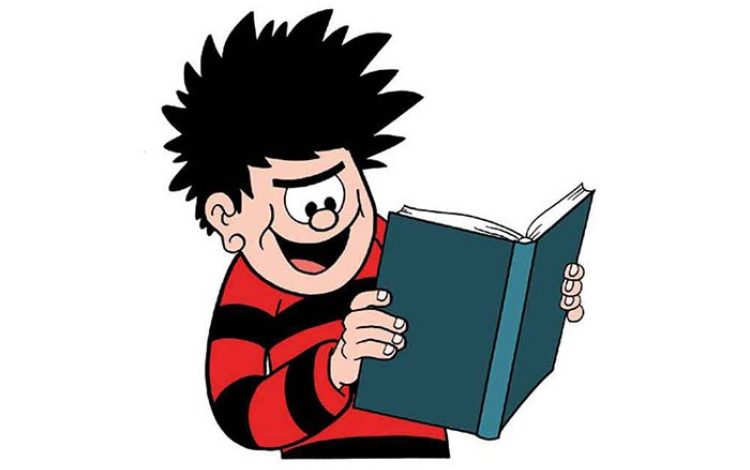 Dennis the Menace, the bad boy of Beanotown turns 70

The ultimate naughty schoolboy first appeared in the Beano on 17th March 1951, and he’s been creating joyful mayhem ever since.

Beano – the world’s longest-running comic – has been going since 1938.

Now the iconic Dundee publication is to disrupt the neoclassical splendour of Somerset House in London, with a major exhibition, Beano: The Art of Breaking the Rules, opening in October.

According to the show’s curator, Andy Holden, the inhabitants of Beanotown share a sense of rebellion – ‘the Beano spirit of breaking the rules’. Dennis is credited as a proto-punk (helped by the spiked dark hair), while Minnie the Minx attacks the establishment in the form of teachers, parents and policemen.

Work by similarly nonconformist Sarah Lucas and Fourth Plinth artist Heather Phillipson will be displayed alongside original comic drawings from more than 4,000 editions, many never seen before. The exhibition intends to be not only irreverent, but immersive. The organisers say visitors will feel ‘as if they’re stepping inside a page of the comic’ – hopefully without encountering catapults and stink bombs.

Beaten by the ‘bastards’