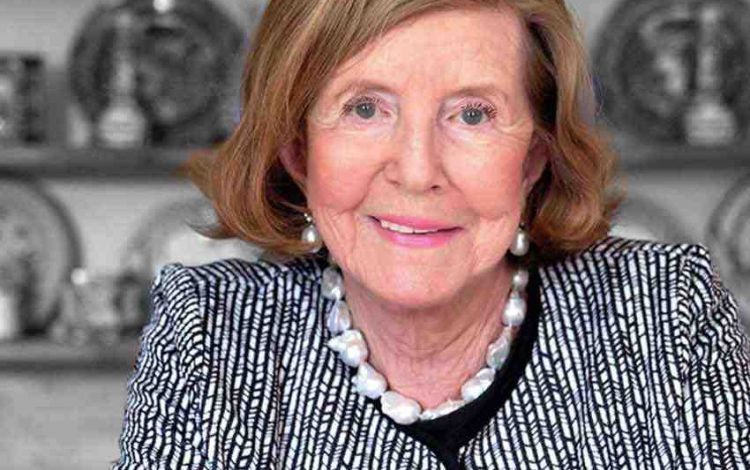 The Queen's Maid of Honour and Princess Margaret's best friend has shot to global fame with her bestselling memoir, Lady in Waiting

Lady Glenconner, 88, must be one of the most active Oldies of the Year to join that distinguished group, several of them centenarians.

She was already well known through many a TV interview, having been a Maid of Honour at the 1953 Coronation, a friend and Lady-in-Waiting to Princess Margaret, and as wife of the maverick Colin Glenconner, who bought the island of Mustique and turned it into the most exclusive and glamorous of all Caribbean resorts. Since 2019, she has shot to global fame with her bestselling memoir, Lady in Waiting.

To talk to Anne today is to hear news of Russian editions, Japanese translations and excitement for her new book, Murder on Mustique. There is a lilt in her voice; she is having the time of her life. She has emerged from a far-from-easy existence. Born as a girl when her parents, the Earl and Countess of Leicester, sought a male heir, she felt she was a disappointment. She later married Colin, a man with a wild temper, who failed her at his death by leaving his money to a man he worked with on St Lucia. She lost two sons and nursed a third son back to life following a near-fatal accident. Her book tells her story with courage and zest, and she launched it by taking over Graham Norton’s TV show – no mean achievement.

For some years she kept her spirits high by cooking up imaginary deaths for Colin – wrapping him up in cotton was one ingenious plan. Wisely, she diverted these fantasies into a work of fiction.

My uncle gave peace to the world - Anthony Lipmann