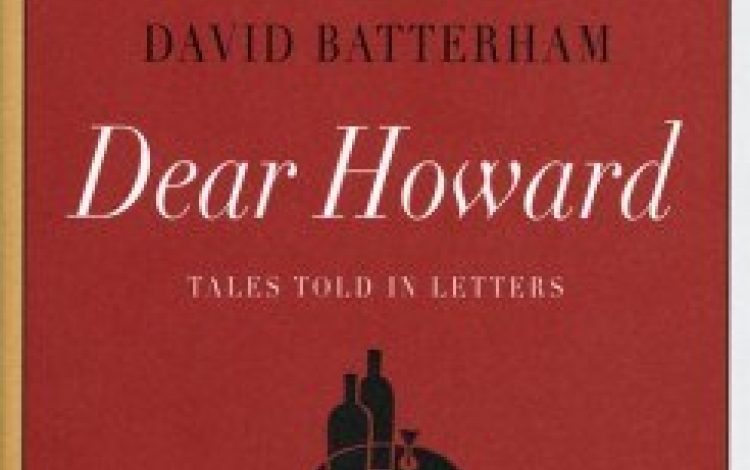 ‘Would you believe it? They’ve lost our luggage!’
View Full Size
1
of 1

Dear Howard: Tales Told in Letters By David Batterham, with a foreword by Barry Humphries

‘There will come a time,’ writes Barry Humphries in the foreword to this wine- stained and one-sided correspondence between the book dealer David Batterham and the artist Howard Hodgkin, ‘when my grandchildren may ask the question “What is a bookshop?”’

Batterham (pronounced Battram) is an endangered species, one of the gentle, obsolescent breed of heroes described by the poet Keith Douglas as ‘unicorns, almost’. He is, although he doesn’t let on, distinguished in the book-dealing world, specialising in ‘books one can enjoy without having to read’ – in other words, anything except poetry, history or literature. Batterham’s letters to Hodgkin, sent during what he ironically calls his ‘buying trips’ between 1970 and 2006, fall into a similar category.

Dear Howard is less a collection of tales than a flick-book of rapid pen-and-ink sketches in which Batterham catches what he looks like alone and in the company of other unicorns. We can picture him clearly because he describes, in a letter from Venice in 1974, what he is wearing and we learn later that he has only two sets of clothes.

‘I am wearing my 1964 Jaeger sale jacket with a hole in the elbow and the buttons no longer meeting the buttonholes; my Oxfam Shop, white, lambswool sweater, back to front because of the wine stains and holes burned by Gauloises debris, and my Cheltenham rotter’s trousers.’

One bookseller in Porto, who takes Batterham to lunch in a workmen’s caff, gleefully tells his wife that ‘a famous English dealer has been to see him “in rags” ’. Because he tends to write to Howard during lunch, we need to imagine the impact on Batterham’s lambswool sweater of various soups and sauces.

His letters are often about lunch. In the Midland Hotel in Morecambe in 1982 he has the set dinner for £9, where the helpings are not as large as they were in Carlisle the month before. There he was given a ‘butcher’s tray’ of lamb cutlets plus little divided dishes for roast potatoes, beans, carrots, onions, cauliflower cheese, ratatouille, green salad and chips.

Batterham is not a natural traveller. ‘It is quite hard being here,’ he writes from Hammamet, Tunisia, in 1973, ‘although there is really nothing to do.’ On this occasion, he is the guest of a rich American called ‘Jean (pronounced Gene) Henson’ whose refrain is ‘I knew them all; they all knew me.’

Jean, who is selling some books, entertains Batterham with his life story: ‘I’ve been lucky, David. And not just lucky. I’m intelligent, an intuitive animal… When I first saw Cocteau, I decided to seduce him.’ David, not the listening sort, tries to look interested.

His pared-down, melancholic prose never strains for effect. Each sentence comes out at perfect pitch. In Copenhagen, Batterham compares the flight of ‘hundreds of trumpeting birds’ to ‘a vast, flapping washing line of white shirts’. A bookseller in Lisbon, where Batterham buys a book about childbirth with ‘hand-coloured plates of wombs and tubes’, asks, ‘quick as a lizard catching flies, for £4 in cash’.

From a café in Barcelona in 1976, where he is smoking a French cigar (‘the cheapest brand there is’), Batterham tells Howard about a Very Old Artist he has met called Edmond X Kapp, who was both Edmund Blunden’s commanding officer in the First World War and the ‘only person for whom Picasso actually sat for a portrait’. Kapp’s account of painting Picasso was, says Batterham, ‘a barefaced masterpiece of anecdote’ – which phrase might equally describe this rare and singular book, which will doubtless soon also be a collector’s item. Back to the Front: Nicola Shulman reviews 'Robert Graves – From Great War to Good-Bye to All That, 1895-1929' by Jean Moorcroft Wilson

This story was from October Issue issue. Subscribe Now