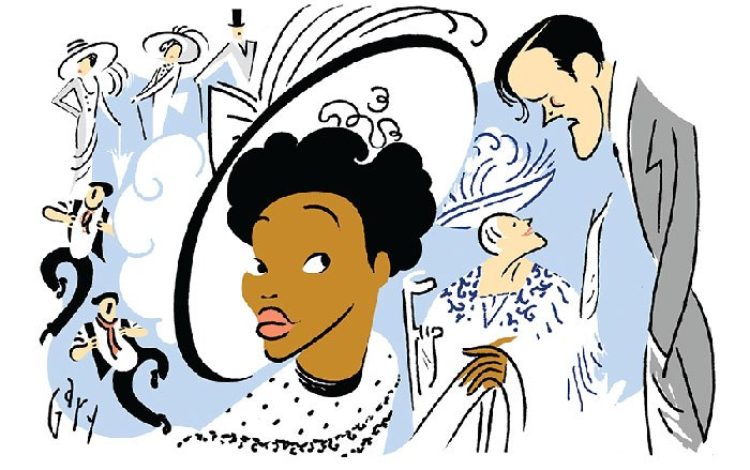 A surprisingly relevant - and delightful - revival of My Fair Lady. By William Cook

Most oldies will be familiar with the genesis of My Fair Lady, how Broadway duo Lerner and Loewe transformed George Bernard Shaw’s brilliant but wordy play Pygmalion (1913) into one of the finest musicals of the last century, made into the 1964 film.

I went along to this revival expecting to see a quaint period piece. I didn’t expect to see a show that felt so relevant and alive.

Watching this sumptuous production (which opened at New York’s Lincoln Center Theatre in 2018, and has now transferred to its spiritual home, around the corner from Eliza Doolittle’s Covent Garden), I kept thinking how much my grandmother had in common with Shaw’s heroine.

Her story wasn’t quite as dramatic as Eliza’s. Like a lot of women of her generation, she merely ascended from upper working class to lower middle – Shaw would have understood the importance of these distinctions. His fable speaks for countless women like her, who pay a heavy price for their ambitions.

My grandmother was born and raised in New Cross, not so far from Eliza. She learnt to speak proper and to better herself, and ended up in no-man’s land, estranged from her working-class roots but never accepted by polite society. She spoke slowly and carefully. She sounded like Princess Anne. Only when she lost her temper did her Sarf London accent break through.

Today a working-class accent isn’t such a social handicap, but there are other barriers to advancement, which is why the casting of Amara Okereke as Eliza is inspired. Okereke’s ethnicity adds a new dimension to the drama, and her heartfelt performance lights up the stage. Her transformation from Cockney flower-seller to ersatz gentlewoman is dazzling, and the emotional depth she brings to the role makes it live and breathe.

Feisty yet fragile, defeated but defiant – she breaks your heart as you watch her fulfil her dream of becoming a lady, only to realise the prize she’s won is hollow. I never would have guessed she’s a new addition to this seasoned show. She’s so self-assured in the big song-and-dance numbers and so vulnerable in the quieter moments, it feels as if she’s been playing this part for years.

Harry Hadden-Paton is similarly subtle and complex as Henry Higgins, the posh professor of linguistics who reduces Eliza to a specimen in a sociological experiment. As the show’s American director, Bartlett Sher, says, Hadden-Paton ‘knows the world of this show’ (he went to Eton and has been in Downton Abbey and The Crown). Hadden-Paton resists the temptation to play Higgins as a heartless Svengali. Rather, he reveals him to be emotionally stunted and constricted, hiding his insecurity behind a mask of intellectual savoir-faire.

A fresh-faced 41, he’s a younger Higgins than usual (Rex Harrison was in his mid-fifties when he played the role in the movie), and he plays him as more like a 31-year-old, which brings an added layer of sexual tension to his relationship with Eliza.

There are other fine performances right through the batting order. Stephen K Amos is delightful as Eliza’s feckless, charming father. And what a treat to see Vanessa Redgrave, 85 years young, as Mrs Higgins, 55 years since she played Guinevere in Lerner and Loewe’s Camelot.

Sher moves his ensemble around the stage with superb aplomb, yet his directorial influence is discreet – he is ‘more like a conductor than a composer’, as he puts it. If only all directors were so restrained. Nearly 70 years since its US première (with Julie Andrews as Eliza), the songs feel as fresh as ever: With a Little Bit of Luck; I Could Have Danced All Night; On the Street Where You Live…

It’s almost an embarrassment of riches, and my only gripe is that, at three hours (including a 15-minute interval), this production feels 15 minutes too long. The climax of the play comes right at the start of Act Two, and some of the later scenes are a bit flabby, with reprises of three numbers from Act One – is it just me, or do these songs never sound quite as good second time around?

It’s like one of those hotel buffets where everything is so delicious that you stuff your face and end up feeling rather bloated. I feel sure a few discreet cuts in the second half would make this super show even better – but what do I know? The opening night got a standing ovation. I’m sure it’ll be the first of many.