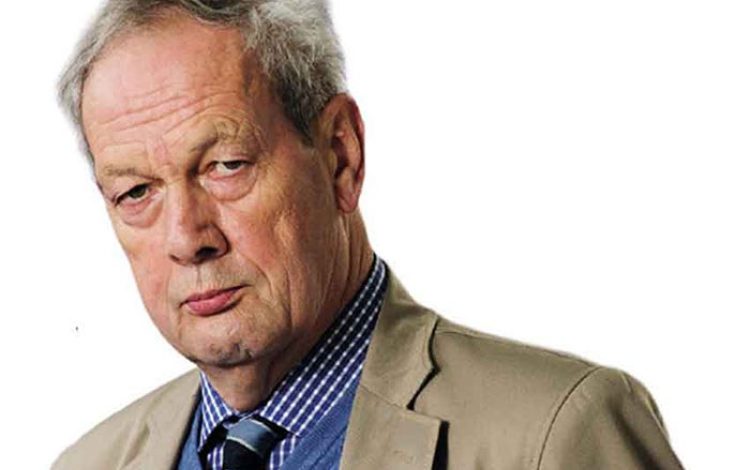 Norman Stone agreed to read Leslie Croxford's novel about Hitler's architect, Albert Speer, who Stone had dined with the night before he died

I first met the historian Norman Stone in Istanbul on 2nd November 2007.

It was not the first time I had seen him. I missed being supervised by him at Cambridge by just a few years.

Yet we sometimes nodded in greeting when he wheeled his bicycle into Gonville & Caius College, smart in a blazer as the studious young research fellow finishing The Eastern Front 1914-1917, the book that was to win him the Wolfson Prize.

Years later, when Oxford made him professor of modern history, I saw him again, in a Chinese restaurant off Leicester Square. He was lunching with loud journalists. Bored, he turned a pasty face with a baleful eye in my direction, but without recognition.

By the time I asked to meet Stone in Istanbul, Oxford was well behind him. He was working at Bilkent University in Ankara. He came to his house in the Galata neighbourhood of Istanbul for weekends.

I was writing a book about Albert Speer, Hitler’s architect, whom Stone had dined with and interviewed for the BBC the day before Speer died in 1981.

Stone agreed to meet me at the Hilton. He arrived mid-morning in an old green sports jacket, complaining of the previous night’s bus ride. He immediately dispensed with coffee.

I began asking what he knew about the young German woman, married to a British Army officer, with whom Speer had been conducting an affair at the time he died in London.

Remembering his dinner with Speer at Brown’s Hotel in Albemarle Street, Stone spoke of his good company, despite the Teutonic gravitas. The women on the set of the BBC interview were bowled over by his bearing and his looks, even at the age of 76.

Stone walked out of the hotel with me, talking as he did so. Only after a third of a mile, replete with excoriating attacks on historians, publishers and Oxford, did Stone realise he was going the wrong way.

But before he turned, I managed to say that I was writing a novel about Speer. Would he read it? ‘Yes,’ he said.

In 2017, I wrote to him, finally asking him to read my novel once I’d finished it.

I had almost completed it when I read his 2017 article in The Oldie: ‘Albert Speer’s last night in Brown’s Hotel, Mayfair – with Norman Stone’. It ends with the words: ‘It is not clear that we need another book on Speer, or perhaps even on anything else to do with Nazi Germany, unless it’s a really good novel or film.’

Norman Stone died in 2019, before I could send him my book. The moral: don’t sport with death.

I do regret not hearing what he thought of it. I just hope he would have considered it worth the gamble.

Another Man by Leslie Croxford is out now