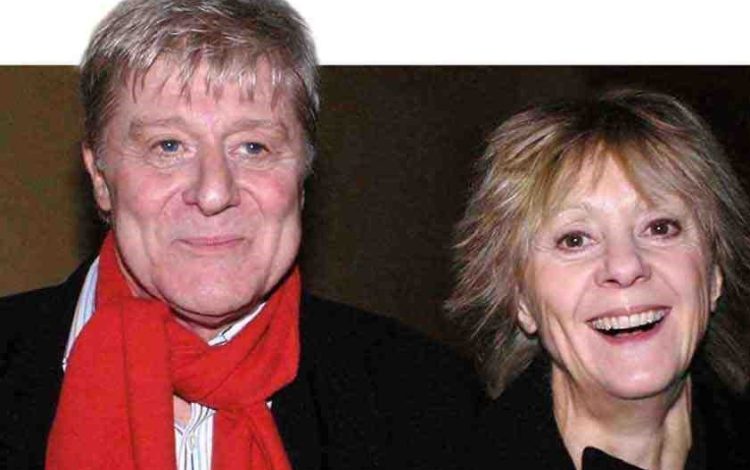 No sooner had Esther Rantzen said on Radio 4, ‘Make us laugh during lockdown – give us Martin Jarvis reading Just William, give us P G Wodehouse,’ than it was done.

By a stroke of luck, the latest Wodehouse production from the husband-and-wife team of Martin Jarvis and Rosalind Ayres was already in the pipeline. And when the BBC implored them for more Just Williams, Jarvis found five he’d never done before, adapted and recorded them ‘at the speed of light’, even though he was by now stuck in Los Angeles.

That’s how we’ve been getting wall-to-wall Jarvis on Radio 4. There’s the Jarvis-directed Michael Frayn sketches, Mobile Magic. And the two-part Leave It to Psmith, starring Edward Bennett, who was ideal as Wodehouse’s agreeable rogue Psmith (‘The p is silent, as in phthisis, psychic and ptarmigan’). And there was Jarvis himself playing Lord Emsworth, ‘drooping like a damp sock’, as his sister Constance (Patricia Hodge) says. As a bonus, there was a new William story at noon each day – including Jumble, the tale of how William acquired his beloved mongrel companion.

After 48 years, he knows exactly how to capture the voice of each character. How does he do it? In replying, he at first adopts the fluting voice of one of the dotty ladies William meets – deluded spiritualists, poetesses and batty aunts. ‘It is not I who find the voice: their voices find me!’ he trills in batty-aunt mode.

Then, as Jarvis, he says, ‘With all great writers, I look to them to dictate the character. Charles Dickens – what a great director.’ Nobody will forget Jarvis’s oleaginous, writhing, twisting Uriah Heep in David Copperfield on TV.

And he invests each Outlaw with a distinct personality: studious Henry is the boffin; lugubrious Douglas looks on the dark side; jaunty Ginger is Horatio to William’s Hamlet. Then there’s the hated rival Hubert Lane, with his thin rictus of a smile.

Long ago, when I first interviewed Jarvis, I took along my William-mad, William-aged son, Oliver. He told Jarvis he seemed to shape his mouth into a dog’s bottom to speak William’s words, and Jarvis decided he was right. (‘How’s old Dog’s Bottom these days?’ Jarvis asks me.)

Nobody understands William as intimately as Jarvis does. ‘People who see him as a mischievous little scamp are quite wrong. William is driven by a sense of justice and moral rightness. He’d like to be prime minister to sort things out for the “underprivilidged”, who include himself. In fact, William is like Boris: he would really like to be World King – controller and emperor of all he surveys.’

An example of William’s devotion to ‘doin’ good, ritin’ rongs’, Jarvis reminds me, is William and the New Neighbour: a horrible man moves in next door to a dear old lady and poisons the lady’s little dog. ‘Don’t worry,’ William assures her, ‘I’ll see to it.’ He sets up a device in a dark corner of his garden (‘Mother, I’d really like to try makin’ a garden, like you always want me to’), making the new neighbour’s doorbell ring whenever anyone walks past his gate. Tormented into accusing and assaulting innocent passers-by – the headmaster, the vicar – the horrible neighbour is soon driven to move house again. A William triumph.

Crompton and Wodehouse inhabit the same idyllic England, locked in the same era, with a shared wit and imagining similar characters, often absurd yet somehow always believable. In his south-London boyhood, Jarvis read both; he went to prep school at Wodehouse’s alma mater, Dulwich, before attending the Whitgift School (minor public) in Croydon – just five miles from Bromley High School for Girls, where Richmal Crompton was classics mistress.

Jarvis’s versatility is infinite, as is his productivity: witness his brilliant memoir, Acting Strangely. It took him months to cut Psmith (89,000 words) into a 25,000-word drama – probably longer than Plum took to write it. He’s played Jeeves on Broadway. He’s voiced ads for products from Old Spice to Twix.

In his version of The Trials of Oscar Wilde by Gyles Brandreth, he does every voice from QCs to rent boys. When he plays a creep like the vicar in Ayckbourn’s Woman in Mind, he is chilling.

He met his wife when she was Ophelia to his Hamlet, and now they are a cottage industry, acting, producing and directing together, leaving their home in Belgravia for forays to Hollywood to cast stars and record plays for radio: David Mamet’s Glengarry Glen Ross, with Alfred Molina and Stacy Keach, or a James Bond drama with Toby Stephens as Bond.

Now all projects are on hold. ‘Jared Harris and his wife Allegra are similarly isolated, in the house opposite. We have socially-distanced cocktails, perched on stools, across our parking area. I think Plum Wodehouse would’ve found that pretty rummy, don’t you?’