Michael Billington - Putting the Rabbit in the Hat, by Brian Cox 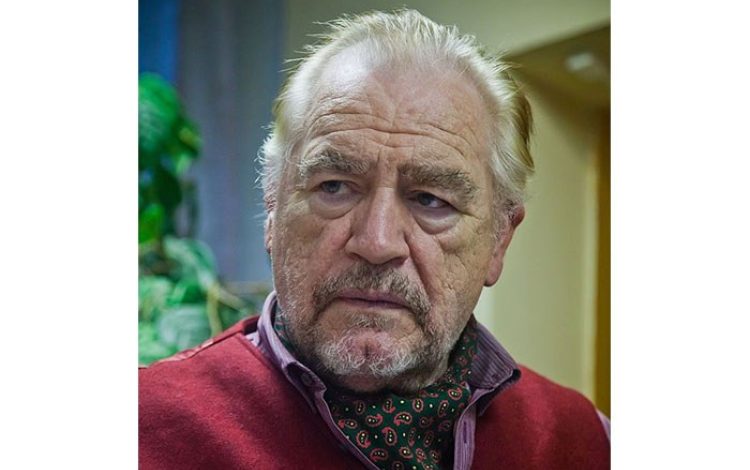 One of Brian Cox’s great strengths as an actor is playing flawed patriarchs. By Michael Billington

One of Brian Cox’s great strengths as an actor is playing flawed patriarchs.

His magnificent Logan Roy in Succession has echoes of King Lear, a character Cox played at the National Theatre. Both men are addicted to power and have a wayward love of their children which manifests itself in demonic rages.

You learn a lot about Cox’s approach to both characters, and to acting in general, in this enormously readable if somewhat ramshackle autobiography.

What first strikes one is Cox’s unflinching candour. He writes very honestly about his Dundee childhood and his mixed ancestry. His father, who died when Cox was eight, was proudly Scottish. His mother, who lapsed into mental fragility, was a fervent Irish Catholic.

Money was tight after his father’s death and, leaving school at 15, Cox got work at Dundee Rep, went to a prestigious London drama school and soon made his mark in theatre and TV before, at the age of 50, deciding to uproot and become a Hollywood character actor.

In a sense, it’s a classic rags-to-riches story, but it is one peppered with self-criticism. Cox has been blessed with four children from his two marriages but admits he has often been ‘a fairly crappy father’. He also confesses to a ‘propensity for absence’ in his relationships: not so much a physical as a spiritual absence at moments of crisis. All this leads to a repeated use of the word ‘expiation’, as if acting for Cox is a way of purging his private guilts.

If this makes the book sound like an agony fest, one should say that it is full of showbiz anecdotes and two exceptional passages about the process of acting.

At the Royal Court in 1969, Cox gave an unforgettable performance as a troubled son returning to the family home in David Storey’s In Celebration.

Lindsay Anderson – one of the few directors Cox admires – encouraged him to take his time on first re-entering the house, imagining all the changes that had taken place over the years.

‘Don’t just do something; stand there,’ said Anderson, encouraging Cox to infuse his acting with a capacity for stillness.

Totally contradictory advice came in 1980 when Cox was touring India with Macbeth for the Cambridge Theatre Company. At one point, his 16-year-old female dresser, watching him from the wings, urged him to move more in the speech where Macbeth confronts an imaginary dagger. For Cox, this was a revelatory moment, leading him to shed his inhibitions and acknowledge his physicality: something that paid off handsomely in 1987 when Cox played Titus Andronicus – another flawed patriarch – for the RSC in what he describes as his favourite performance.

If Cox is excellent on the specifics of acting, his generalisations sometimes puzzle me. He says a couple of times that cinema is an egalitarian art form, whereas theatre is an essentially feudal construct – yet I can’t imagine anything more hierarchical than a film set, where the director literally calls the shots.

And while he is honest about his own defects, Cox is no less harsh on others. He accuses Ian McKellen of what he terms ‘front-foot acting’ that offers no expiation. Doesn’t that just mean that McKellen is a different kind of actor from Cox? And simply because Cox didn’t enjoy appearing in Marlowe’s Tamburlaine at the National Theatre, it seems absurd to describe Peter Hall’s terrific production as ‘a shitfest’.

Although Cox talks a lot about the importance of focus in acting, he doesn’t apply the same principle to his writing. A chapter on directors starts off with Spike Lee, before veering off into all the film franchises of which Cox has never been a part before finally homing in on Woody Allen. Cox is clearly a man who, whenever he sees a byway, can’t resist the temptation to explore it.

Yet, for all its faults, I enjoyed the book immensely. Cox is open about his personal failings and doesn’t attempt to disguise his professional disappointments. It clearly rankles that having played Hannibal Lecter and Winston Churchill on screen, Cox saw other actors go on to win Oscars in the same roles.

But Cox also records his wonderment at going from star-struck Dundee filmgoer to pivotal Hollywood player.

And he writes illuminatingly about Succession – ‘It’s about Logan Roy trying to teach his spoiled, entitled children the value of hard work’ – in a way that explains his rare ability to find the humanity in bullying patriarchs.

Anne Robinson - One Party After Another: The Disruptive Life of Nigel Farage, by Michael Crick