My banking crisis - by Michael Cole 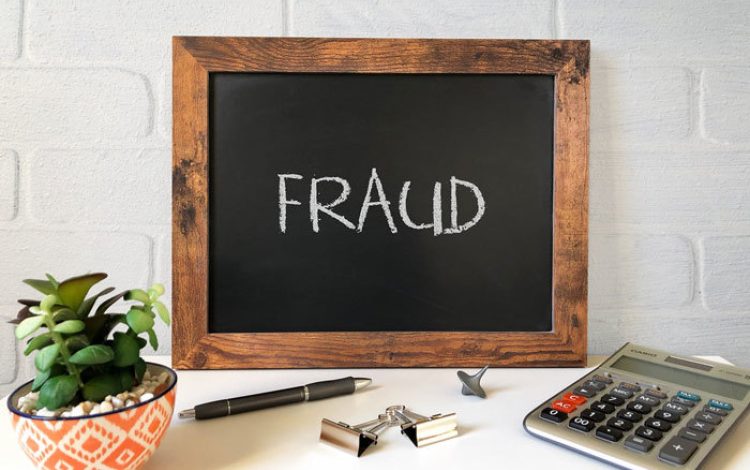 When Michael Cole fell prey to fraudsters and his blundering bank, the Financial Ombudsman was useless at helping him out

The Financial Ombudsman Service. Sounds good, doesn’t it? I imagined some sort of Nordic white knight riding to the rescue of people who have been ripped off by swindlers.

I couldn’t have been more wrong.

When I took two separate complaints to the Financial Ombudsman Service – appointed by the Financial Conduct Authority and paid for by you and me, the taxpayers – the ombudsman rejected both of them. This was despite compelling evidence of the wrongs I had suffered in the two cases below.

At 1am on 19th April 2018, internet fraudsters somewhere in the world opened a bank account in my name at Bank of Scotland (BoS) – a bank I’ve never used.

The fraudsters had some of my personal details. Scandalously, BoS then checked those details with Scottish Widows, its sister company in the Lloyds Banking Group, with which I’ve done legitimate business for years.

Having made those checks, BoS opened the account and gave the fraudsters an instant overdraft facility of £500. The thieves promptly stole that £500, funnelling the money through false accounts at the Halifax and

Asleep in bed in Suffolk, I knew nothing of this. The bank claims to

have sent me a letter notifying me of ‘my’ new account. If they did, I never received it. It wasn’t until ten months later that I did get a letter, warning me that ‘my’ £500 overdraft had been exceeded by £29. A cheery letter said that if I paid the £29, everything would be fine.Fearing correctly that I had been the victim of ‘personation’ – the assumption of another person’s identity for criminal purposes – I immediately called BoS. They confirmed that the account was closed and they would write off the overdraft. Days later, I received further letters from the bank demanding payments.

It got worse. The bank told me that a CIFAS (Credit Industry Fraud Avoidance System) marker would be put against my name. This is a red flag that tells anyone who cares to look that I have been the victim of a scam.

I found this appalling. I have worked for 58 years and I have never borrowed a penny. I have never even had a mortgage. But what if, unexpectedly, I did need to borrow money, for an emergency, perhaps? A CIFAS marker wouldn’t be much help, would it?

I have a small investment in Scottish Widows which pays me a modest annual annuity of less than £3,000.

In 2018, Scottish Widows used the wrong policy number to calculate the value of my investment. It said I would now receive annual annuity income of £15,005.92.

Thanks to their insistence on the higher annuity, I made several financial commitments I wouldn’t have otherwise made, including booking a holiday.

It took some time for Scottish Widows to admit its error which, says the ombudsman, resulted in ‘significant trouble and upset caused to Mr Cole’.

In his adjudication of the case, the ombudsman was free with kind words like these ones. But the service doesn’t make the punishment fit the failure. Only a hefty financial penalty would make BoS or Scottish Widows take proper steps to ensure they don’t subject ordinary people like me to two years of work and worry.

removal of the false bank account from its credit file.

Scottish Widows offered me £2,000 compensation for its abject failures. The ombudsman said this ‘fairly reflects the loss of expectation and level of trouble and upset experienced’.

I disagree. Ten times their measly offers would be fair – not to enrich me but to teach them both a proper lesson.

The errors I endured simply should not have occurred. They will be eliminated only if financial institutions install efficient systems and start to show the level of personal service they boast about in their advertisements but which is rarely there in reality.

In the Scottish Widows case, I appealed against the ombudsman’s

initial endorsement of the £2,000 offer, but my appeal was dismissed by the ombudsman’s internal appeals procedure. Having failed with that appeal, I didn’t bother to appeal against the ombudsman’s subsequent ruling

that the BoS compensation of £250 was also a ‘fair offer’.

I cannot go to the expense of suing a bank and an assurance company. I have therefore reluctantly accepted both sums.

The most worrying aspect was the comment from the ombudsman inspector who dealt with the BoS case:

‘I cannot comment on the bank’s security processes or systems or say that these should be changed.’ But that is precisely what a proper ombudsman should be doing to protect the public.

As for the swapping of information

by companies within the Lloyds Banking Group, the ombudsman wrote, ‘I don’t think that the practice of sharing such information is unreasonable.’

To my mind, that is nothing less than a negation of responsibility. The only service the ombudsman is doing is not to the consumer, but to the big boys in the City the service protects.

Michael Cole was Royal Correspondent for the BBC

The stuff of genius