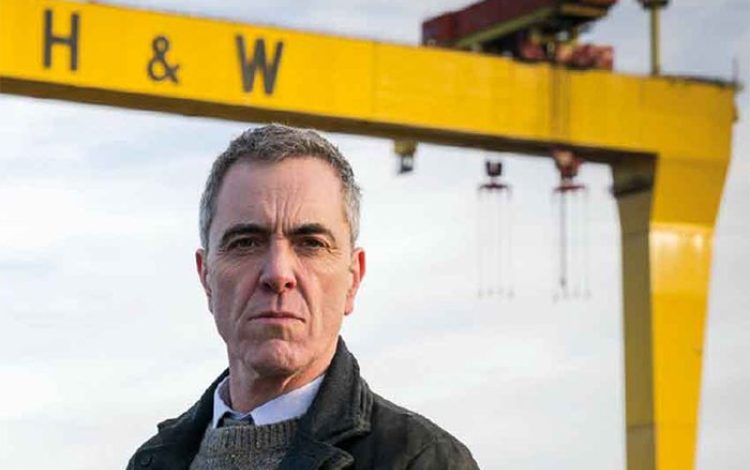 After a crime spree, Roger Lewis has discovered that television coppers are invariably sour, disconsolate, angry all the time and stressed, their faces pasty under the strip lights

I have been on a crime spree. I started with the well-received State of Play, made in 2003 and starring the elfin John Simm, a camp Bill Nighy and future film star James McAvoy, with his devilish grin. Many Baftas came its way; the series is available on Amazon Prime.

It’s not only the props that are historical – boxy television sets and primitive computers; documents shuffled into cardboard folders; fax machines; people smoking in offices and hospital corridors and reading actual newspapers on trains.

What struck me were the antiquated attitudes, such that women were cast as subservient secretaries, bringing comfort; the gays were there to be mocked, sneered at; and the plot hinged on the exposure of a Cabinet Minister’s adultery. Sex outside Holy Wedlock used to get everyone in a flap. Who’d have imagined two decades on that a Prime Minister can live openly in Downing Street with his mistress, illegitimate baby and incontinent dog and nobody much gives a toss? Progress, of a kind.

After writhing and squirming and loudly expressing his innocence for six episodes – had he killed his pretty ‘researcher’ or had he been framed by the secret services? – David Morrissey, who is always good at looking out of his depth, was indeed revealed as the guilty party.

Exactly the same game was played in The Undoing, where Hugh Grant’s charm finally curdled, and he was the one who in the last reel was unmasked as the killer. In a flashback scene after his trial, we saw him smash his mistress’s head against a wall. As when he was Jeremy Thorpe, Grant is starting to excel at being dangerous and repellent.

Nicole Kidman, as Grant’s wife, played a psychologist who was so perspicacious she saw none of this coming. What I noticed about Nicole was the puffy smoothness of her cheeks and the pinkness of her nose, as if a glistening dewdrop was about to fall from it. The Undoing was shot in a wintry New York – so, as an Australian, maybe the actress felt the cold.

In Bloodlands, with James Nesbitt – he of the absurd George Robey eyebrows – the same plot device was employed yet again: the hero for whom we’d been rooting for hours was the villain suddenly to be booed and hissed.

We all thought grieving DCI Tom Brannick was digging up his wife’s skeleton, but the body or bodies found on a remote Irish island had to do with IRA reprisals and executions – the executioner being DCI Brannick, who hid his gun under a lobster pot.

All this cross and double-cross – I couldn’t follow any of it, and never worked out whether the names Pat and Jackie referred to men or to women.

The longer I watched, the more obtuse the series became. Nor was it explained why a senior officer, DCS Twomey, could afford to live only in a mobile home by a bog.

The shocking fact divulged in Unforgotten was that a police officer expects to pack it all in and collect a whopping, public-sector index-linked pension plus tax-free lump sum after 30 years. This explains the crowds of early-50-something ex-coppers with money to burn lolling about on the Costas. Or else they go in for compulsive DIY. Several known to me personally are on their fourth fitted kitchen.

Anyway, in the latest Unforgotten, Nicola Walker was very indignant she had to keep going for another three months before she could claim this largesse. As usual, a body from decades back turned up in a chest freezer and a group of disparate suspects, Dean, Fiona, Liz and Ram – police cadets from Hendon, as it happened – had all had a hand in it.

The past is not to be shaken off, ran the moral. It’ll rise up and smack you down. Consequences can’t be prevented or evaded.

The other lesson I picked up from all these programmes is there’s no such thing as a laughing policeman, not since Kojak sucked his last lollipop. Coppers are invariably sour, disconsolate, angry all the time and stressed, their faces pasty under the strip lights.

In Grace, therefore, about Detective Sergeant Roy Grace, John Simm, previously elfin, was now a sombre garden gnome in need of a lick of paint. The plot had to do with a property developer buried alive in a coffin. He was exhumed, beaten up, had his finger chopped off with secateurs and was later discovered bound and gagged in a freezer – maybe the same freezer as the one Nicola Walker was examining, saving on the need for new props.

As regards Oprah with Meghan and Harry, what we mustn’t forget is that Meghan’s an American – and as Evelyn Waugh said when told Edmund Wilson had criticised his novels, ‘Is he an American? I don’t think what they have to say is of much interest, do you?’