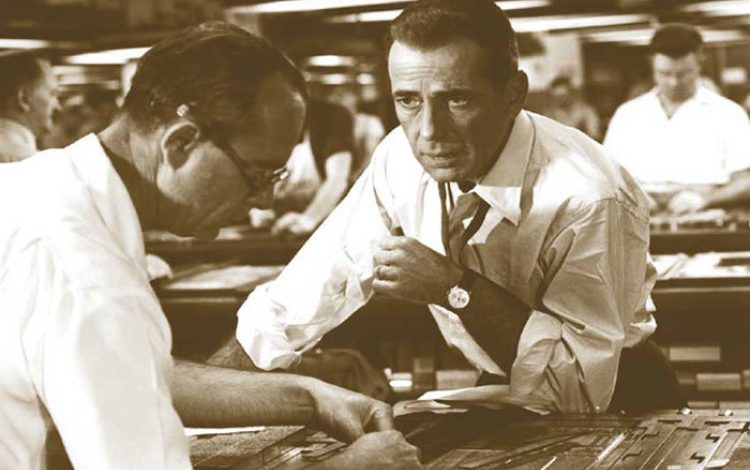 As local newspapers close, who will cover the courts, councils and cockroaches? Frances Welch reports on the good (and bad) old days

I spent four years, from 1980, on the now defunct West London Observer. That authoritative title belied a sort of Dad’s Army operation, rounded off with a touch of Carry On. The headline for my first front page splash, following a robbery in Fulham Palace, ran, ‘Thief flees with nuns’ undies.’

I doorstepped the late Falklands hero Major General Sir Jeremy Moore, who was then on ‘terminal leave’ and in danger of losing his Ministry of Defence flat in Notting Hill. The headline? ‘Knight on the dole.’ I interviewed the actress Francesca Annis after her house in Fulham had been burgled and Screaming Lord Sutch when his house was invaded by revellers at the Notting Hill Carnival.

I visited the recently built Grenfell Tower several times to listen to residents’ complaints about cockroaches. They threatened to withhold their rents, and the council duly fumigated the flats. Some 37 years later, a properly bullish local paper might have been able to offer a louder and more effective voice for the residents’ fears of fire.

West London Observer, based in Hammersmith and heralding itself ‘best in the West for 123 years’, performed a sort of social service, sorting out pests, damp flats and lost dogs. We were once tasked with rescuing three goats from a tumbledown yard in North Kensington. There were heartwarming stories about community centres, schools, charities, hospitals and jumble sales alongside endless royal stories, not least that of Joseph Cassenelli, 74, who went to a garden party without his dentures: ‘By gum – teeth miss royal date’.>span class="Apple-converted-space">

But it was a rackety outfit, with an unsettlingly edgy editor, an angry news editor and a shifty chief reporter. The editor, the late Susie Ollard, wore black leathers, liked a drink and loved cats: ‘Moggies’ paws burnt, in fire that killed their owner,’ ran one headline. A competition was held in which cat-owners categorised their pets as saints or sinners.

The trio once returned from a long, Fleet Street-style lunch to discover that Anwar Sadat had been assassinated in Cairo. When I revealed that I already knew, the news editor, Jeff Mullins, was red-faced with fury: ‘Why didn’t you tell us?’ He jabbed his finger at me: ‘YOU – get a local angle!’ At one point, he forced me to sit next to him, claiming I was making too many personal phone calls. When I suggested that friends could also be sources, he barked darkly, ‘In this business, doll, you don’t have friends.’

The elderly chief reporter, the late Reg Cryer, formerly of the Daily Sketch, would regularly ‘come through’ with picture stories on press night, several featuring glamorous flamenco dancers.>span class="Apple-converted-space"> When I expressed my astonishment and admiration to a fellow reporter, she responded with a snort: ‘He just makes them up.’

Police were as venerated as cats. Jolly features about new breeds of police dog ran alongside cheery photos of Notting Hill Carnival revellers in policemen’s helmets. There was PC Alan Costello, who saved the life of a pensioner who had been run over in Fulham Palace Road, and PC Peter Mitchell, who retrieved a beloved pet ferret from a six-foot hole in Galena Road. But when I interviewed a young black man in Shepherd’s Bush who complained about having been beaten up at the station – giving all sorts of plausible details – my boss was resolutely uninterested: ‘No, no. We don’t do that sort of thing.’

Of course, I’d forgotten about that ‘special relationship’, forged in weekly police calls to all four ‘nicks’. Twice a week, a friendly Irish PC at Notting Hill met me and a fellow reporter from the also defunct Kensington Post. He loved beguiling us with tales from the All Saints Road, usually involving drugs and billiard cues. He was allowed to give us the names of the streets where incidents took place, but not the house numbers. Fortunately, he could usually be persuaded: ‘Well, how long is the road, girls?… Oh, all right then – number 102.’

In 1983, the office closed and the bosses disappeared, as the West London Observer merged with the slicker and more prestigious Shepherd’s Bush Gazette in Acton. ‘The Gazette’s walked all over us again!’ had been the news editor’s furious cry for years. The thrusting young editors at the Gazette were rather wary of their new reporters. I remember being closely questioned about the owner of a chippie that caught fire: ‘Wait a minute, did this woman actually SAY that all her dreams had gone up in flames?’

Gazette closed in 2011, outlasting the West London Observer by 27 years. Whether hard-hitting or bumbling, most remaining local newspapers are under threat. And when they are gone, who will cover the councils, the courts and the cockroaches – not to mention the cladding?>span class="Apple-converted-space">