Nikhil Krishnan - The Amur River: Between Russia and China, by Colin Thubron 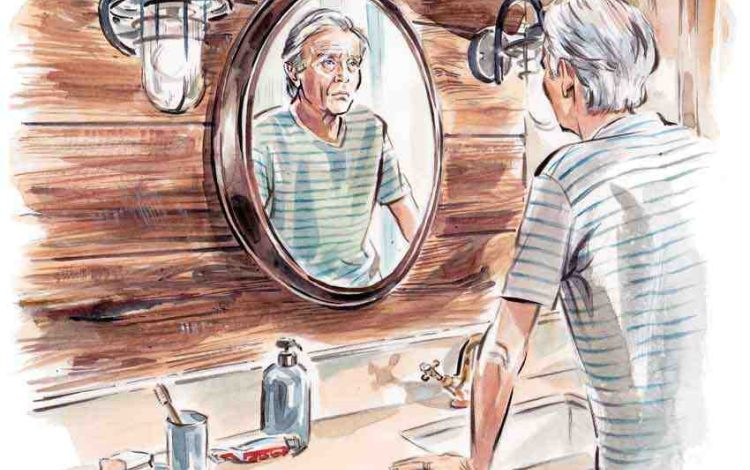 Thubron is a travel writer in the old style, for whom the writing is as much the point as the travel, writes Nikhil Krishnan

Late in this book, which may be his last, Colin Thubron writes his most unsettling sentence: ‘Over the past weeks, in a hotel mirror, I have seen with surprise an old man in his eightieth year, then forgotten him.’

He sees himself, for a moment, as his doughty Siberian companion must do, as ‘a stubborn pensioner’, travelling for obscure reasons along the mighty but unsung Amur river, through parts of Mongolia, Russia and China that only a British travel writer could love.

Thubron is a travel writer in the old style, for whom the writing is as much the point as the travel. In his non-fiction – he is also a novelist of some distinction – he is both a well-known literary type, and one of a kind. He has Bruce Chatwin’s love for rugged landscapes but advances no cod philosophy to explain his idiosyncratic wanderlust. He has some of V S Naipaul’s world-historical melancholy, but no thesis to advance about history or empire.

The Thubron style is marked, rather, by a low-key lyricism, a downbeat elegance. It can be funny, usually at the expense of some officious bureaucrat (of whom Russia and China ensure a ready supply), but the dominant note is elegiac. On such a journey, he is never short of things to mourn: forests razed for timber; rivers plundered for roe; the sites of mass graves or former labour camps.

The journey takes him to Buddhist monasteries, abandoned churches, forests full of bears and sables, and small towns that yield nothing but stories of loss. Thubron gives us glimpses of the landscape as seen through the eyes of other sojourners – missionaries, journalists, diplomats, exiled revolutionaries or royals and, every now and then, Anton Chekhov, the most famous literary traveller to these parts.

Thubron has no defined political outlook, unless a sense of the tragic in human life is enough to count as a politics. He describes what he sees, in its occasional ugliness, and reports, usually without gloss, what the people he meets tell him, even when it is full of ignorance about the West and prejudice against the Chinese or Jews. He trusts his readers to detect his irony and to share his admiration for flawed individuals who exemplify genuine virtues (truthfulness, courage and, especially, resilience).

As a traveller, Thubron shows great persistence. The considerable planning and research that make his journeys possible – the books of history and anthropology read, the years learning or reviving languages and the months waiting for permits to militarised borders – are hinted at but left off the page.

His Englishness is both a given, barely worth mentioning, and a constant point of reference. He likens himself and his companions in Siberia, eating an evening meal of ‘contraband caviar and toasts in moonshine vodka’ to ‘schoolboys at a midnight feast’.

But he knows the limits of English analogies. Talking to a woman who asks him if England has anything like the Internat system which takes Siberian children ‘hundreds of miles from their homes to Russian boarding school, then returns them to their families in mutual estrangement’, he remembers ‘my schoolboy tears, and they are suddenly trivial’.

Thubron is always self-effacing. His references to his own tribulations appear in parenthetical asides – ‘months later, X-rays show two fractured ribs and an ankle fibula broken’. He is ever stoical: ‘If the surroundings are diverting enough, the last ache becomes absorbed into the body, sinking a little beneath consciousness, until it is all but forgotten.’

Earlier on his journey, he has admitted to a moment of ‘self-induced dementia’, when he loses track of his languages and tries to ‘chat to the waitress in a deranged mixture’ of Russian and Mandarin. One feels for him and admires the tenacity of both the travel and the prose – never florid and seldom lazy.

Along with his last travel book, the similarly elegiac To a Mountain in Tibet, The Amur River is a showcase in the late style of a writer who has never sounded young. He was 28 when his first book, Mirror to Damascus, was published.

A patrician manner and a British passport can take one a long way in this line of work, as can a thorough knowledge of the names of flowers, trees, butterflies and fish. But, more even than before, Thubron’s prose rings with the knowledge of truths too deep for words.

To The End of the World: Travels with Oscar Wilde, by Rupert Everett - Matthew Sturgis

Lenin the Dictator: An Intimate Portrait by Victor Sebestyen

First among unequals: Philly Malicka reviews 'A State of Freedom' by Neel Mukherjee