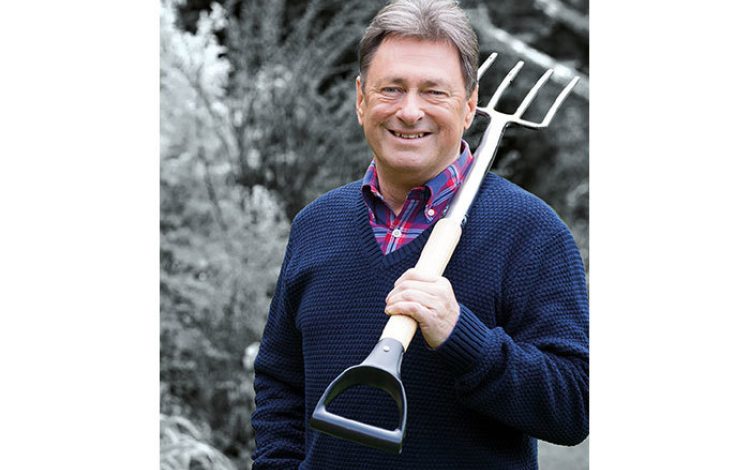 Scientists have proved that gardening is good for your health. And, as Alan Titchmarsh tells Louise Flind, Britain is simply the best place in the world to have a garden

Scientists have proved that gardening is good for your health. And, as Alan Titchmarsh tells Louise Flind, Britain is simply the best place in the world to have a garden

We used to take an Italian villa and I always got fed up with those thick marble floors and thin mattresses – I’d miss my own bed.

I do – I hate queueing at the carousel. Who owns that bag that comes off first and always goes round and round? They’re never there.

Bispham just outside Blackpool for a week every year. I don’t know how my parents afforded it. We stayed in a boarding house – me, my sister and my mum and dad in what my mother would call ‘the select end of Blackpool’. Things like sitting in the Tower Ballroom and watching your parents waltz in the afternoon – I was so proud of them. As we got older, we started going to Butlin’s at Filey.

I’m now happy staying at home because I’ve got two nice houses; one on the Isle of Wight and one in Hampshire.

Did you ever work abroad?

Yes, with Ground Force – we did an orphanage in India, met Nelson Mandela in South Africa, and worked on a hospital in the Falkland Islands. With Songs of Praise, I went to Jerusalem, Bosnia, Romania, New York…

In Delhi, we made a garden for an orphanage, with a hole in the wall where people could leave babies. We did the same at an orphanage in Romania; I met a doctor who said, ‘There’ll be one child who somehow connects with you.’ Her name was Cosmina and I took a teddy bear to her, and she just put it down. She wasn’t interested in a teddy bear – she wanted a person. And now, God willing, she’ll be in her twenties. Do you bring cuttings back from abroad?

I’m pretty good at not bringing things back. This is a huge problem now because of bio-security and the hundreds of potential pathogens plant-wise out there. The hugely dreadful one is Xylella, which attacks a wide range of plants.

Do you think the British climate and soil are the best in the world for gardens?

Definitely – for two reasons. One is our history of gardening, which stretches back hundreds of years. Secondly, we’re in a most fortuitous position, on the shoulder of the globe where the northern part of our islands is sub-Arctic and the south coast is almost Mediterranean. So the range of flowers we can grow is enormous.

What’s it like to work with the royal family?

I see to the Prince of Wales’s garden most years – he’s incredibly keen and knowledgeable. The Queen’s surprisingly knowledgeable about plants as well – she can spout the odd Latin name.

Who do you go on holiday with?

I’ve got two daughters and four grandchildren (all under seven) and the ten of us holiday very happily.

I can now. I never used to but holiday time is sleeping, eating, drinking and reading. If it’s a fly-and-flop holiday, I’ll put down the culture for a week.

The problem with being in the public eye is you might get bothered. But I don’t get bothered much, and people are always very nice – so now hotel, definitely.

Because I was the guest of honour in China, I was obliged to eat the very edge of a turtle shell and that’s very difficult for a conservationist.

I do my best. I can ask questions in French and not always understand the answer. I can order a beer – or four or five – in Italy or Germany.

Airports are always a headache. The security is necessary but they do sometimes forget that you’ve paid.

I took my wife on the Orient Express. You go to bed in these wonderful, crisp linen beds and wake up in the Alps; we went in May when the wildflowers are out. Then, at six in the evening, you pull across the lagoon into Venice.

Underpack rather than overpack. You’re not nearly so tired, as your case isn’t so heavy.

Alan Titchmarsh’s ‘The Scarlet Nightingale’ is published by Hodder, £20

Olden Life: Who were The Bright Young Things?

This story was from January Issue issue. Subscribe Now