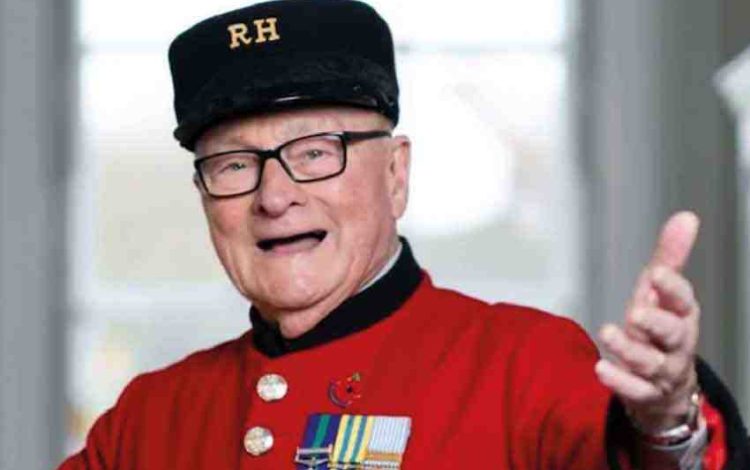 Last year, former Royal Artillery forward observer Colin Thackery, now 90, won the ITV talent show Britain’s Got Talent. He did so in the uniform of a Chelsea Pensioner and the nation was wowed by his soaring voice.

The reason he won perhaps went a little deeper than mere musicality. Colin sang love songs to his late wife, Joan, who had died in his arms three years earlier. Younger viewers saw that love is not exclusively their province. The longer we love, the sharper the wrench of parting.

Gunner Thackery, as he was for 25 years of his life, stood on stage, ramrod-backed, his tunic buttons gleaming even more than Alesha Dixon’s lipstick. He raised his arms to the theatre’s gods and opened his mighty lungs as he sang, ‘I could fly higher than an eagle – ’cos you were the wind beneath my wings.’ Across Britain, chins crumpled and eyes welled.

Colin discovered singing as a boy when recruited to a church choir. He joined the Army and fought in Korea. En route to war, he belted out morale-boosting songs on his troop-ship.

Music has helped him to come to terms with Joan’s death. ‘No matter what I sing, I’m singing to her or one of my family.’ He is a grandfather to four. He often slips down to the dementia ward at the Royal Hospital and sings with comrades there, former fighting men whose minds may have wandered but who can still recall a tune.

Colin Thackery, sir, we salute you.

Not such a misfit

The tragic genius of Elizabeth Bowen - AN Wilson

The late, great Dame Vera Lynn is to get a memorial on the White Cliffs of Dover