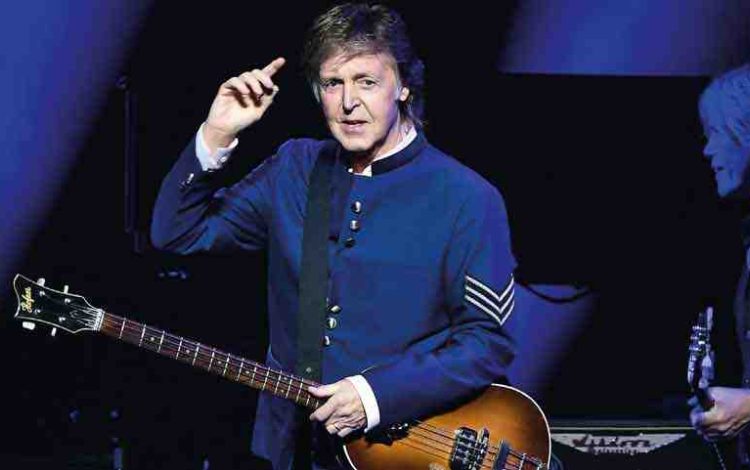 Oh, darling! Paul McCartney still has it all at 78
View Full Size
1
of 1

You’d think being the Prime Minister’s sister might open some doors, but this has not been my experience.

I have been offered no free tickets to date. No Glasto VIP backstage passes. The only festival I have managed to crack is Cornbury, the Poshstock for the Chipping Norton set.

Earlier this year, I felt so ignored by ‘the industry’ that I crafted and sent out an email to all the appropriate PRs kindly listed for me by Will Hodgkinson of the Times and Tim de Lisle of the Mail on Sunday. I begged them to keep me ‘looped in’ on their clients’ releases/events, but not one – NOT ONE! – replied to my nice note.

When the inevitable small humiliations come, let me tell you, they are all the sharper for someone in my position.

Anyway, I needed to listen to Paul McCartney’s new album on a tight deadline. Other music critics had been granted access by the PR agents, DawBell, the same lot who were mopping up after Rita Ora’s COVID-insecure birthday bash at a Notting Hill restaurant. I wrote to them, and this is what came back:

‘Looking into this for you and the label have asked if you could share any example cuttings, please?’

Cuttings? CUTTINGS? I’ve been a national journalist since 1989! I used to live next door to Paul McCartney in St John’s Wood! I was writing about Macca only at an editor’s request! I don’t even LIKE McCartney since he left the Beatles and his album’s USP was that, as with its prequels I and II, Paul played every instrument on McCartney III and wrote, and recorded every song in his Sussex studio during ‘Rockdown’.

Anyway, I decided not to be diva about it. I sent – sorry, ‘shared’ – some ‘cuttings’ (ie links) and, in return, I was graciously allowed to stream the 11 tracks of Paul doing everything – like a woman during lockdown.

Here’s my verdict. I don’t want to be less than glowing because he’s Paul McCartney and he’s still a stadium-filler and it would be like being nasty about Judi Dench or the Queen. So I am going to be Bambi’s mother and not say anything at all, much.

The album’s completely fine. If you like Paul McCartney’s later solo albums, you’ll love it, but it wasn’t for me.

‘This is an utterly forgettable album,’ I said as I played it on our wireless speaker by the fire.

‘He’s been forgettable since he left the Beatles,’ said my husband.

Still, it’s a pretty listen. Macca plays every instrument on every song, as well as having written them all, and it is always lovely to hear his voice.

He has more talent in his little fingernail than every single one of us.