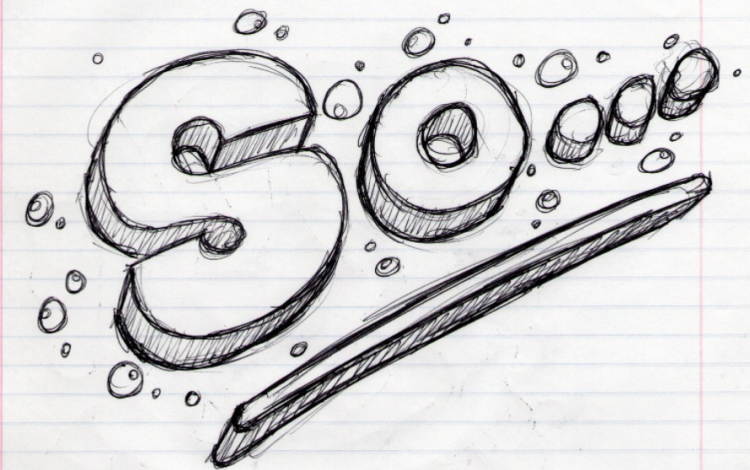 At the turn of the new year, people start referring to their ‘bucket lists’: things to do before you kick the b. Voyaging to Machu Picchu etc.

A radio correspondent becomes very aware of listeners’ litanies of things they never want to hear again, locutions that have red mists forming before their eyes. Their irritations recently made headlines, with news stories, letters to editors, opinion columns, leaders in the Times.

What prompted such widespread concern? Only that two-letter word ‘So’ prefixing the answer to a question – but not indicating consequence. ‘So what?’ was the Times leader’s headline. It is especially misused by academics interviewed on Radio 4. Q: ‘What made you do this research, Professor Jones?’ A: ‘So. We noticed about five years ago that ...’

So ‘so’ became the most hated of all modern verbal tics, or kruche worte (crutch words), according to Roger Bolton’s Feedback. We are used to his line, ‘Listeners were not happy when...’ (prefixing a whine about The Archers or John Humphrys). But the programme’s inbox was ‘fit to burst’ when an academic – one Heike Pichler, a ‘vario-sociolinguist’ from the University of Newcastle – dared to defend so-sayers.

The Oldie was on to this a year ago. Russell Davies, quizmaster of Brain of Britain, wrote a piece for us called ‘Why so?’ and said the habit was spreading ‘like Japanese knotweed’. He allowed that perhaps all such automatic phrases are just pauses, ‘like staircase landings’. But he’d been observing the epidemic since 1999 when, in Silicon Valley, employees of Microsoft apparently decreed that ‘So’ was to be the formulaic start to their answers. In that same year, it was also the first word of Seamus Heaney’s translation of Beowulf: the archaic literary way of calling for attention.

At the height of the furore, the PM programme collected two dozen ‘So’s and played them on a reel. The very next day, In Our Time discussed Madame de Staël: a brilliant programme, packed with erudition and information from the usual trio of academics: one Oxford, one Cambridge, one Warwick. The airwaves were again thick with ‘So this’ and ‘So that’.

For myself, I propose from now on to ignore this misused conjunction. I accept that it is replacing our former favourite, ‘Well…’. It equates to the French ‘Alors…’ or ‘Eh bien…’ (both of which can be translated as ‘So…’). It still makes one rather despise the speaker, as one despises people who use upward inflexions or have baby voices – like countless Woman’s Hour guests who speak about their ‘mental health issues’ or motherhood, or both. And one especially despises those who insultingly punctuate their speech with ‘Do you know what I mean?’ Roger Bolton agrees about that. But again, his tame sociolinguist from Newcastle was mollifying. She said, ‘It just means, are you following me?’ or ‘Are you listening?’ Equally insulting, say I.

A final thought from 2017. Book of the Week is always a desirable slot for authors. When Martin Amis and Robert McCrum enjoyed its benefits recently, each allowed their words to be spoken by another. In Amis’s case, the famously dark, smoky and ironic timbre was represented by the light, measured, slightly humourless one of Bill Nighy. Quite wrong. Bravo for Tina Brown, who crisply read her Vanity Fair Diaries at her own zippy speed.