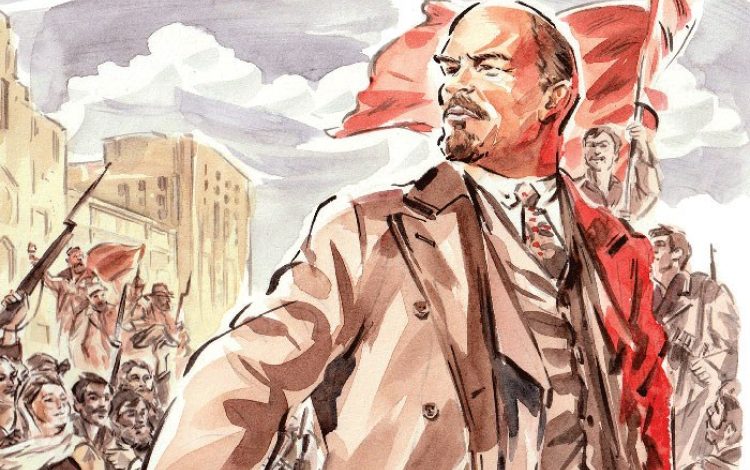 After his monumental works on Stalingrad and the fall of Berlin, Antony Beevor’s history of the Russian Revolution triumphantly confirms him as Britain’s leading military historian.

The narrative brio, magpie eye for telling facts and confident handling of a vastly complex cast of characters and stories that made his previous books modern classics are fully in evidence.

One of the great strengths of Beevor’s writing is use of little-known sources (the book is chivalrously dedicated to his long-time researcher, Lyuba Vinogradova). The conservative politician Vasily Shulgin, one of these sources, delivers this pithy verdict on Tsar Nicholas II’s vacillating rule: ‘Autocracy without an autocrat is a terrible thing.’

And Viktor Shklovsky, the commissar allocated to general Lavr Kornilov’s Eighth Army, describes his prickly and reckless chief as viewing ‘the army just as a good driver views his automobile’.

Beevor quotes the diaries of military doctor Vasily Kravkov extensively. ‘Bloody jacqueries have started like those of Stepan Razin and Pugachev!’ writes Kravkov, whose initial enthusiasm for the February Revolution of 2017 had quickly descended into appalled shock. ‘The uncontrolled frenzied masses have their own ways to celebrate freedom … There are moments when I want to get out of this nightmarish dark pit of anarchy.’

Dukes found himself among the crowds at Petrograd’s Finland Station shortly before midnight on 3rd April 1917, when Lenin’s sealed train arrived, bringing the Bolshevik leader back from exile in Switzerland.

The following year, General Lionel Dunsterville – a schoolfriend of Rudyard Kipling and the original for Kipling’s character Stalky – commanded a British expeditionary force sent to protect the oilfields of the Caucasus.

The ground Beevor covers is familiar from Orlando Figes’s masterful A People’s Tragedy – but the narrative is nonetheless studded with striking and unfamiliar details.

The fuel-and-bread shortage in Petrograd that led to mass unrest and revolution in February 1917 was not, Beevor points out, due to a lack of grain and coal but to a chaotic and mismanaged railway system that was failing under the pressure of war mobilisation.

And the refusal of the Volynsky Guards to fire on protesters – ‘in Communist mythology … the incident which brought the Petrograd garrison round to the revolution,’ says Beevor – was in fact motivated less by their sympathy for striking workers than by the troops’ reluctance to obey pending orders to be sent to the front.

The socialist writer Maxim Gorky, later fêted by Stalin, also emerges as an unexpectedly sceptical voice. Seeing the ruin caused by riots in February 1917, he predicted that revolution would lead to ‘Asiatic savagery’.

Gorky, who had lived in close proximity to Russia’s underclass, was, unlike the liberals who led the Provisional Government, ‘under no illusion that the Russian people were the “incarnation of spiritual beauty and kindness”.’

In the wake of the Bolshevik coup on 7th November 1917, Gorky fearlessly – and prophetically – wrote that ‘the working class should know that miracles do not occur in real life, that they are to expect hunger, complete disorder in industry, disruption of transport, and protracted bloody anarchy … Lenin is not an omnipotent magician but a cold-blooded trickster who spares neither the honour nor the life of the proletariat.’

It is impossible to read the story of imperial Russia’s hubris, military defeat and chaotic collapse in 1917 without thinking of the parallels with Vladimir Putin’s increasingly disastrous war against Ukraine.

Like Putin, Nicholas II and his Empress Alexandra were surrounded by yes-men who convinced them that the ‘real’ Russian people adored them.

‘I now have the great pleasure of knowing that the whole of Russia, the true Russia, the Russia of humble folk and peasants, is with me,’ the Empress told Grand Duchess Victoria Feodorovna.

In the wake of political upheaval, >span class="s2">(bourgeois opponents of the regime) – then, as now – fled to Tbilisi, Georgia.

‘A nice town, a poor man’s Moscow,’ observed Shklovsky. ‘I spent one night with the Georgian Futurists. Nice kids, more homesick for Moscow than Chekhov’s sisters.’

And the Bolsheviks shared both their Tsarist predecessors’ and Putinist successors’ arrogant contempt and distrust for Ukrainian nationalism. After a brutal occupation by the Red Army, citizens of Odessa came out in droves to greet German officers arriving to arrange their withdrawal in the wake of the Treaty of Brest-Litovsk.

The German in their Pickelhaube helmets ‘came down the steps, straight as ramrods. Suddenly the crowd started yelling “Urrraaa!” without any restraint, and threw their hats in the air and applauded,’ wrote Elena Lakier, another little-known source. ‘The Germans, rather surprised, turned to bow, and their automobile departed.’

For the Ukrainians, even support from their recent enemies, the Germans, was welcome if it helped to get rid of Russian overlords.

There are a few minor lapses. The anarchist thinker Mikhail Bakunin was indeed a nobleman but not a ‘Prince’. In Russian, an iron stove is known as a burzhika, a female bourgeoise, not a ‘burzhui’. And – in a surprising slip for a former British officer – ‘case shot’ refers to Napoleonic-era artillery, not the fléchettes or air-burst rounds used against infantry in The First World War, which Beevor clearly has in mind.