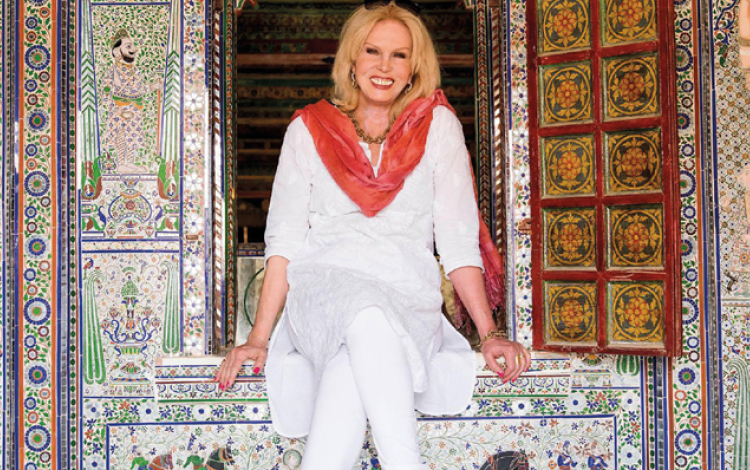 These BBC salaries – £350,000 to Tess Daly (whoever she is) or £749,000 to Jeremy Vine – don’t sound so very much, when compared with the remuneration of an average QC or a reasonably competent society vet.

John Gielgud’s daily rate, should you have wanted him for a cameo role, was £50,000 a day, and, in 1966, Laurence Olivier was paid a quarter of a million to black-up as the Mahdi in Khartoum, though I suppose that was film, not telly. In the Fifties, the Goons were paid a hundred guineas each for squeaking and squawking into a radio microphone on Sunday afternoons. That would be thousands in today’s money.

As I myself earn less per annum than a trainee metalwork teacher in a duff comprehensive, I suppose I ought to be envious. My friend Stephen Fry told me he has ‘never known what it is like’ not to be able to turn left upon entering a plane. I told him that, if he tried that on Ryanair, he’d be in the no-frills lavatory. When Griff Rhys Jones growled in my hearing that he had ‘to go down to the f**king south of France and check on the f**king yacht’, I thought how lucky I was, my main concern these days being watering my geraniums.

Anyway, there is always someone worse off. Have you seen Naked Attraction? Even the young look hideous under neon lights – drooping, dangling, shrinking; tattoos and piercings and other ritual disfigurements. I only hope there won’t be an oldie version. My wife, however, approves of it, as it bears out her belief that, ‘It’s what a person is like inside that counts.’ I’m still trying to work out how that is meant to make me feel. Meanwhile, I gave up on Love Island after five minutes. I thought it would be an animated Club 18–30 brochure. In fact, it is Lord of the Flies for the Twitter generation.

Twenty years having gone by, since her death at thirty six, I’d forgotten how beautiful Princess Diana was. She had a demure cheekiness – as captured in the Mario Testino portraits – that suggests to me she’d have been sensational at sex. Those eyes were like Louise Brooks as Lulu. This wasn’t the angle covered by Diana, Our Mother: Her Life and Legacy, however, a hagiography that presented her as a jolly single mother, who couldn’t stop dishing out hugs. ‘She smothered us with love, that’s for sure,’ said Prince Harry. I’m sure she did – but what about Prince Charles? He wasn’t mentioned.

A clue to her troubled personality came when it was revealed that Diana enjoyed trashy romantic novels – and what was being a princess other than the fulfilment of a fantasy? How absurdly young she was, when propelled into palace life. Yet how much she managed to transform. Watching her sons talk about their mother, I realised how far we’ve come since the world depicted in The Crown, where the Queen trained herself to suppress emotion and feeling in the name of abstract concepts such as duty.

Were Diana still with us today, she’d be the equivalent of one of those dotty Absolutely Fabulous women, clattering off her high heels and making commercials for joint pain gel. Instead, we have Joanna Lumley with her breathy delivery and shiny white face showing us around India, a country she appears  to own outright, according to the title – Joanna Lumley’s India.

Alas, the wonderful Raj-era place, with its holy shrines, tea plantations, Lutyens architecture and elephants, seems to be disappearing under futuristic, high-rise apartment blocks and motorways. Camels are no longer used for transport, as there are huge, noisy lorries. Joanna met the Dalai Lama and gave him a plastic helicopter. She went to a house-warming party and gave her hosts a plastic clock. Was she told to keep her expenses claims down? Certainly no money was spent on any script: ‘Oh my gosh !’, ‘Just so extraordinary!’, and ‘Hello darlings!’ was the extent of it.

I have spent a few months with The Handmaid’s Tale. The demarcation of the sexes was exactly like that in the South Wales of my childhood, when no man would cook or clean or have anything to do with babies, as that was woman’s work. Only men attended funerals (in Bible-black suits), as women would only get emotional – they stayed behind at home, cutting sandwiches.