The 70th Anniversary of the Young Elizabethan - The Old Un 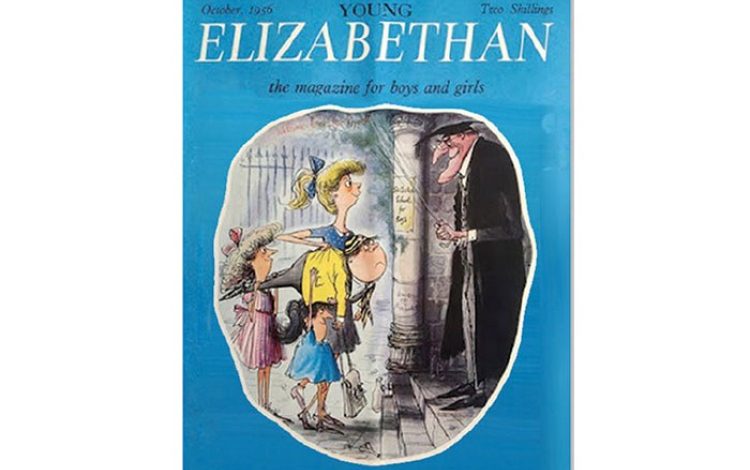 With the Platinum Jubilee upon us, it’s time to look forward to the 70th anniversary of the Young Elizabethan, too.

Founded in 1948 as Collins Magazine for Boys & Girls, it was renamed the Young Elizabethan to celebrate the Queen’s Coronation. In 1958, it changed its name again, to the Elizabethan – also the name of Westminster School’s magazine, named in honour of its founder, Elizabeth I.

Interested oldies should seek out an old copy, for proof of quite how dramatic a transformation our Queen’s reign has seen in the young.

The magazine epitomised the aspirations of 1950s childhood. It was called ‘the magazine to grow up with’.

‘I think you should make the puzzles harder,’ wrote one pious boy to the letters page. ‘I can do them much too easily.’

Readers of the Young Elizabethan (owned by John Grigg, the jovial Tory monarchist, who later wrote an incendiary article about Her Majesty, was thumped in the street and renounced his title of Lord Altrincham) were curious by nature. They collected fossils, and requested articles on Mozart, astronomy or ‘old ruins and caves and the legends connected with them’. They loved books. They pleaded for pen friends and a club they could join.

And, however studious, they found Molesworth and St Custard’s – created by Geoffrey Willans and Ronald Searle – absolutely hilarious.

They entered daunting competitions – ‘Design a science lab’ or ‘Devise a way of keeping flies off a horse with a docked tail’. Prizes included a visit to the zoo, or to Peter Scott’s bird sanctuary. A challenge to ‘Write a poem in the manner of William Blake’s Tyger’ was won by young Jonathan Fenby, later to edit the Observer, with a poem about cricket: ‘Batsman, batsman, full of gall / As you face the bouncing ball.’

Another winning poet was budding playwright Alan Ayckbourn, 15, from Haileybury. William Feaver, future biographer of Lucian Freud, was writing book reviews for the magazine at 12.

Young Elizabethans ended up doing rather well. But, sadly, there was no market for the magazine after 1973.