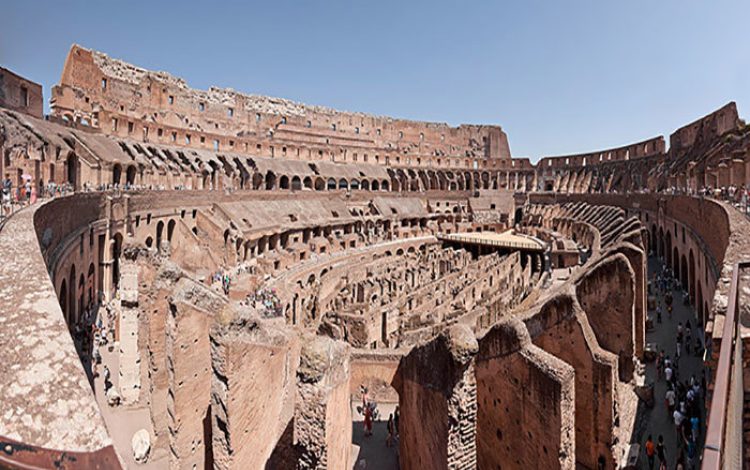 I spent March and the first half of April in Rome, trying to learn Italian in a mixed class of Russians, South Americans and two disorientated Bangladeshi nuns.

After four weeks of trying to master Italian’s unfathomable prepositions and pronouns, I drew the conclusion that full-scale immersion is the only way to learn a language, and ‘if you don’t use it, you lose it’ – which explains why my restaurant Italian now deserves a doctorate.

Given that Rome has for centuries hosted millions of pilgrims from all over the globe, it would be understandable if burger joints, crêperies and tapas bars lined the streets. And even more understandable if the Romans charged stiff prices, especially now their income from the sale of relics has dried up.

Yet the wonder of eating out in Rome is that almost all restaurant dishes are rigidly Roman, and the prices would satisfy the stingiest Stoic. The other astonishment is that so many of the old wood-panelled trattorie have survived.

First, what to eat: Romans love a wine bar, but from November until May fear not for your liver because artichokes are in season, cooked either alla giudia (deep-fried) or alla romana (braised in white wine, garlic and olive oil). Share a mixed plate of salami and prosciutto, of which Romans are justifiably proud. For your primo, opt for one of the classic Roman trio: tonnarello a cacio e pepe (pecorino and pepper), bucatini all’amatriciana (pig’s cheek and tomatoes) or spaghetti alla carbonara (pig’s cheek with eggs and pecorino). If they interchange the pasta and sauces, you’re in the wrong place.

For secondo, I would head for abbacchio al forno (roast lamb), or saltimbocca (‘jump-in-the-mouth’ veal) or, my favourite, coda alla vaccinara (oxtail with pork cheek).

The following restaurants are all within a ten-minute walk of the Campo dei Fiori. If, like many Romans at lunchtime, you just want to grab a slice of pizza or focaccia, head to the ancient Forno in the Campo, or the nearby Antico Forno Roscioli, whose neighbouring salumeria/restaurant/enoteca is one of Rome’s gastronomic peaks (book ahead).

For a bowl of minestrone and a glass of wine for ten euros, Caffè Perù and Trattoria Da Tonino are spot on, but get there early. If you want to drink the best Italian wines at shop prices, with a bowl of pasta, book a table in the enoteca section of Enoteca Corsi.

In the Jewish quarter, go to Giggetto for the best deep-fried artichokes, or to Pompiere, a former fire station. For old-school posh but not flash: Armando al Pantheon and Al Moro; for glamour, Bolognese on Piazza del Popolo; for quiet lunching in the sunshine, have the oysters at Taverna degli Amici, or rob a bank to feast on the seafood at Pierliugi.

When the ‘youf’ engulf Trastevere at night, you can find shelter and great fish at Osteria La Gensola, or good wine and value at labyrinthine Enoteca Ferrara.

Even better, climb the Janiculum to Piazza Anita Garibaldi for the best sunset view of the city, and then have supper at the supreme if modern Antico Arco.

My three favourites for fun, food and value during our six-week splurge were all in Testaccio, the district by Horatius’s bridge and the Protestant cemetery: Agustarello, Felice a Testaccio and Flavio al Velavevodetto, all free of tourists. And if, like the Etruscans, you need to beat a retreat from the city, stay in Tivoli at one of the three suites in the Residenze Gregoriane, whose courtyard mosaics and grotto courtyard were created by the same crew who did for Villa d’Este; have lunch nearby at Sibilla, which shares a garden with the Temple of Vesta.