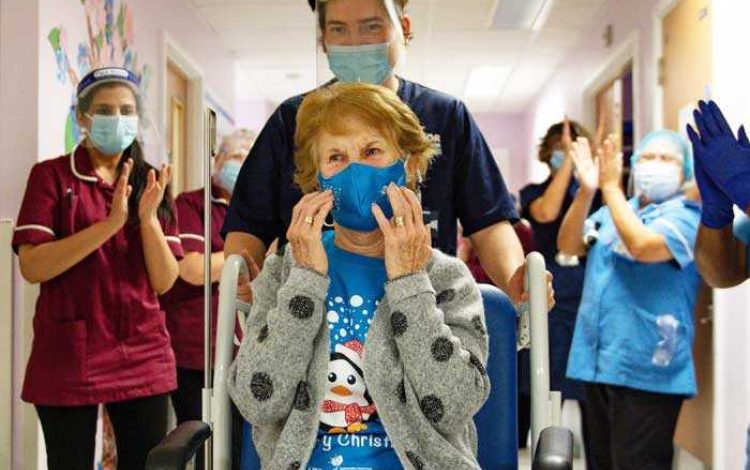 I would take the COVID-19 vaccine, it’s crazy not to, says Theodore Dalrymple

The great physician Sir George Pickering once said that a minor operation is an operation performed on somebody else.

The same cynical dictum might be used of pain: a minor pain is a pain felt by somebody else. Nevertheless, despite people’s evidently variable response to pain, we all have some grasp of what serious pain is ‘objectively’, at least in normal situations and states of mind.

The immediate discomfort of immunisation by injection is not generally very great, even when intramuscular, as the Pfizer COVID-19 injection is, and most of the side effects that develop a little later are usually not severe or long-lasting.

However, at first sight, the list of side effects appears alarming. According to present information, the following side effects are very common (which means, technically, that they occur in one or more cases in ten): headache, joint pain, pain in the muscles, pain at the injection site, fatigue, chills and fever. Common side effects (meaning between one in ten and one in 100 cases) are redness and swelling at the injection site and nausea.

But reading the list of potential side effects of almost any medication, however necessary to the continuation of life, would be enough to put many people off taking it. And, in this case, the question is what level of discomfort we are prepared to put up with to avoid the chance of suffering from COVID-19, whose case fatality rises steeply with age over 60.

Not only would I myself put up with the above-mentioned side effects, but I hope that the majority of my fellow citizens will be prepared to do so. In this way, the famous – or is it now infamous? – herd immunity will build up.

Of course, when a new vaccine is introduced, it cannot be known for certain how long the immunity it confers will last, or whether there will not rarely be severe reactions to it. Long-term effects likewise cannot be known in advance of experience.

While it is very unlikely that the harmful effects will ever eventually outweigh the benefits, the possibility cannot be altogether excluded. This forces us to make a Promethean bargain.

Wide publicity was given to the relatively severe, though not fatal, reactions to the vaccine in two healthcare workers. They were in a category – people with severe allergies – that had not been entered in the preliminary trial; the authorities were quick to advise that the vaccine should not be given to such people.

This kind of exclusion is by no means unusual: the immunisation of people against smallpox, for example, which eventually eliminated that disease from the world, was contraindicated in people who suffered from eczema, who might develop a serious and even fatal disease if they were inoculated with the smallpox vaccine.

But on the assumption that the placebo was actually the excipient of the vaccine, that is to say the substances in which it was preserved and delivered – which (for the benefit of the curious) included (4-hydroxybutyl)azanediyl)bis(hexane-6,1-diyl)bis(2-hexyldecanoate) and 2[(polyethylene glycol)-2000]-N,N-ditetradecylacetamide – it is not surprising, perhaps, that there were some reactions.

And this is to exclude the additional possibility of reactions mediated by anxiety, known to a researcher of my acquaintance as the wobbly-dos.

For the moment – and one can speak only for the moment, all information being provisional – the vaccine seems a good thing. I would take it because I have nothing to lose, except my life.

Caroline Flint - Don't give me any more presents!