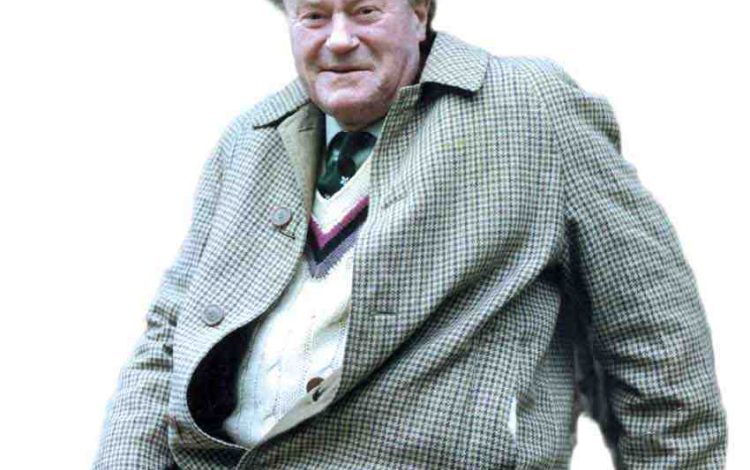 He was unique among postwar English writers for combining a prose style of near-angelic elegance with subject matter of thrilling depravity – not least in his ten-volume novel series, Alms for Oblivion.

Raven’s views were formed by school, university and the army. They all ended in disappointment.

After studying Greek for barely a year, he won the top classics scholarship to Charterhouse and was then advanced a year for his brilliance. There he discarded any remnants of Christianity in favour of the sexual and moral flexibility he believed antiquity to have encouraged. He was expelled, in his final year, ‘for the usual reasons – in rather more than the usual number’.

King’s College, Cambridge, to which Raven also won a scholarship, was less puritanical and welcomed him warmly following National Service in India with the Parachute Regiment. Academic ability ought to have gained Raven the First and automatic studentship he desired. But his inability to deal with money, drink and fidelity was already apparent.

At Cambridge, he enjoyed escapades with dons and fellow students of both sexes. That Raven gained a postgraduate place despite taking only an upper Second shows the charm he could exert – when necessary.

Academic life wasn’t for him – ‘All those very, very, very boring books’. So he returned to the army, having had a son with the future journalist Susan Kilner, whom he left for good immediately after their shotgun wedding. Commissioned into the smart King’s Shropshire Light Infantry and sent to Kenya, Raven received a telegram from his wife begging for money to support herself and their baby. He replied, ‘Sorry no money suggest eat baby.’

Later he claimed it was apocryphal. That he was made to resign his commission, in part for claiming and keeping to himself the family allowance, suggests it wasn’t.

In his life and work, Raven baited bourgeois morality gleefully. His most scornful condemnation was to call something ‘middle-class’.

Alms for Oblivion follows a cast that only occasionally lowers itself beneath the upper-middle from the Fifties to the Seventies. Many of the characters were based on him and his friends.

Others, such as Captain Detterling, Tom Llewellyn and Maisie Malcolm, the faithful prostitute, are drawn with such skill that it’s scarcely conceivable they didn’t exist. However despicable their actions, disappointing their morals and shattering their come-uppances, we cheer on this misanthropic lot like Millwall fans: nobody likes them but, gosh, we care.

Inevitably, for a man who drank brandy by the quart and gambled heroically, Raven’s final years were neither healthy nor luxurious. They were, though, comfortable, thanks one final time to the old school tie. He ended his days a Brother of the London Charterhouse, where his school originated.