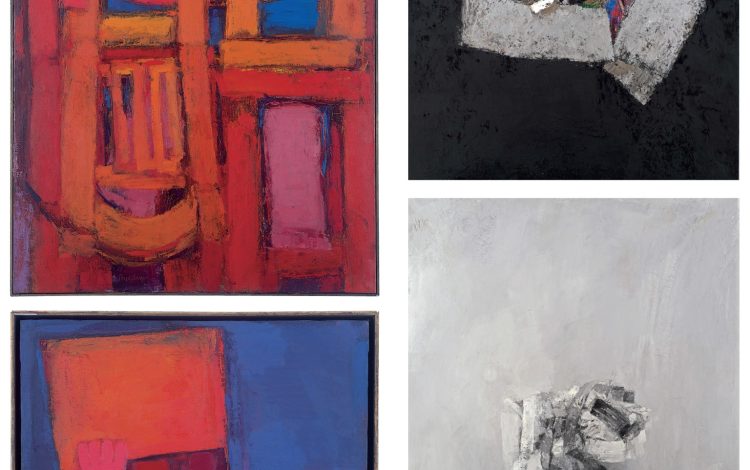 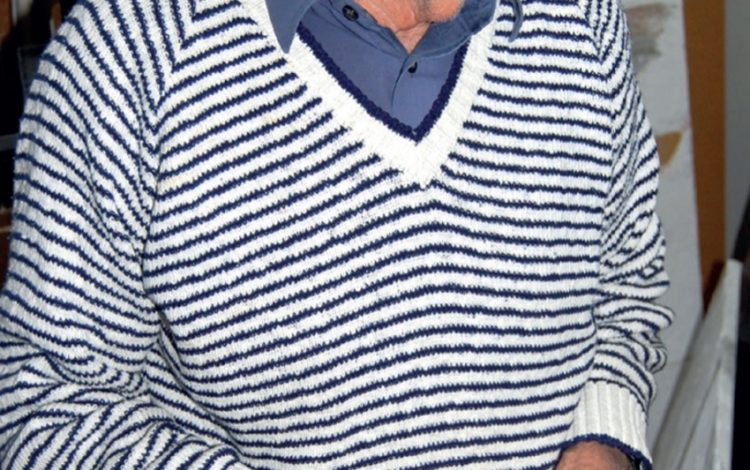 Having fled Berlin to England in 1939, the artist Klaus Friedeberger was then deported to Australia and spent the war in an internment camp. But this, he tells Andrew Lambirth, turned out to be the making of him

Klaus Friedeberger is an abstract painter of rare sensibility, who has made his home in London since 1950. He was born in Berlin in 1922 to middle-class secular Jewish parents, and came to England in 1939, just months before war was declared. He worked for a while in an electrical sign factory, but in 1940 was caught up in the indiscriminate internment of foreigners. Along with thousands of others he was arrested as an enemy alien and deported to Australia on the troopship Dunera.

There were nearly 3,000 prisoners on the ship, many German and Austrian Jewish refugees of different classes, but also Nazi prisoners of war, mainly from the German merchant navy. ‘They did threaten us, saying that as soon as the war was over they’d come and get us,’ recalls Friedeberger, ‘but we were segregated on the boat and put in different camps when we arrived in Australia.’ The prisoners spent eight weeks on shipboard in prison conditions, and Friedeberger celebrated his 18th birthday at sea. Finally, the Dunera docked in Australia in September 1940 and he was transferred to an internment camp at Hay, in New South Wales.

Australia was an education for Friedeberger. Although he was imprisoned behind barbed wire, there were so many brilliant and cultivated men locked up with him that in some ways it was like being at university. He spent nearly two years in the camp, and recalls one of the main problems being a lack of women. But, he says, ‘It was a brilliant experience in many ways. There was a camp school, choirs and quartets, and every morning those of us who painted did watercolours – sometimes we even went out of the camp, on swimming parties. I’ve got over a hundred watercolours I did in the camp.’

Anyone who had something to teach came forward and took classes. There was the sculptor Heinz Henghes, the surrealist painter and stage designer Hein Heckroth and the photographer Helmut Gernsheim; colour theory was taught by Ludwig Hirschfeld Mack from the Bauhaus, and art history by Ernst Kitzinger and Franz Philipp. One of the young men Friedeberger met in the camp became a lifelong friend. Erwin Fabian, now over 100, is an internationally acclaimed sculptor who divides his time between Australia and Europe. He is seven years older than Friedeberger and a gifted draughtsman. He never went to art school – his father was a painter so he grew up in a studio. Friedeberger learned a lot from him.

‘We both joined Heckroth’s class. He was very big physically with a booming voice. He was a delightful man and a real teacher. Terribly funny and very German.’ Heckroth later designed sets and costumes for films, including two for Powell and Pressburger: A Matter of Life and Death and ###i

Later, once he had joined a non-combatant labour corps in the army, Friedeberger began to feel more Australian. In 1946, he was demobbed and naturalised, and the following year began three years’ study of painting at East Sydney Technical College. He met a number of young Australian artists such as Arthur Boyd, Guy Warren and Oliffe Richmond, but became particularly friendly with Sidney Nolan. In 1950, Friedeberger set sail for Europe with the intention of returning to Australia, but instead settled in England and found a job with an advertising agency, where he stayed for four or five years before going freelance. To earn a living, Friedeberger practised and taught graphic design, but his passion has always been painting. The two disciplines are, he acknowledges, ‘completely different’. Graphic design is conscious, rational, a problem to be solved. Painting comes from somewhere else – a subconscious urge to say something about the human spirit. For twenty years, from the end of the war until 1966, his principal painting subject was the world of children, depicted allegorically. For Friedeberger, their interaction, in all its uninhibited aggression and self-centredness, was a true – if rather bleak – reflection of human behaviour. Then gradually he moved away from telling stories and painting figures towards a more abstract idiom. He also dropped the bright colours that had made his paintings so powerfully expressive.

This new direction was a recall to order that has paid huge dividends. Since the late 1960s, Friedeberger has concentrated on paint, texture and application, on tonal subtlety and shades of grey. The deliberate limitation of palette has resulted in paintings of great subtlety and richness, with a sense of deep and hidden meaning. In the past twenty years he has gradually reintroduced some colour: initially applying small quantities of metallic paint (gold, silver or copper), and more recently allowing a greater range of colour to supplement the powerful drama of his blacks and whites. He spends months painting and re-painting, building up a depth of paint which he might then sand down and re-build differently. He is immensely self-critical, and concentrates on maintaining a sense (and appearance) of freshness while agonising over the final form and definition. Suddenly there will come a point when it is right and then he stops. It’s always a surprise. The struggle is resolved on some subconscious level.

This is very difficult to describe – it’s perhaps an almost mystical moment of revelation.

An exhibition of Klaus Friedeberger’s paintings and works on paper can be seen at Delahunty Fine Art, 21 Bruton Street, London W1, 11th May to 4th June.

The Beatles and me

Spy with an eye for Victorian Britain