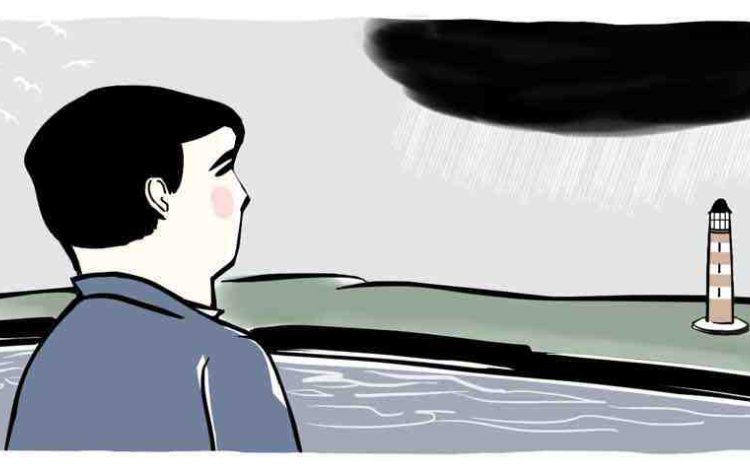 The establishment in which I find myself working today is what we used to call a loony bin. Nowadays, it is a home for adult males with extreme learning difficulties and behavioural disorders.

It hardly matters what you call these things – because the facts remain the same.

This large, Edwardian house sits at the top of an out-of-the-way lane in a faceless south-coast seaside town, with distant views of the English Channel and some passable cornices in some of the rooms.

It is home to a number of seriously challenged men. Today, as a care assistant sent from the agency, I am here to help look after some of them.

I have worked in the care industry on and off for the past couple of years. Nothing quite prepares you for what is coming. There is almost no guidance on offer from the existing carers or the agency itself as to what the work will consist of.

We agency workers are often referred to simply as ‘Agency’ by some of the staff, rather than by our names. ‘Agency’ are considered to be from a lower order. Scum, really.

When I arrive, my temperature is taken – the final frontier after all the security checks and training. I sign in and am presented with a master key to get me into all the rooms. Each door must be shut behind me every time to prevent the ‘service users’ from getting up to mischief in, say, the kitchen, where there are kettles and sharp knives. But I am not told this. It is assumed I will know it.

I am then given a tour of the building by Les the maintenance man. I’m shown the fire exits, and a million other points of the utmost importance which I immediately forget.

I am told I am to look after Ian for the rest of the morning. I am not told that Ian is doubly incontinent. What I can see, as he sits keening enthusiastically on his bed, is that he is incapable of looking after himself and is wearing an incontinence pad under his tracksuit bottoms.

He is rocking back and forth in a semi-contorted position while chewing avidly on a small rubber dummy. It is attached to his T-shirt by a string fed through a hole that he has surely gnawed himself. The radio is on at an extreme volume because, I am told, Ian loves pop music.

That’s all I’m told. Now it’s just me and Ian for the morning. The room is warm and well decorated, with posters and family snaps on the walls. Ian looks healthy, well fed and, as far as it is possible to tell, happy. He is about 25, at a guess, and he has many treasured possessions close at hand. These include a fine array of plastic contraptions that play musical notes when pressed, as you might find in a three-year-old’s room.

After a while, the duty senior, a bonny, middle-aged blonde woman with a local accent who has been a carer all her life, pops in to see how Ian and I are faring.

She tells me I don’t have to stay with him all the time. I take her at her word and, because this is my first morning, I hover nervously between the passage outside his room and the lounge downstairs, where some of the other residents are gathered in various stages of looniness.

I change Ian’s pad at about 11am and give him a wash. Thus the morning passes until it is time for lunch. This I bring him in his room, where he wolfs it hungrily. Afterwards, we move into his afternoon routine, described on the board in the dining room as a ‘spa bath’ and ‘listening to music’.

I help give Ian his bath, which he enjoys very much. But I am nervous. Although he is calm and all seems well, there is plenty of loud shouting outside the bathroom and doors slamming along the corridor, all afternoon. What does it all mean? It is hard to tell because none of the ‘service users’ can speak; they are that ill.

No disasters happen under my inexpert watch, thank God, but by the end of the day I am a nervous wreck. I have never looked after such people before. Those with dementia and the elderly, yes; but strong, young and very mad people, no. It is emotionally draining -– yet in some strange way exhilarating. These are someone’s sons, brothers, nephews and uncles. All that matters is that they receive proper care.

I get in the car at 8pm and, not a heavy smoker, smoke heavily all the way home.