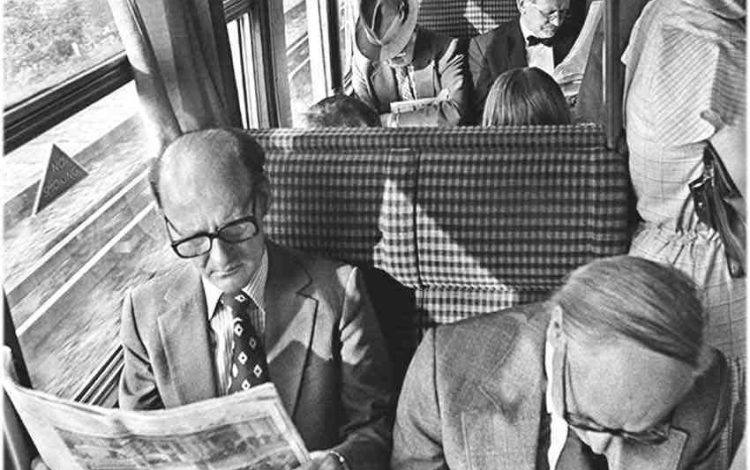 Daily commuting, as it has existed for most of the past 150 years, looks as if it will be one of the terminal victims of the pandemic.

No more will hundreds of packed trains deposit workers in the morning and bring them back whence they came in the evening. Few are likely to mourn its passing.

I have mixed feelings about this great liberation. On the one hand, it has all come two decades too late for me, since I commuted every working day from 2000 to 2017. On the other hand, we will be dismantling a unique platform from which to view the British negotiating their collective existence.

Commuting has shaped our society and landscape and, arguably, our culture since the advent of the railways in the 19th century. It spawned the development of suburbs, and of sleepy dormitory towns in the home counties, and allowed the English to perpetuate the myth of a rural life long after industrialisation had herded most of us into factories and offices. It allowed us gardens, hedges and privacy.

But the price for the faux-bucolic idyll was a journey to work, with no space or privacy.

The commuter is a slave to the minute hand of the clock. When I lived in London, a bus or a tube would be along every two minutes. But if you’re commuting from Oxford to London, as I did, and you miss the 7.30am, you may have to wait for 15 or 20 minutes for the next train, which will make you meaningfully late for work. At the end of the day, the process works in reverse. Getting up ‘around 7ish’ or knocking off ‘around 6ish’ is a luxury reserved for city dwellers.

The commuter’s life was tightly constrained not just by time, but also by space. These combined to throw up knotty moral dilemmas for me. There was a constant struggle between being polite and considerate, and creating a more agreeable, spacious personal environment.

The temptation was always to seek personal comfort: to queue-barge for coffee, jostle other passengers for a better seat and occupy an aisle seat for leg space.

But this quest for comfort was essentially self-defeating – it merely brought home the pains of commuting. The moral approach – to queue patiently, to let others on first, to move to the window so others could access a seat more easily, to forgo coffee if you were late and not to stretch out your legs – left you in slightly more physical discomfort, but allowed you to rise, Zen-like, above the physical inconveniences of the situation.

Some of these moral dilemmas were not at all easy to solve. Giving up one’s seat to a visibly pregnant woman was a no-brainer – everyone was always prepared to do that. But it was harder with ‘old’ people. If you decided that someone was old enough not to be offended by your offering to give up your seat to them, you then had to ask them – in a quiet, crowded carriage. Almost invariably they would decline, leaving you feeling you had overestimated their age and embarrassed them.

Given the strains this environment put us all under, we were remarkably well behaved and tolerant. The tinkling of digital devices became more intrusive over time, but people were, on the whole, considerate. The most widespread antisocial phenomenon was people – usually men – talking about work in a loud voice on their mobile phones. Oddly, the more boring the job, the longer and more loudly people seemed to talk. They sounded as if they were trying to impress, but perhaps it was a cry for pity.

Remarkably, in spite of hundreds of people pouring on and off the trains at all stops to London, no one ever worried about anything getting stolen. The luggage racks were heaped with bags and Bromptons. But the only theft I ever witnessed while commuting was when I saw my next-door neighbour steal a newspaper from the shop at Oxford Station early one morning.

He wasn’t short of money, but he’d obviously run short of time and fatally tried to fight, rather than accept, the consequences, breaking his moral compass in the process.

In future, people may look back on the cramped trains pouring in and out of our major cities every day, consuming tons of carbon, and see them, like child labour and coal mining, as a barbaric, if necessary, stage on the march of economic progress.

But those of us who were there will remember the heroic struggle hundreds of us made to be polite and considerate – when the very idea of just stretching out one’s legs involved a complex set of moral choices; where our trust in our fellow citizens was of such a pitch that we could leave all our valuables in a luggage rack every day for decades and know that they would never get pinched.

It makes me proud to have been a part of it.

Mugabe was a good leader – before he turned nasty

Win a copy of Love and Miss Harris by Peter Maughan