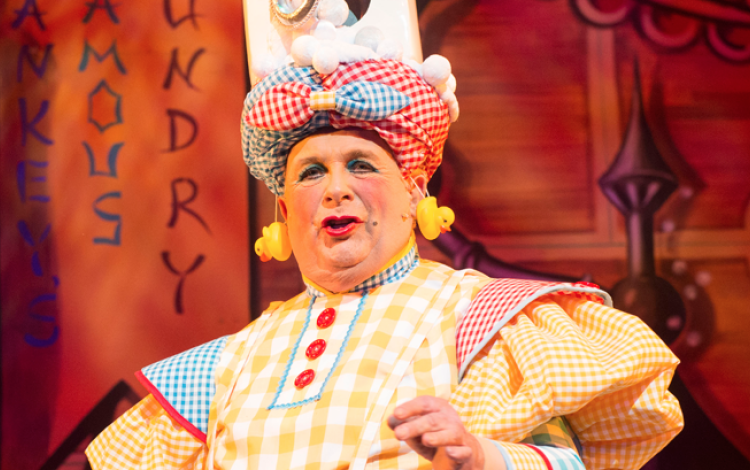 The panto veteran is playing Widow Twankey in a new version of Aladdin at Richmond Theatre, Surrey, this Christmas.

He says, ‘I’ll be appearing in 64 performances over five weeks – that works out at twelve shows a week, or two shows six days a week. And, much as I love appearing in panto, it’s pretty exhausting – and remember, when I’m not on stage, I’m slipping in and out of outrageous outfits.’

Biggins adds, ‘The only way I can get through a panto at my age is by turning into a monk in between shows and having a sleep on the rubber mattress on the floor of my dressing room – I don’t even take off my make-up or costume!’

We salute the energy of the great trouper, turning 69 on 16th December.