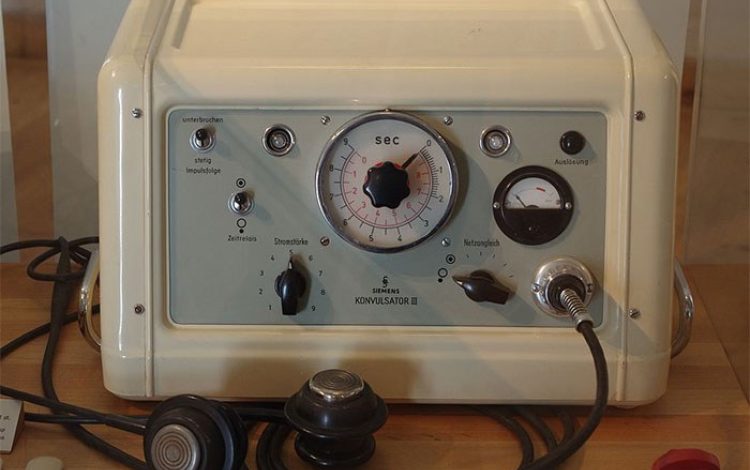 Electric shock treatment does help if you’re old and very depressed, according to Theodore Dalrymple

My first car had a design fault. It had a distributor cap immediately behind the radiator grille. Whenever I drove in heavy rain, water would enter the cap and bring the engine to a stuttering halt, often in the most inconvenient of places.

When that happened, I would get out of the car and give the radiator grille a good kick, first to punish the car and second in the hope that it might work. It did – once.

I always felt that electroconvulsive therapy (ECT) was about as sophisticated as my mechanics. It was like giving the skull a good kick to give the brain within a jolt. But, oddly enough, I became convinced that it worked – in the right cases, of course.

Early in my career, there was a lady in the medical ward so depressed that she would not eat, drink or talk.

Unsupported, she would have died. Then, in quick succession, she had two spontaneous seizures of the kind brought about by ECT. Immediately afterwards, she began to eat, drink and talk − quite cheerfully.

Suicide is the ultimate bad consequence of severe depression, of course. So, if ECT treats such depression, does it obviate the risk of suicide? It should – but what should be the case is often not the case.

Researchers in Sweden compared the suicide rates of people with severe depression who had – and had not – been treated with ECT. Statistically speaking, the risk of suicide is greatest within three months after the end of treatment, ECT or not. They followed up the patients at three and 12 months. In short, they found that at 12 months, 1.6 per cent of patients not treated with ECT had died by suicide, but only 1.1 per cent of those treated with it had done so.

Perhaps more surprisingly, there was a difference also in the all-cause death rate between the treatment groups. Some 0.7 per cent and 2.9 per cent of the ECT group had died at three and 12 months respectively. But in the non-ECT group, the figures were 1.7 and 4.3 per cent.

Needless to say, some caution needs to be exercised in the interpretation of these figures. Although the authors did their best to control for as many relevant factors as possible, there may well still have been differences between those treated with ECT and those not so treated.

Still, since ECT is usually now reserved for the most severe cases (gone are the days when many patients were lined up for what was called ‘the electric breakfast’, having been forbidden to eat before their treatment), the results may have underestimated rather than overestimated the effect on suicide rates.

ECT was not effective in young people; only in those aged over 45. The more severe the depression, the more effective it was. It was particularly effective in those who were so depressed that they became psychotic.

There were 62 suicides in the ECT group and 90 in the non-ECT group, and a total of 5,525 patients in each group. In other words, 5,525 courses of ECT had to be given to prevent 28 suicides; that is to say nearly 200 courses to prevent one suicide.

It was no part of the authors’ intention to study and compare the side effects of the different modes of treatments. It is conceivable – though, to judge from other studies, unlikely – that ECT caused such a deterioration in post-treatment quality of life that it would obliterate the significance of the suicides prevented.

Incidentally, it is when severely depressed people suddenly improve somewhat that they are in gravest danger of suicide. They are still miserable, but they now have enough energy and initiative to kill themselves.

I am reminded of Tocqueville’s observation, that tyrannical regimes are most in danger of revolt when they try to improve themselves.