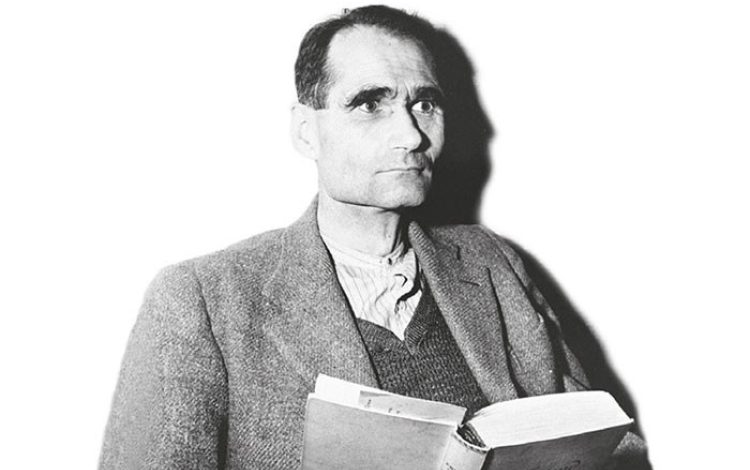 Prisoner No 7: Hess in Spandau Prison
View Full Size
1
of 1

Valentine Cecil's paternal grandmother advised him always to take the opportunity to meet prominent people, however briefly, from Winston Churchill to Rudolf Hess

My paternal grandmother advised me always to take the opportunity to meet prominent people, however briefly. She started me off by sitting me on a sofa to talk to Winston Churchill.

I was prompted by Adrian Greaves’s memories (July issue) of guarding Albert Speer to remember another meeting.

My regiment, the Grenadier Guards, was stationed in Berlin from 1979 to 1981. The wall was still up; our task was to defend the British sector under the command of the British Military Government.

One of our tasks was providing the guard for Spandau Prison, a gloomy 19th-century jail with one inmate, Rudolf Hess (1894-1987): Prisoner No 7, as he was known.

The Russians turned down numerous requests for his release; his presence allowed continued access to the British sector.

It fell to me several times to command the Spandau guard – a rotation between the Russians, French and Americans.

The prison was very run down, except for where the warders, guards and No 7 were accommodated. It had a large area that No 7 had made into an attractive garden, but, as he aged, he lost interest.

One winter morning, making my morning rounds I saw No 7 in the garden making a snowman. He had built the head separately from the body and I saw that he was unable to lift it onto the main structure. I did wonder if this mode of snowman-building had some Nazi link, as No 7 remained a committed Nazi.

The military guard were not allowed to talk directly to the prisoner. Thinking of my grandmother, I thought I would never have the chance to talk to the Deputy Führer again and that any disciplinary consequences could not be severe. I offered to help him finish the snowman.

I introduced myself by saying that he had met my grandfather in 1935 at a dinner given by Hitler – the invitation and the place à table are in the family archives.

He was grumpy and taciturn but we finished the snowman. When I suggested that we finish it with a nose, eyes, eyebrows and mouth, he assisted – but he was enraged when I suggested, using my fingers, that we put on a small toothbrush moustache.

Allied powers each designated a doctor to provide medical care for No 7. This was increasingly required as he developed prostate cancer. The British doctor, who felt a little sorry for No 7, thought his life would be more comfortable if he had a glass of wine with his lunch and dinner. The doctor sent a memo to his fellow doctors.

The French replied, ‘C’est normale.’ The Americans said they didn’t care. And the Russians would consider it if it could be shown to be beneficial to his health.>span class="Apple-converted-space">

Our doctor circulated some research and, finally, all the parties agreed.

The doctor went to Spandau to inform No 7, who although not teetotal hadn’t had any alcohol for 40 years. On hearing he was getting red wine at lunch and dinner, he said he liked only white wine. No compromises from the Deputy Führer.

Trial by fire: The Windsor Castle blaze 25 years on