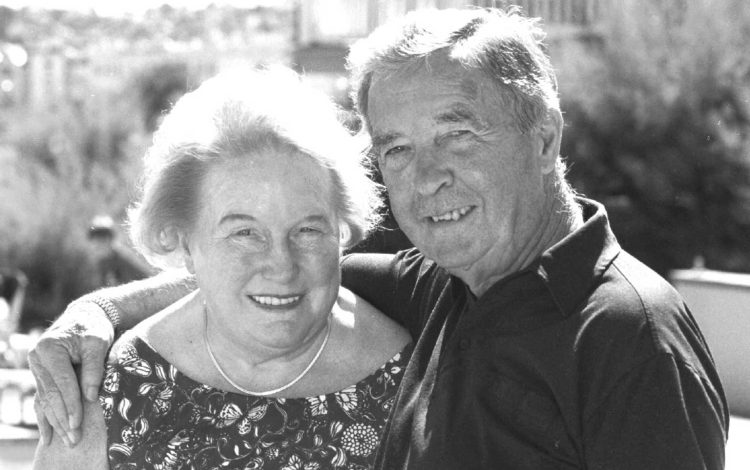 William Cook solves the ultimate mystery of the jockey, born 100 years ago. Did he write his bestsellers himself?

Sixty-six years on, it remains the biggest mystery in racing history: why did Devon Loch lie down at Aintree, 40 yards from the finish, only seconds away from winning the Grand National?

He’d jumped the final fence and was five lengths ahead when he collapsed; yet a few minutes later, he seemed fine again.

For the man who rode Devon Loch in the 1956 Grand National, that strange, spectacular collapse was a life-defining moment. Dick Francis feared he’d always be remembered as the man who lost the Grand National in the most dramatic, heartbreaking fashion. Yet – 100 years since he was born in Lawrenny, Pembrokeshire, on 31st October 1920, and ten years since he died, aged 89, in the Cayman Islands – he’s renowned and revered as Britain’s greatest racing-thriller writer.

If Devon Loch had won that day, Francis might never have become a writer. Like countless other jockeys, he would now be long forgotten. Yet the interest in Devon Loch prompted him to write his autobiography and, when he retired from racing the following year, it was published by Michael Joseph, who owned racehorses, and for whom he’d ridden a few times.

That book, The Sport of Queens, did well, cementing his new relationship with the Sunday Express. He started writing for the paper regularly and continued to do so for 16 years. Yet the pay was a lot less than he’d been earning as a jockey. With a wife and two children to support, he realised he needed an additional source of income to pay the bills.

In 1962, Francis published his first thriller, Dead Cert. It went down well, and led to another, and then another… By the time he died, he’d published dozens of bestsellers, selling some 60 million copies worldwide. Yet his prolific (and lucrative) writing career has spawned another mystery – an even greater mystery than Devon Loch: did he write those books alone, or were they written with his beloved wife, Mary?

Right from the start, Dick was happy to acknowledge that Mary had a big hand in his writing. She’d encouraged him to write his autobiography (Dick doubted he could do it). When he came to write the thrillers, his publishers recognised her role as his researcher, editor and sounding-board. Yet as far as the public were concerned, the books were solely by Dick Francis. Was this the whole truth, a deception or merely clever marketing?

I’d opt for the third of these. Wives have often played a leading role in their husbands’ literary endeavours. Historically, this leading role was often hidden from the public, by their publishers or their husbands. In the case of the Francises, the person who hid the truth wasn’t Dick so much as Mary.

In his fine (unauthorised) biography, Dick Francis: A Racing Life, Graham Lord recalls a conversation with the couple, which Mary asked him to suppress.

‘I want you to have the credit,’ Dick told Mary.

‘You will give people the wrong impression,’ she replied.

Lord makes a convincing case that Mary was the co-author of these thrillers and it’s clear that it was she, not Dick, who wanted this to remain a secret.

‘To Mary, my wife, for more than she will allow me to say,’ he writes in his autobiography’s acknowledgements.

It’s easy to see how it could have happened. Dick was steeped in racing. He’d only ever wanted to be a jockey, like his father and grandfather. He left school at 15 with no qualifications and, apart from wartime service in the RAF, all he’d ever really done was ride. Conversely, Mary had an English and French degree from London University, and an avid interest in literature.

For a sportsman to get some ‘help’ with his autobiography has always been standard practice. Why pay a ghost to do it when your wife could do a better job? Likewise, with the thrillers, the niceties of authorship can’t have seemed so important when they were starting out. They’d fallen in love at first sight and remained soul mates throughout their lives. What did it matter whose name went on the cover?

The reason this became a source of such interest was that the books were so damn good. I’m one of millions of readers who adore them, and I’m in very good company. Other Dick Francis fans have included Kingsley Amis and Philip Larkin. The best of the books are taut and powerful, with complex central characters and a wonderful sense of atmosphere.

Personally, I feel sure Dick never could have written these thrillers without Mary, but I also feel sure that Mary never could have written them without Dick. For a jockey’s wife, she was remarkably uninterested in racing. She’d hardly ever ridden, not since she was a child. The intricacies of the racing world which give these books their intense flavour feel like his, just as the literary flourishes and feminine insights feel like hers.

After Mary died, Dick wrote four novels with his younger son, Felix, with his son’s name on the covers. Since Dick’s death, Felix has written half a dozen ‘Dick Francis’ books of his own. I was sorry he wasn’t able to grant me an interview for this article. I would have loved to learn more from him about his parents’ amazing partnership.

‘It was always a team effort,’ Felix told the Daily Express in 2017. ‘My father was never called Dick at home. He was always called Richard. In my view, “Dick Francis” was always my mother and father together.’

In my view, to mark his father’s centenary, it would be nice to see both his parents’ names on new editions of the books.