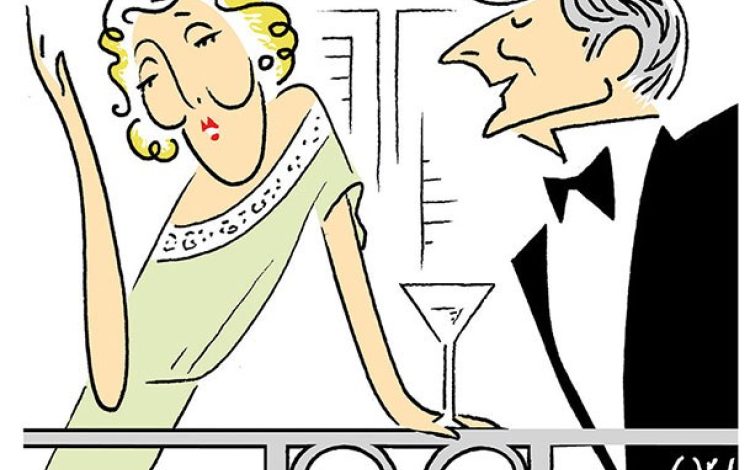 ‘Even the youngest of us will know, in 50 years’ time, what we mean by “a very Noël Coward sort of person”,’ wrote Kenneth Tynan.

But what is a Noël Coward sort of person? I’d say it’s someone with an effortless sense of style, a shrewd understanding of life’s absurdity and a rank refusal to take themselves (or anyone else) too seriously.

These admirable attributes are encapsulated in Coward’s finest play, Private Lives, and this fine touring production, directed by Christopher Luscombe, does it credit. It doesn’t break any new ground - it doesn’t need to. Like all great dramas, it has its own momentum which sweeps the actors along with it, like surfers riding the perfect wave.

Coward liked to boast that he wrote Private Lives in just four days, and its construction is so clever and yet so simple that you can see how he too was swept along.

Two honeymooning couples, Victor and Amanda and Elyot and Sybil, arrive at a hotel in Deauville. What follows is one of the funniest plays in the English language, but beneath the laughter there are some profound insights into the complexities of sexual attraction.

The revelation that drives the drama is that Elyot and Amanda have been married before, to each other, and out of these circumstances Coward constructs a brilliant examination of romance. Elyot and Amanda are utterly despicable, but we can’t help but adore them because their love for each other runs so deep. Victor and Sybil, conversely, are utterly respectable, but we can’t warm to them because they’ve never known true love.

Coward’s daring argument – although he’s far too good a dramatist to spell it out – is that Elyot and Amanda, who seem so selfish and frivolous, are far wiser (and, in a way, far kinder) than Victor and Sybil, whose prim morality is no match for the untidy complications of real life.

Dugald Bruce-Lockhart and Natalie Walter are faultless as Victor and Sibyl, but theirs is a thankless task. The play belongs to Elyot and Amanda, and Nigel Havers and Patricia Hodge are perfectly cast as these cynical yet sympathetic lovers. However, Coward and his great friend Gertrude Lawrence were in their early thirties when they premièred these roles, in 1930. Havers is 70 and Hodge is 75. Are they simply now too old?

Absolutely not! If anything, Coward and Lawrence were rather too young to play these parts. I’d say 40 might be the ideal age – and 40 back in 1930 is more like 50 now. OK, so it’s still a stretch to say that 70 is the new 50, but look at it this way: we live in a brave new world of colour-blind and gender-neutral casting, where actors of any ethnicity or sexuality are supposed to be able to play any role. If a woman can play Hamlet and a black man can play Macbeth, why can’t older people play younger people? Equal rights for all!

In fact, evergreen Hodge and Havers both look at least ten years younger, but that’s beside the point. The point is that if people of every race and whatever gender can have a go at any part they like – and quite right too – then surely it’s only fair that we oldies should be allowed to join in too?

Indeed, just as a female Hamlet or a black Macbeth reveals different aspects of Shakespeare’s characters, so older actors bring something new to Coward’s masterpiece. When I’ve seen these parts played by younger actors (closer to the ages Coward intended), Elyot and Amanda have seemed rather heartless. Played by older actors, they seem warmer and more vulnerable, acutely aware of their mortality and the remorseless march of time.

What Hodge and Havers demonstrate so adeptly is that great actors can not only play any age; they can play several ages simultaneously. In Havers’s skittish performance, we see both the young man he once was and the old man he’ll soon become. In Hodges’s measured portrayal, we see the mature woman she’s become and the young woman she used to be.

‘Very few people are completely normal, deep down in their private lives,’ Amanda tells her shallow second husband, Victor, in the line that defines the play. In this priceless observation, as in so many other things, Noël Coward was at least 50 years ahead of his time. Tynan was quite right.