Winner of the 2021 Jeremy Lewis Prize 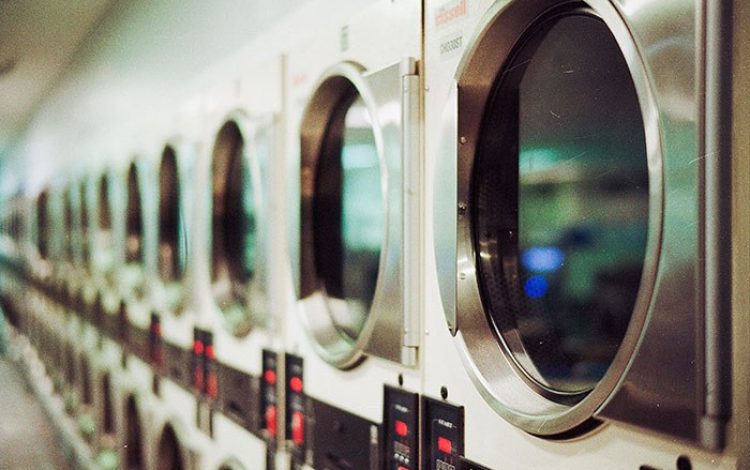 Jane Bower has won the Jeremy Lewis Prize in honour of our late deputy editor, Jeremy Lewis. Here is the story of her gruelling summer in a Headingley laundry

In summer 1974, I returned home to Leeds after my first year of teacher training, and took a holiday job at Headingley Laundry.

The grim building, familiar since childhood, was yards from my old junior school. As children, we trooped to assembly in the adjacent institute, beneath the laundry’s steam clouds. But I had never been inside.

To enter it was to enter a Dickensian scenario, peopled with an unknown Leeds. Though built in the 1920s, it resembled a Victorian sweatshop.

My ear strained to attune to the workers’ accent and unexplained phrases under the mind-shattering din of machinery. The boss, Dave, introduced me to Vicky, whose front teeth were rotten. She told me to ‘clock in’. Others made a swift, nonchalant movement, but the hostile box never grabbed my card and I stood uselessly, pink with humiliation.

Our hours were ‘8 while 4’, with 30 minutes to chew speechlessly our sandwiches on the wall outside. Inside, sitting was forbidden. Twice daily, hot chocolate, at 2p a plastic cup, was brought to our machines by a small, aged, bandy-legged Susie. Conversational attempts were impossible. When I told Vicky my favourite film was Women in Love, she grimaced: ‘’Kin’ell, sahnds like lesbians.’ One blank-faced lady, there for decades, was completely wordless.

The machines were sinister. The shirt- dryer became the Flying Ghost Machine. You dressed the torso shape in a shirt, pressed a switch and it reared up, headless, arms flailing wildly. The floor, like damp earth, was filthy. ‘Tekkit reewash’ was the instruction when anything fell.

Most feared was the calender [yes, that is how it’s spelt] – a vast, high structure. Climbing aloft, we clipped a sheet’s corners into metal grabbers, which at lightning speed whipped it away forcefully. Miss the moment and the sheet was rent audibly asunder. Some, of thick, creamy cotton, smelled strangely sweet. These bore a black, inked word: ‘DEATH’. They were from the hospital mortuary.

At the pillowcase-folder, stultified with boredom, I counted, reporting to Dave when I had folded a thousand. ‘Go an’ fold a thousand more,’ he responded. Starved of colour and stimulation, I was elated by one printed with Magic Roundabout characters. After a month, my father offered me the £16 weekly pay to leave.

The laundry, now demolished, steamed on into the 1980s. My school is now a popular café; the institute featured on BBC’s A House Through Time. But whenever I pass, I see, smell and shudder at the summer of 1974.

Farewell to the garden of a lifetime - Christian Lamb, 101