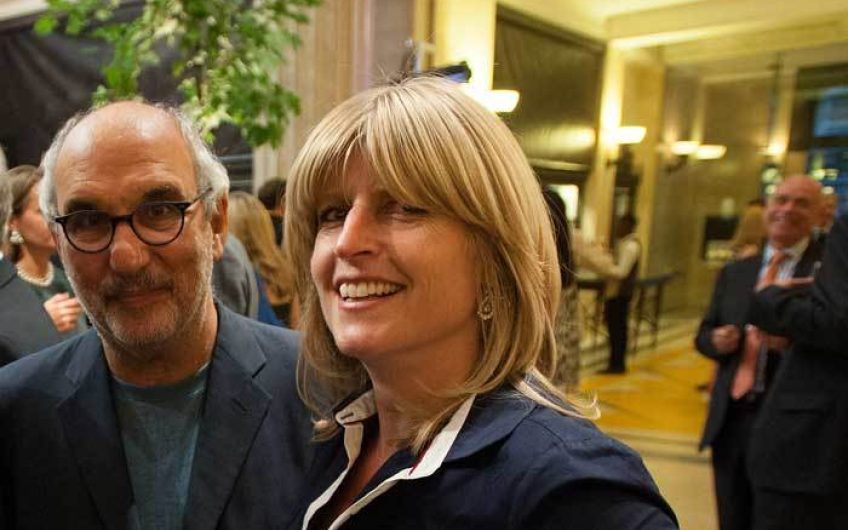 By the time you read this it will almost be over. Unlike Brexit, which will never be over. Brexit is like death and taxes. It will always be with us. It will see us all out.

‘I am just waiting for death,’ said one Tory MP last week. I turned to another on the terrace. ‘Brexit is…Tantric politics,’ he said. ‘Goes on and on. We are weirdly hooked. I even wonder whether we would miss it if it ever ended.’

I have been a candidate for around a month. My brother in law Jamie stood as a Lib Dem candidate in Edmonton in 1974. ‘It was an unforgettable and unrepeatable experience,’ he said. About right.

My slight anxiety is that many of the memorable moments of the campaign have been gaffes, mostly mine.

The Today programme’s Ross Hawkins had been calling me to ask whether he could stalk me around the West Country stump. I am as everyone knows a shy retiring person who guards my privacy fiercely and abhors personal publicity.

‘Well, I’m in Falmouth Wednesday doing a hustings with Ann Widdecombe and the Tories (how strange to separate those two) and the Labour councillor and – ‘ I couldn’t remember, nor did Ross care.

There are so many hustings, so many candidates, so little time.

‘I’ll see you in Falmouth, then. Shall we say 3pm at Rick Stein’s?’

We were both coming from London. I shall spare you the Clockwise-style horror that was my trip to Cornwall (as you’re here, OK then, I started by almost going to the wrong airport in a monsoon, managed to fight my way off Gatwick Express, two Ubers to Heathrow cancelled on me, black cab to Heathrow, luckily flight had been delayed by ‘adverse weather conditions’ for an hour and as I galloped to the gate guess who I passed on the stairs. Yes. Rick Stein.)

When I got to Newquay I was a dehydrated husk (I am too green and mean to buy bottled water on planes). I had delayed my rendezvous with the Today prog to 4pm.

I waited in Rick Stein’s.

After about 30 minutes, two men with purposeful expressions and military mien entered the quayside “eatery.”

“Table for five at five,” one said.

It was four-thirty. Then Ann Widdecombe walked in. Ann Widdecombe’s Brexit party is predicted to snatch at least three of the available six seats in the South West, so she is not the one to beat. She has already won.

Plus, Widdy was going everywhere with a car and a driver and had two security guards with her whereas I am paying all my own expenses as I believe more in being open and connected than I do in being free and independent. Sovereignty does not butter any parsnips in my book.

Back to Ann. I have spent three weeks living cheek to jowl with Ann. We did Big Brother together. I was evicted second and she was runner up, which is this election in a nutshell.

Yes, she’s scary as hell - but her goons were to protect her from the public, not the public from her.

‘Why the security, Ann?’ I asked, but she wouldn’t say, but told me that a fellow candidate, salmon magnate Lance Forman, had had a swastika daubed on his property.

Then the Today prog’s Ross appeared in the nick of time as Ann was sitting down to her fish supper and insisted we do a walkabout even though I suggested we had a pale Cornish ale in a pub as a stiffener for the ordeal ahead (a hustings at the University).

He declined this suggestion and route-marched me through Falmouth, past chandlers and shops selling matelot jerseys I was longing to rootle in.

After about ten minutes we paused for breath on a pier, overlooking the fishing-boat-bobbing harbour.

And then Ross popped the question.

So what is it about the Lib Dems made you drop them? Name a policy you disagree with.

It was as if my brain had frozen over. One, I couldn’t name a single Lib Dem policy apart from tuition fees, and being part of the coalition that called the referendum, and I was determined to be nice.

Two, Change UK hadn’t published its policy document yet and so was, like the Brexit Party, a command rather than a fully-formed political entity, and I didn’t know what its policies were.

The seconds ticked by.

What Ivo calls ‘The Silence of the Lambs’ was broadcast in its entirety on the Today programme. It was repeated on the World at One, and when I went into Broadcasting House on Sunday, a studio manager told me he’d had to shorten it in case the “emergency tape” kicked in, which happens if the station falls off air, nuclear strike, etc.

The Express is always standing by to pour scorn on miserable Remoaners like me and also pounced.

“Rachel Johnson, the sister of Boris Johnson, is standing as a candidate for Change UK in the upcoming European elections at the end of May. But, the Remain supporter, who was a member of the Liberal Democrats because of Brexit, was left silenced after a brutal question by a BBC political correspondent. Aired on Radio 4’s Today programme, BBC’s Ross Hawkins asked the Remainer if Ms Johnson could outline “a single point” about the Liberal Democrats that she disagreed with.

Nick Robinson put it into his Political Thinking Podcast, a citation of which I am particularly proud.

Whatever happens in the elections (and I think we can all guess) I can, at least, can lay claim the shortest career – but longest broadcast pause – in recent British political history.