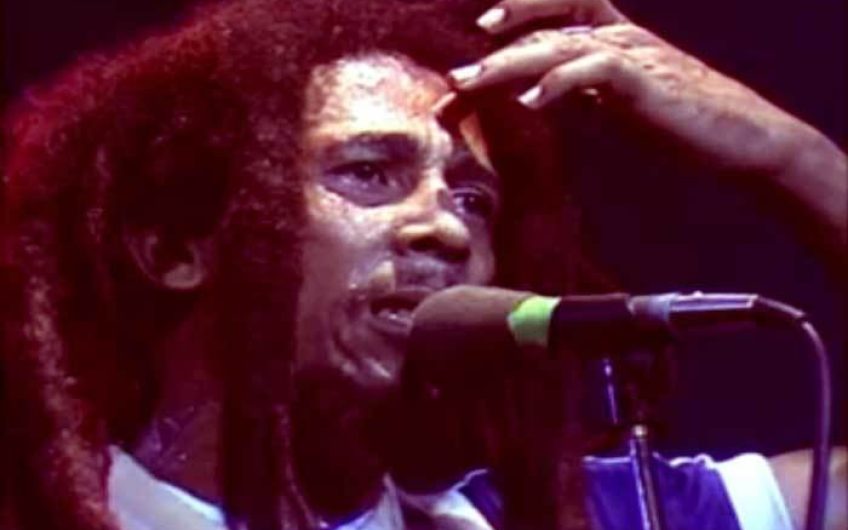 If you asked someone in the street to name ten things about Jamaica, these three people would give Rastas and ganja and (if you’re a Guardian reader) Windrush a close run: James Bond, Chris Blackwell and Bob Marley.

Lucky, then, that I went to Jamaica just as Island Records is turning 60 - the label was found by Chris Blackwell on July 4, 1959. I am here to tell you, in the manner of a superannuated Radio 2 quiz show, the sweet and somewhat surprising way these three things connect. Buckle up, then, pop pickers, it’s time for our No Woman, No Cry special.

We start our quiz at Goldeneye, where Ian Fleming wrote the James Bond books.

Bond connects to Chris Blackwell, with whom I was lucky enough to lunch, because, of course … Blackwell owns Goldeneye.

The commandment ‘Never meet your heroes’ does not apply to Chris Blackwell, who at 81 still manages to be wildly attractive and compelling.

Over bottles of ice-cold Red Stripe (white wine for him) in his Goldeneye beach bar, chased down (by both of us) with shots of his own Blackwell Black Gold Fine Rum, Blackwell – dressed in fatigues and a faded purple sweatshirt, saying, ‘Montauk, a little town with a big fishing problem’ – told us how it all got going, even though he is living history when it comes to music and most sentient adults know, or should know, at least something about Island Records already.

Blackwell makes the label's early days sound like a walk in the park.

‘There wasn’t much competition then,’ he says. ‘People came to me. I recorded them. I made the records, put them in the sleeves and got them into the shops.’

His first Number 1, in 1959, was Boogie in My Bones by Laurel Aitken, and then – whoosh! – the B-side track, Little Sheila, went on to top the charts, too. After Jamaican independence in 1962, Blackwell says, ‘There was lots of competition.’ That same year, he moved back to England, to flog discs to record stores (radio stations wouldn’t play Island music, nor would the music press go near). ‘It was the hardest work and the happiest time of my life.’

His biggest early hit was My Boy Lollipop, sung by Millie Small, which went to Number 2 in Britain and America in 1964. He also signed Toots and the Maytals, the first band to introduce the term ‘reggae’ into their music (Do the Reggay, 1968).

And then there came another break. ‘In 1973, Bob Marley came to me,’ says Blackwell. He signed the biggest international black star after James Brown, and now, patient reader, we come to the apogee of this piece. It’s obvious that Marley connects with Blackwell, because Blackwell signed Marley, but how does Marley connect with Bond?

‘Goldeneye was up for sale in 1976 [Ian Fleming died in 1964],’ explains Blackwell. ‘My mother was keen for me to buy it but I was a bit short of cash at the time. So I suggested to Bob Marley that he should buy it.’

Marley was on the verge of buying the house but dropped out at the last minute. His name was even on the contract. When Blackwell found the money, he crossed out Marley’s name and put his own in (with Bob’s full agreement). Chris still lives with his partner Marika in a tiny Swiss chalet in a wooded part of the Goldeneye estate.

Blackwell is hands down the coolest man I’ve ever met. Lunching at Goldeneye, as he told us about Bob Marley, was one to tell the grandchildren.

He maintains that music is preferable to film, as ‘You can make a hit with a hundred bucks but you can spend your life raising money for a film that never gets made.’

Blackwell’s Island label, which he sold to Polygram in 1989 for a reported $272m, has arguably been more influential than any other. Artists who have signed – its tropical palm-tree logo alone, making one feel like having a cheeky mojito tinny on the tube – include U2, Roxy Music, Cat Stevens, Steve Winwood, Fairport Convention, Robert Palmer, Grace Jones, the Killers, Mumford & Sons, Amy Winehouse, Florence + the Machine, Annie Lennox, P J Harvey, Janet Jackson, Keane and Ariana Grande. Oh, and what’s more, Sting wrote Every Breath You Take at Ian Fleming’s desk, while staying at Goldeneye in 1982.

As I watch the gentle, tall, lean man chew his salad, composed with greens from his own farm, and patiently answer questions he must have replied to thousands of times, I can only sit back and marvel.

He has led a charmed life, he has brought pleasure to millions, he lives a modest life on his island in the sun, and this, he says, is his secret to his success.

‘Stay with what you love.’