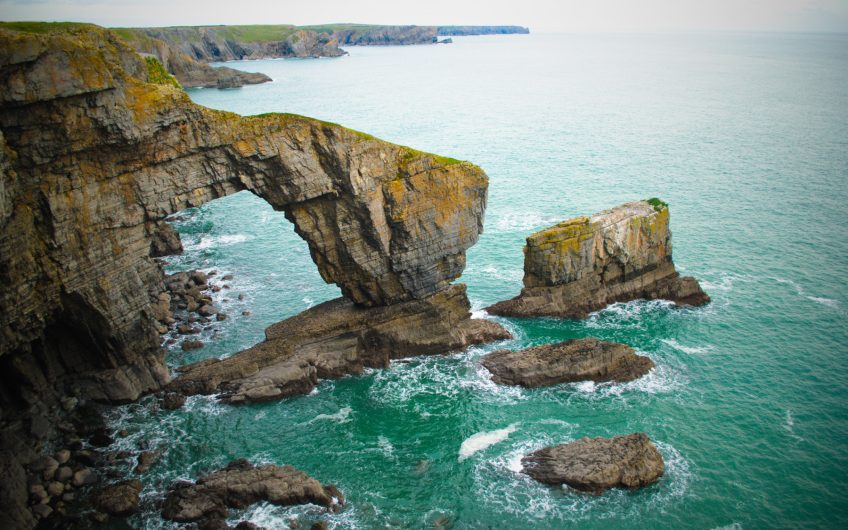 70 years ago today, the Peak District was designated Britain's first national park. Harry Mount sings the praises of another national park - in Pembrokeshire - and the charming village of Llangwm

No, you don’t pronounce it ‘Clangum’ – as you normally would with Welsh place names beginning with a double l.

It’s actually pronounced ‘Langum’, because it’s in the English-speaking part of Pembrokeshire – ‘Little England beyond Wales’, as the county is nicknamed.

In the 12th century, Flemish settlers – the brilliantly named Godebert the Fleming among them – took refuge over here after the great floods in Flanders in the 12th century. They were offered land by the English in return for subduing the Welsh.

And so you end up with Llangwm, a quintessential Anglo-Welsh town: with two nonconformist chapels and the medieval Anglican church of St Jerome. The inhabitants, too, are a mixture of English and Welsh, with all the best qualities of Pembrokeshire people: unflashy, wry, chatty, funny, anecdotal.

Llangwm, perched on the banks of the River Cleddau estuary, held its third annual literary festival this summer. Set up by lawyer and Llangwm resident, Michael Pugh, the festival’s speakers wre an Anglo-Welsh mix, too. The general focus of this year’s festival was contemporary Welsh writing, travel and Europe.

Llangwm is also a tactically positioned springboard for visiting the rest of Pembrokeshire. There are long necklaces of castles strung along the coast and the River Cleddau; and, in St David’s, you have Britain’s prettiest small cathedral.

The Pembrokeshire Coast National Park is on the town’s doorstep. The rollercoaster sandstone cliffs around the castle-town of Manorbier give way to the billiard-table flat, limestone cliffs of St Govan’s Head, with its pocket medieval chapel tucked into the rocks. Nearby, at Stack Rocks, and the natural arch of the Green Bridge of Wales, there is great seabird life: choughs, razorbills, cormorants and guillemots.

A little further north lies Skomer (regular boat trips), the rat-free island that hums with bird life in the summer. There are puffins and a quarter of a million Manx Shearwaters – although it’s hard to catch a glimpse of them during the day, deeply buried as they are in their burrows. Watch out, too, for the extremely rare Skomer Vole.

Wales still suffers from a stupid snobbery from some English people. A journalist friend of mine once said to me, ‘I’ve never been to Wales,’ with pride. What an idiot! But, still, thank God – that’s an extra bit of emptiness on the cliffs not occupied by dimbos like him.

As a result, thank God, Pembrokeshire is Cornwall without the crowds. It’s empty, empty, empty…

Foodies will be disappointed. There’s no Pembrokeshire Rick Stein – although Narberth, 16 miles from Llangwm, has become the local delicatessen hub.

Still, what you lose in poncey food, you gain in people-free nature. Even Tenby, the busiest holiday town – with pastel-coloured Regency houses wrapped around the medieval castle – is miraculously self-contained. Step outside the medieval walls and, in minutes, you have it all to yourself: beaches, cliffs, sea.