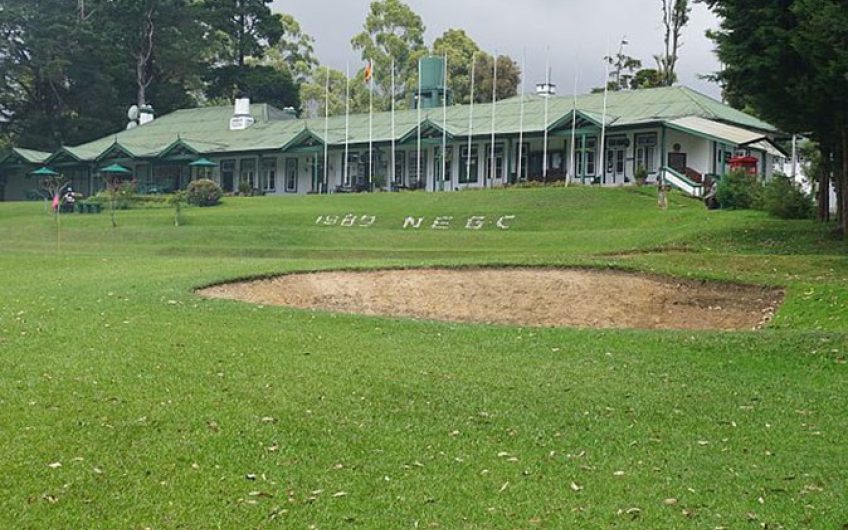 If there is a sticker on your door which says ‘Don’t let Europe Rule Britannia. A non-political campaign sponsored by This England, Cheltenham, Glos’ and you talk a lot about the good old days, and where’s the England I knew; if friends and neighbours are beginning to ignore your ravings; if you aren’t opposed to birdwatching and you play golf and like to talk about it too; if, frankly, your family are afraid to take you abroad because you are such a bore, then the time has come to find a new audience, new putting greens and new bars. Bores of England, Nuwara Eliya is your dream destination.

This is not banishment to unfamiliar foreign climes, for though it rests in the green and pleasant hill country of Sri Lanka (and you may call it Ceylon, if you like), Nuwara Eliya means ‘Little England’. Here is where the azaleas and dahlias line gravel drives and laurel bushes hide gabled Victorian bungalows. Mock tudor cottages called ‘Lake View’ overlook Lake Gregory, which was stocked with live brown trout from England in 1882 (record catch 141b). The Anglican church is a short walk across Victoria Park, and there’s a racetrack in the centre of town. The weather is cool and crisp. Perfect for golf.

The bracing climate brought one Sir Samuel Baker, an explorer best known for his Egyptian discoveries, to Nuwara Eliya in 1846, to recover from a bout of malaria.

So reminded by the landscape of his homeland was the gentleman, that he returned in 1848 to create an English village in the Ceylonese hills. From home he brought his hounds, his guns, his domestic staff, his farmhands, a bailiff, chosen stock, a blacksmith and a carriage. Everything survived the trek up the Ramboda Pass by elephant cart but the carriage. Baker’s coachman wrote to his master:

Honord Zur: I’m sorry to hinform you that the carriage and osses has met with a haccident and is tombled down a precipice and it’s a mussy as I didn’t go too...

For the leeks and cabbages and carrots, for the brewery and for the Hereford cows that graze there between the tea plantations, we have the memory of Baker to slap on the back. British tradition has persevered, as it will, and in the architecture too.

I should stay at the Grand Hotel, a timber-bonded Elizabethan style inn. We secured Deluxe Room No 201 at a snip. It had a bath and a bidet, a writing-desk and two double beds for variety. We inspected the amply stocked mini-bar and were highly satisfied with the contents which included five cans of Heineken lager. And then we repaired to the bar, mahogany panelled and upholstered in maroon velvet, where the Bloody Marys were mixed with just about the right amount of Lea & Perrins and we ate a club sandwich. After two frames of snooker on one of two full- sized tables, we walked among the roses in the garden. You’d think you were in England but for the eucalyptus groves out the back and the riotous red of the wild rhododendron bushes.

The whiniest of golfers could not complain about the tip-top condition of the greens at the Nuwara Eliya Golf Club, est. 1889. Club facilities include: ‘a reasonably priced well-appointed bar, dining-room and billiard room, together with a limited number of twin-bedded rooms with attached bathrooms.’ And for lone bores, ‘modest cubicle accommodation for single gentlemen is also available.’

Caddieless play is not permitted, but as the 18-hole course undulates up to a hole so alpine at 7,000 feet it is known as Switzerland, even the ‘I’ll get fitter quicker if I carry my own’ types bores will be glad of that. And when you’re done and you’ve soared high over par and need to talk about it, I advise a whisky with one of the permanent population of tea planters, Colombo tobacco merchants or rubber manufacturers who prop up the bar and talk Radio 4 English even among themselves. A conversation may begin, ‘Of course, when the British were here, things worked . . .’ or ‘Of course, when the British were here, things worked ... ’ Just so you know, we left in 1948.

And ladies, the Ladies are beyond your wildest lavatorial dreams. Blue and white and yellow appointed towels and furnishings adorn the cubicles, mother-of-pearl- backed brushes and reclining chairs rest in the rest-rooms, potted hyacinths and pot- 3 pourri freshen the air and you can study £ the 1930s Ladies Champion team pho- | tographs while you’re waiting to go. It is £ worth flying to Ceylon just to take your ease in these toilets.

If birds are more your game, there are 21 endemic species found only in Ceylon. The Dusky Blue Flycatcher and Legge’s Flowerpecker are less rare than the Ceylon Whiteye or the Blue Magpie, but carry on twitching and you’re sure to find a few to write letters home about. The bear monkeys with sideburns in the Hakgala Botanical Gardens are quite interesting too. Of an evening, the Hill Club should do. There’s been a men-only bar there since 1896 and ties are compulsory after 7pm. Old school ones are welcome. The St Andrew’s Hotel does good venison and the St Emilion at the Grand slips down a treat. And when your time is up in Sri Lanka’s England, you can return and bore everybody silly about how clever you are to have had such a cheap holiday, in the kind of place where a three-course dinner for two with wine and mints costs about nine pounds a head, and to hire a pair of golfing shoes for the day costs just one.