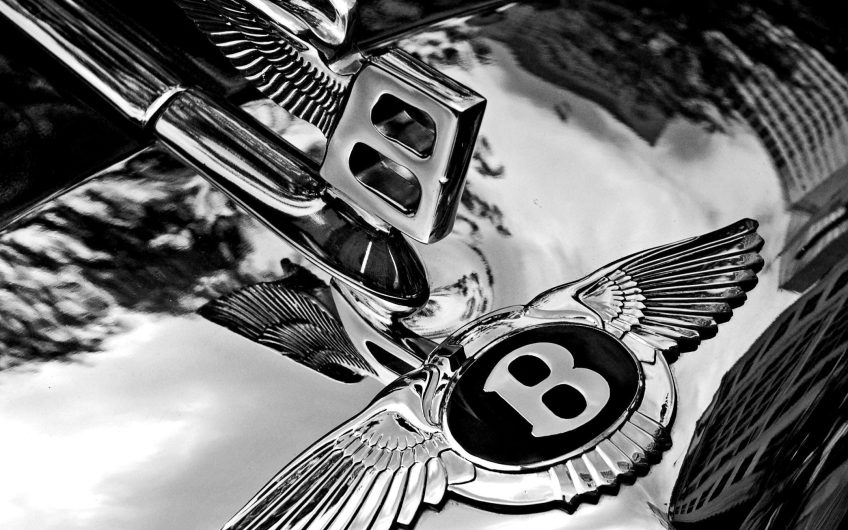 As the marque celebrates its 101st birthday, Harry Mount takes a £250,000 Bentley for a spin

No one told me Bentleys were so heavy.

I’m crouching by the rear right wheel of a Mulsanne Speed in a light drizzle. My mother is by the rear left wheel. I’ve got a spade and she’s got a trowel.

And we’re trying to dig the Bentley – over two and a half tons of it – out of the mud in the drive of my parents’ cottage in Pembrokeshire, west Wales.

Astonishingly – after I break the handle of the spade, and I dig out a huge stone with my mother’s trowel – we manage to get the car back onto the concrete hardstanding, and normal, supersmooth service is resumed.

That’s what you get with Bentleys: an incredibly smooth ride. You barely notice you’re moving thanks to the fortune spent by Bentley on the loudest noise in any car – the noise of tyre slapping against tarmac.

It’s so smooth – and eerily silent – that you feel you’re not actually driving. As I zoomed up the M4 from London to Pembrokeshire, I felt detached from reality, like I was playing an arcade game. The speed, acceleration and size – 190mph; 0-60mph in 4.8 seconds; 18 foot long – means you have utter confidence.

Like a supernaturally tall person among mere mortals, you can stride ahead of anyone with the merest dab of the accelerator. Someone blocking you in the fast lane? Cheekily undertake them and you’ll soar ahead before they’ve had time to raise two fingers at you.

You enter a strange world of opposites. How can something so heavy be so quick? The eggheads at Bentley’s Crewe factory have designed an ultra-quiet car – and a thumpingly loud stereo to fill the silence.

All the normal pressures of driving are relieved: every single entertainment system known to man is at your fingertips; the in-windscreen directions mean you don’t need to look away from the road to consult the satnav.

Still, as the nice man who delivered the press car to my door said, ‘It can’t make you a better driver.’ It can’t magically transport you through traffic jams. And it can’t self-levitate from the mud outside a Pembrokeshire cottage. But, then again, I get the feeling not too many Bentley owners are parking their Mulsannes outside Pembrokeshire cottages. Costing around a quarter of a million pounds, these cars are for people who are so rich they probably have several Bentleys – and an extra 4x4 for anything muddy.

As F Scott Fitzgerald said, the rich ‘are different from you and me. They possess and enjoy early, and it does something to them, makes them soft where we are hard, and cynical where we are trustful, in a way that, unless you were born rich, it is very difficult to understand. They think, deep in their hearts, that they are better than we are.’

I’m afraid I did feel rather special – if not better than anyone else – when I parked my Bentley at Leigh Delamere Services on the way to Wales. For three days, I had all the smugness of showing-off with none of the costs of ownership, apart from feeding the extraordinarily thirsty petrol tank.

At Leigh Delamere, I faux-modestly looked away as people stopped and stared when I turned on the engine and it growled like Lewis Hamilton on the Silverstone starting grid.

It also made me feel – as a non-billionaire – worried, when I left the Mulsanne overnight in my north London street. Would it still be there in the morning – and, if it was, how many people would have keyed it overnight? The answer was ‘Yes’ and ‘None’.

F Scott Fitzgerald was right. The rich are different from you and me – they don’t need to worry about the most expensive things in life because they’re so easily replaceable. As Withnail says in Withnail & I, about borrowing his Uncle Monty’s house for the weekend, ‘Free to those who can afford it; very expensive to those who can't.’ You need to be very rich and confident not to worry about quarter of a million pounds disappearing from your street.

How did Bentley end up as this super-rich, super-confident marque? It all began 100 years ago on July 10, 1919, when the first three-litre Bentley was created in New Street Mews, London, by Walter Owen Bentley (1888-1971). He founded Bentley Motors to ‘build a fast car – a good car, the best in its class’.

And so he did, brilliantly realising that lightweight aluminium – once considered too weak for engine pistons – could work if mixed with a little copper.

The early models were bloody fast – the Bentley was dubbed ‘the world’s fastest lorry’ by Italian car designer Ettore Bugatti, slamming the car for its supposed gracelessness.

From the beginning, Bentleys weren’t just fast but also expensive, not least because you could order your own souped-up, individually designed car – as you can now at Bentley’s Crewe factory, where you customise everything from the colour of your seat leather to your dashboard veneer (Dark Stained Madrona or Fiddleback Eucalyptus, anyone?).

The speed of the cars was emphasised by five Le Mans wins for Bentleys between 1924 and 1930. And there was a mighty injection of glamour in the shape of ‘the Bentley Boys’ who won those races.

Chief among them was Woolf ‘Babe’ Barnato, a diamond heir, winner of three Le Mans races in a row from 1928 to 1930. His Le Mans co-driver in 1929 was dashing aristocrat Sir Henry ‘Tim’ Birkin, Bt, roaring along the track, blue and white spotted silk scarf trailing in the wind. Birkin helped design the legendary Bentley Blower – the car James Bond drove in the first Ian Fleming novel, Casino Royale (1953).

In one devil-may-care competition, Barnato raced the legendary Blue Train from Cannes to Calais, by ferry to Dover, and then on to London – and won.

Barnato poured money into the Bentley company but still couldn’t stop it being flogged to Rolls-Royce in 1931. That didn’t prevent a continuing rivalry between the two marques. As one Bentley owner told me, ‘A Rolls-Royce is a statement. A Bentley is an understatement.’

Volkswagen bought Bentley in 1998 and they’ve owned it ever since. Since 1938, Bentleys have been made at the Crewe factory where Merlin engines for Spitfires and Hurricanes were built during the war.

Outside, the factory still has a streamlined Art Deco 1930s look. Inside – when I visit for the launch of the new Bentley Flying Spur – it is like a vast, modern kitchen: sparkling white, spick and span and stuffed full of technology.

The Flying Spur is fast – top speed 207 mph – but it’s also an entertainment suite on noise-cancelling tyres: with massaging chairs, remote-controlled blinds and a Flying B symbol on the bonnet that retracts at the flick of a switch.

On the factory floor, humans rather than robots add the handmade touch: men predominate in veneers; women on leather-stitching. The leather comes from south German bulls; cows have too many stretchmarks. Their 50-square-feet hides are checked for insect bites before they’re diamond-stitched into ‘church windows’ on the seatbacks.

I must confess that, before I borrowed a Bentley, I was tempted to mock this exercise in motorised self-indulgence. Once I’d driven one, and seen where it was made, I was bowled over by its style, produced not by cold robots, but by dedication, love and lots of human fingers – even if it was extremely heavy.