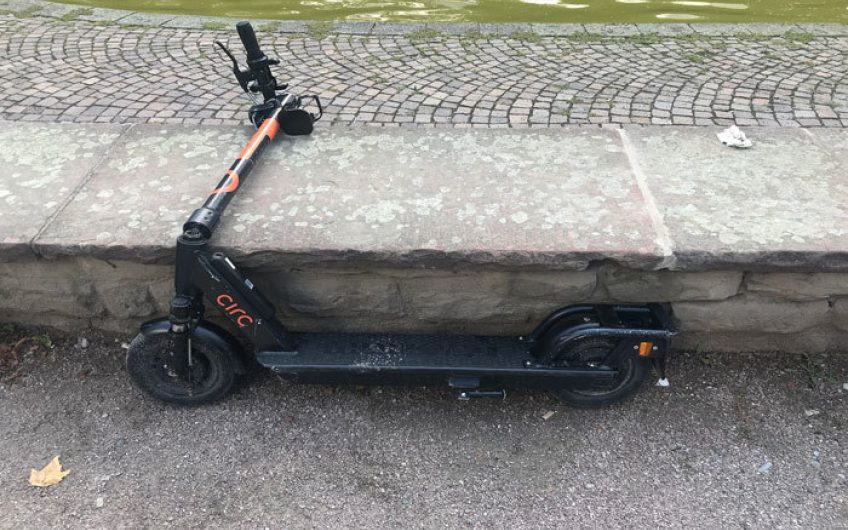 Britain is planning to allow electric scooters. Tom Hodgkinson, in Paris, warns us against them

The Guardian reports that fifteen people have been killed lately as a result of the plague of electric scooters on the streets of Paris. When I see these pests buzzing about in London town, scaring people and breaking the highway code in various ways, I fume with rage.

Already the electric scooters – which are illegal on London streets – have claimed at least one life. In May last year, TV presenter Emily Hartridge was knocked off her scooter following a collision with a lorry on a busy Battersea roundabout.

Well 126 years ago there was another new enemy on the streets of London – the bicycle, and the bicycle had its enemies. Just the other day I chanced on a rant against the deadly nature of this new-fangled invention in Jerome K. Jerome’s Idler magazine, which he co-edited for nearly 20 years.

The author, an Edwardian wit known as “Alden”, also compared the outbreak of bicycles to a disease, this time to a cholera epidemic which had been feared, but which had never materialised.

All summer we have been dreading the advent of cholera. January is now here and we have no cholera, but all the time an infinitely worse epidemic has been devastating London. At least a thousand cases of bicycle riding occur in this city every day, and on Saturdays and Sundays the number of cases probably reaches four or five thousand.

Alden goes on to say that it’s not just the physical accidents that the bicycles cause that worry him. It’s the mental stress:

Not content with killing or maiming their victims, the bicycles carry bells or trumpets for the dissemination of heart disease. Twenty times a day I hear a bell rung just behind me, and leap madly aside with a heart beating about a hundred and fifty to the minute.

Alden claims that the hospitals are heaving with the victims of stress caused by bicycles:

Go to the hospitals and see the thousands that are suffering from heart-disease brought on by sudden bicycle shocks, and then you will begin to think that the cholera is not worth mentioning by the side of the devastation wrought by the bicycle.

Luckily, Alden goes on to say, “it is some slight comfort to know that the bicyclist dies at an early age of disease of the heart”.

Since those days we have got more used to bicycles, and indeed there are now bicycle lanes everywhere, paid for by our taxes. Now the manufacturers of electric scooters – Silicon Valley profiteers to a man – blame accidents on an insufficiency of bicycle lanes, when in reality they are due to reckless riding and a lack of helmet wearing. Chris Uff, a neurosurgeon at the Royal London Hospital, said his team had treated four patients last summer with “fairly severe head injuries, either after coming off e-scooters or being hit by people on them”. And that is in a city where they are supposed to be illegal.

Stop the disease of e-scooters before it’s too late.