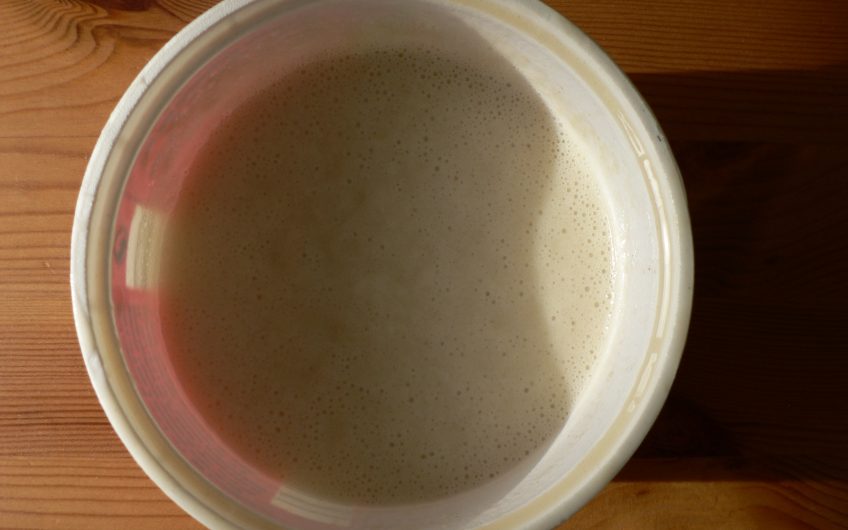 At a conference on improving hospital food Steve Cenci, boss of Compass Healthcare, introduced his profession like this: ‘Imagine a restaurant where 1,000 people must be fed at once, where your kitchen is half a mile away, where your chefs cannot season the food without written permission, where half your customers feel ill and none of them want to be there anyway, where menus must include options to satisfy dietary, medical, ethnic and religious demands, where 66 per cent of diners are between 65- and 90-years-old, and where your budget for a three-course meal and a drink is £1.49. Welcome to the world of patient catering.’

Steve is lucky. Most of his hospitals, spread across the country, have a prep-kitchen not too far away and main courses are cooked in ward kitchens, using the company’s patent, individually steam-cooked meals. The patients order two hours in advance, and each tray takes three minutes from cooker to bedside. Seventy-five per cent of his customers say they would recommend the food. That wouldn’t satisfy a half-decent restaurant, but it’s pretty damn good for the health sector.

Yes, it is a ‘system’. It’s not produced by creative young chefs, scanning the organic markets and daily choosing local, seasonal ingredients. For a large hospital, cooking everything from scratch is a pipe dream: dieticians need to know exactly what nutrients are in each item; hospitals desperate for more beds are not about to give up space for large ward kitchens; talented cooks don’t want to cook for the old, sick and appetite-less; £1.49 is a ludicrous budget.

But that’s not an excuse for inedible meals. However technically nutritious a plate of food is, there’s no benefit to the patient if it goes in the bin. The Patients Association has just produced a report that finds, unsurprisingly, that patients’ chief desire is for meals that taste good. They complain about tasteless food, tepid food, not being offered anything to eat if they have to miss meals, not being given help with eating when they need it, or failing to find anything on the menu that fits their dietary requirements.

The biggest single complaint is no toast for breakfast, or toast undercooked, with the texture of pipe-lagging. The excuse for this mean-minded failure is ‘health and safety’. Odd, since plenty of hospitals manage to serve hot, crisp toast.

If the Food Safety Authority sticks to its latest edict, toast will probably now be banned as carcinogenic, as well as a fire hazard.

The worst offenders import cheap ready-meals from factories hundreds of miles away: little portions of once-dried and pelleted protein, rehydrated, then cooked and frozen, and delivered to the hospital to be married with a cheap gluey sauce and ‘regenerated’ (i.e. cooked again), before spending an hour or more in a hot trolley.

I once watched my mother lift a cloche from her plate, when she was in hospital. A grey lake slowly flowed to the edge. Next to this foul-smelling sludge was a pool of watery mash and some khaki peas. She replaced the cloche before the grey stuff overflowed the plate.

‘Chicken à la King, I think. Or maybe it was the lamb korma.’

You can’t blame the caterer. Under the iniquitous PFI scheme, many contractors, seeking to offset some of their costs, entered into long-term contracts with caterers. In return for these fifteen-, sometimes thirty-year contracts, the caterers funded far-flung factories to prepare the cheapest possible meals. They often bore the cost of converting hospital basements from old-fashioned kitchens to regeneration and assembly stations. All the staff do is reheat frozen meals and lay trays with difficult-to-undo packages of cutlery, sweaty squares of cheese, cheap biscuits and dabs of marge.

The cost of breaking those contracts and compensating the caterers is beyond the hope of cash-strapped hospital trusts.

In high-street restaurants, cafés, pubs and supermarkets, public demand has been the trigger for improvement, making it at least possible to avoid over-processed, cheap junk. But there is no consumer power in hospitals. The NHS is the customer and the patient has to like it or leave it. About half leave it. And patients are in no position to stage a riot – as prisoners do if they don’t like the food.

Although the NHS doesn’t like to admit it, it has a short-term financial interest in as few patients eating as possible. The more meals served, the more it costs. And, if the patients won’t order from the menu and their relatives buy them food from the hospital shop, the hospital gains twice: once from saving on that hospital meal, once from its share of the shop’s revenue.

How can that be right? With thirty per cent of patients arriving in hospital malnourished and many leaving it worse than they came in, we need to face the fact that a major overhaul is due, driven by two things: money and conviction.

The most important, by far, is conviction. Health ministers, doctors and administrators need to be convinced that good food is medicine. If they believed that healthy food would lead to faster healing, that the pleasure of a good meal would cheer their patients up, that the Holy Grail of fewer bed nights (and therefore reduced cost) was attainable, I bet they’d find the money for better quality ingredients, better training, closer kitchens.

But don’t hold your breath.