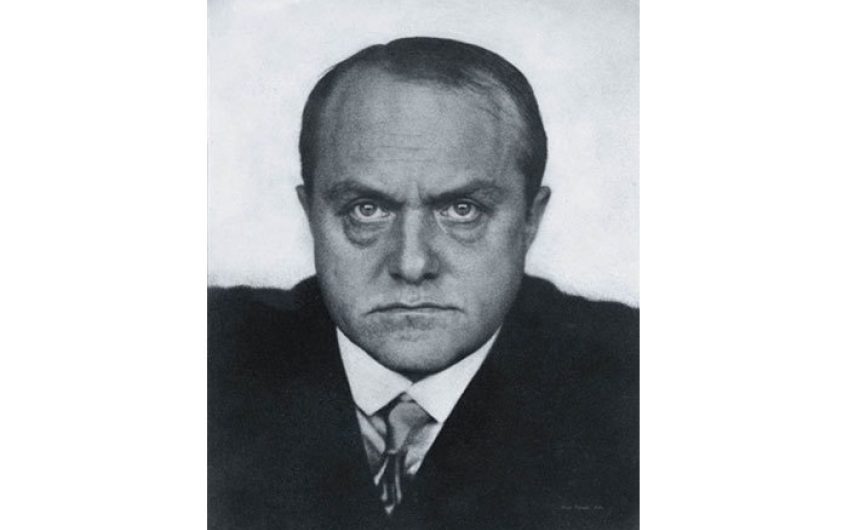 When I first saw ‘Resurrection’ by Max Beckmann in the Staatsgallerie in Stuttgart I thought it was some sort of mistake. One wall of a room, otherwise full of pictures by Beckmann from the Twenties and Thirties, was occupied by a vast scrappy-looking painting that I took to be much more modern. I couldn’t place it. I thought it could possibly be from the New York school of the Sixties. I ignored it and studied the other paintings instead. However, before I left the room – impelled by mild curiosity – I took another look at the odd, out-of-place intruder.

The picture is huge, about 16ft wide and 12ft high. At first glance, it looks unfinished. There are large areas of lightly scribbled charcoal lines and elsewhere the bare canvas is touched only by splotched and dribbled paint. But as I drew closer, I was embarrassed to see that I had been quite wrong: the painting was obviously by Beckmann after all, as the label confirmed; the label also gave the title, ‘Resurrection’, and the date, 1916–1918.

Even with the title and date as guides, the picture is difficult to understand. It appears to represent a catastrophe that has both happened and is awaited. There are two separate, carefully painted groups of men and women, wearing everyday clothes, who are apparently aware of, but mercifully sealed off from, a horrific event that hovers, dream-like, above and between them. Something inexpressibly awful has left a crowd of ghostly, contorted figures, standing in utter despair or sprawled in death. One man covers his face with his hands, a half-naked woman stands with raised arms, her head twisted impossibly to one side. In the centre of the picture, standing near a corpse, one man turns his back, hunching his shoulders and lowering his head. The sun has turned black. Standing half-hidden among the group of clothed men and women to the right of the picture, I recognised Beckmann himself. Towering above him, a weird, half-bandaged man strides out of the nightmare, going nowhere.

What was I looking at? If it was a resurrection, why was there no sign of light or redemption? Can there be a resurrection without hope? Why had the painting been abandoned after two years’ work? I was unable to answer any of the questions this vast canvas raised.

Over the next few days, my thoughts returned constantly to ‘Resurrection’. As soon as I got back to London I wanted to learn more about this strange painting. I consulted books but no book can possibly convey the power of its size. You need to see it in order to begin to understand it.

Here is some of what I learned. Beckmann, in the company of a number of his fellow painters, joined the army with enthusiasm at the outbreak of war in 1914. He volunteered as a medical orderly and served in Belgium until, in 1916, he suffered a severe physical and mental breakdown. He returned to Germany for treatment and was eventually discharged from active service in 1917, when he returned to civilian life. Already a well-known artist, his style had developed and changed during his time in the army. He had begun painting ‘Resurrection’ in 1916, soon after his breakdown, and worked on it until 1918, at which point he stopped. But he kept the great canvas leaning against a wall in his studio for fifteen years, until in 1933 he left Frankfurt for Berlin. He rolled up the painting and took it with him, but as far as I can tell, he never worked on it again, and he never exhibited it.

Alongside the self-portrait in the painting, Beckmann had represented his wife, Minna, his son, Peter, and his friends, Ugi and Friedel Battenberg, who had looked after him on his return from the front. Other self-portraits from this time are clearly full of desperation and terrible sadness.

The more I learned about the artist and ‘Resurrection’, the more I admired both. The painting seems to be a direct expression of Beckmann’s feelings about the war, but he did not paint battle or the blasted landscape of Flanders. He painted not the thing itself, but the dreadful effect the thing had wrought. He painted a resurrection into Hell. In front of this picture, you feel you are in the presence of a severely disturbed artist. You see him overcome his distress to paint a masterpiece. I began to think that ‘Resurrection’ is not unfinished. Beckmann created the empty spaces as surely as he painted the black sun, and they are as eloquent. He guides you towards the inexpressible and shows you the void. Many artists, writers and poets recorded their reaction to the 1914–18 war. Much of their work has become extremely well known. But in Britain at least, Beckmann’s has not, though his work belongs with the very best.

In 1909, five years before the Great War, Beckmann painted his first, more traditional ‘Resurrection’. Three years later, in 1912, he did a large painting of ‘The Sinking of the Titanic’, in which frightened survivors huddle together in over-loaded lifeboats. His ‘Resurrection’ of 1916–1918 could almost be by a different artist.

He had been working on it for two years, when he wrote: ‘There is nothing that I hate as much as sentimentality. The stronger and more intense my will to capture the unspeakable aspects of life, the more heavily and deeply the shockwaves of our existence burn within me. My mouth is ever clamped shut, and my will is ever more coldly determined to get my hands on this horribly convulsing monster of vitality, and to cage it up in sharp lines and surfaces which are as clear as glass – to weigh it down, to strangle it.’

We don’t judge a painting such as Beckmann’s second ‘Resurrection’ by any standard of beauty or technical skill. There are other scales: honesty, an inability to turn away, speaking from somewhere deeper than the heart. This ‘Resurrection’ is the gate through which Beckmann passed, to become one of the greatest artists of the 20th century.

1933, the year Beckmann moved to Berlin, was the year the Nazi Party came to power. Five years later, on 18th July 1938, Adolf Hitler gave a speech announcing ‘a merciless war’ on what he called ‘degenerate art’ – in effect, a war on the modern movement. The next day Beckmann and his second wife, Quappi, fled to Amsterdam, where they stayed throughout the war. In 1947, after years of extreme hardship during and after the war, Beckmann accepted a teaching position at Indiana University in the US. His work was already well known in the art world and he was offered numerous exhibitions and many other teaching jobs over the next few years. In December 1950, on his way to the Metropolitan Museum in New York, where one of his self-portraits was being exhibited, he collapsed and died, on the corner of 61st street and Central Park West.