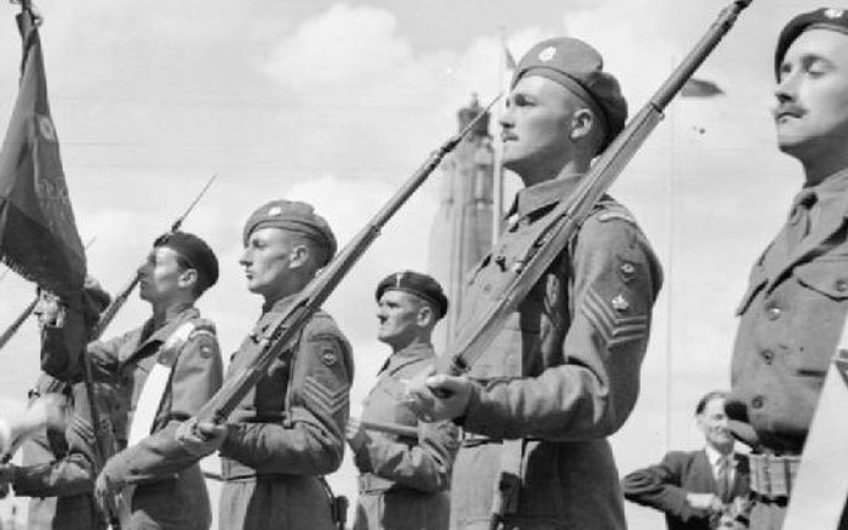 It is well over fifty years since the last intake of healthy over-eighteen males was called up for National Service. So if you can remember your army number and rank (22344998 Sergeant Price, S.) you’re still, at least mentally, in good shape. Worth remembering, because that was all you had to volunteer if captured by the enemy (Geneva Convention, 1929). I can remember a lot of the rest too, as if it was yesterday – in fact often much better than yesterday.

I don’t want to pull rank, but let me just explain the sergeant bit. After many victories and defeats, I was sent to Wilton Park, Beaconsfield, the HQ of the Royal Army Educational Corps, for a three-month course to become an Educational Corps sergeant. At the induction talk an officer informed us that most people didn’t know what the RAEC on our new shoulder flashes stood for. When told they’d say, ‘Like the Intelligence Corps, eh?’ – to which we should reply, ‘No, we’re more intelligent – and much older.’ Apparently the corps was pre-Crimean War, founded in 1845 as the Corps of Army Schoolmasters, when they had mostly taught reading and writing. Some of us, if we passed the course, might find ourselves doing the same – there was still fifteen per cent illiteracy in the army. I learned later that the corps’ proudest battle honour was the General Election of 1945. The influence of left-leaning, wartime education sergeants was thought to have helped turn out Churchill and bring in Attlee.

On the parade ground we were a fairly motley group from different regiments – artillery bombardiers with poor aim, claustrophobic tank troopers, infantry privates who were always out of step. There were university graduates, others en route to university, and a fair sprinkling of O- and A-levels among the rest. We weren’t exactly a crack body of men, but we weren’t stupid. An Irish Guards sergeant-major had something to say about that on our first parade. ‘Some of youse may think this course is going to be a doddle. It won’t be,’ he roared at us. But, clearly a cultivated man, he’d gone sixteen words without the common expletive. He continued: ‘Some of youse may leave here as teachers, but first and fucking foremost you’ll leave here as soldiers.’

Inevitably, our hut of eight had a know-all. Private Lewis knew we’d be turned into soldiers by sadistic Guards NCOs while RAEC officers turned us into teachers, all under the command of a ‘nutter’ with one eye, who sometimes wore a dress. Next day we assembled to meet him. Major Lord Wavell MC of the Black Watch had two eyes but only one arm, and he wore the dark green tartan kilt of his regiment. He was thick-set, of medium height, with gingery hair and a belligerent square jaw, and, if a nutter, he was a formidably tough one. I learned later that he had lost his arm and won his Military Cross in the Burma campaign. He told us what was in store if we passed the course – attachment to a regiment or corps, holding our own in a sergeants’ mess with men fifteen or twenty years older than us, who had probably served in the war, some of whom we might be teaching. We had only three months to learn a hell of a lot.

Wavell’s teaching was, by military standards, highly eccentric. He talked about the Greeks, their ideal of ‘excellence’, and their military and political virtues. Later, he moved onto T E Lawrence and his Seven Pillars of Wisdom. What did he want of us? Were we to become soldier-scholars, ‘excellent’ in body and soul? Next, he introduced us to the war poets, Brooke, Graves and Sassoon. He read us the last lines of Wilfred Owen’s ‘Dulce et decorum est’:

My friend, you would not tell with such high zest

To children ardent for some desperate glory,

It sounded strange coming from the mouth of a decorated war hero, whose equally-decorated father had been a field marshal.

Then it was up and away – an initiative test. We were each given a pound, a map and told to meet up at a youth hostel in the Lake District within 36 hours. Once there, it was four days of exhausting hikes from hostel to hostel with mountains in between. There was a Cumbrian in my group of four who knew all the bus routes and best pubs, but on the third day we made a fatal mistake. Wavell had led the first group, but we managed to arrive before them at the next hostel – and he hadn’t noticed us overtaking. Next day he led our group – up Helvellyn. His conversation was fascinating – ours ran out at around five hundred feet above sea-level. At least fifteen years older than us, Wavell got to the summit first. He stood there in his kilt, looking down at us as we gasped up the final slope, not like valiant Greeks or rugged soldier-scholars, just four shattered skivers who’d been caught out.

Amidst all the brutal soldiering we were actually learning how to teach. My own teaching practice hadn’t gone that well, and as I hadn’t won the MC on the Lake District campaign, I worried about passing the course. Private Know-all Lewis knew that borderliners should put their names down for the boxing competition, as Wavell was impressed by ‘a good scrapper’.

I’d never boxed before, but I’d seen newsreels of Joe Louis, the world champ, and our local hero, Freddie Mills. I’d just imitate them, guard up, bounce from foot to foot, then a lethal upper-cut and a fast cross. I felt pretty confident when I climbed into the ring. My opponent, Private Radcliffe, was exactly my height and weight. He’d never boxed before either, and we agreed there was no point in killing each other. He must have seen the newsreels too, as in the first round we danced around, doing everything professionals do, except throwing hard punches. I could see Wavell, in the front row, wasn’t impressed. Radcliffe and I were going to stay privates till demob.

Early in the next round Radcliffe lowered his guard. It was now or never, or we’d both stay privates till demob. A good, clean knock-out was the most painless ending. My lethal upper-cut found his jaw, but Iron-man Radcliffe just swayed slightly and then hit me full on the nose. Christ, it hurt! My eyes watered. Wavell would think I was crying. I staggered into a clinch and held on. ‘Sorry,’ Radcliffe whispered, ‘but I want to pass too.’ The next six minutes were a painful blur. The fight was declared a draw. I was sore all over for a week, but I passed the course – and so did Radcliffe.

About two thirds of us passed, and we stood to attention on the parade ground with our stripes newly sewed on. The RAEC had no regimental band of its own, but Wavell’s master-stroke was to borrow, for the occasion, the Black Watch Pipe and Drum Band. A sergeant-major screamed an order, pipes piped, drums were drummed, and led by Wavell, kilt swinging, we marched up the long drive of Wilton Park towards Beaconsfield church for the passing-out service. To march behind a pipe and drum band is an extraordinary experience. It actually made me feel, in the memorable words of that Irish CSM, ‘first and fucking foremost a soldier’.

Wavell wasn’t someone you forgot, or ever expected to see again. Yet in my second term at Cambridge I came back to my rooms and found him ensconced in an armchair. He explained that he often looked up his Beaconsfield alumni. He remembered I’d gone to an Ordnance Corps depot to teach illiterates. He wanted to know how I was getting on with the illiterates at Cambridge and what periods of history I was doing. I’d always thought he was a frustrated academic, and asked if he’d ever thought of it. ‘Not for me,’ he said. ‘Not got the patience. Army in my blood, I’m afraid.’ He told me of his great triumph in finally winning his battle with the War Office to be allowed to rejoin his regiment: ‘I’m more use with one arm than…’ He smiled at me and left to see another Beaconsfield alumnus.

On Christmas Eve 1953, I was at home listening to the news and the last item was: ‘The War Office has just announced the death of Major Archibald, Earl Wavell, MC in Kenya. He was killed leading a patrol of his regiment, the Black Watch, against a group of Mau Mau terrorists. Earl Wavell was thirty-five.’