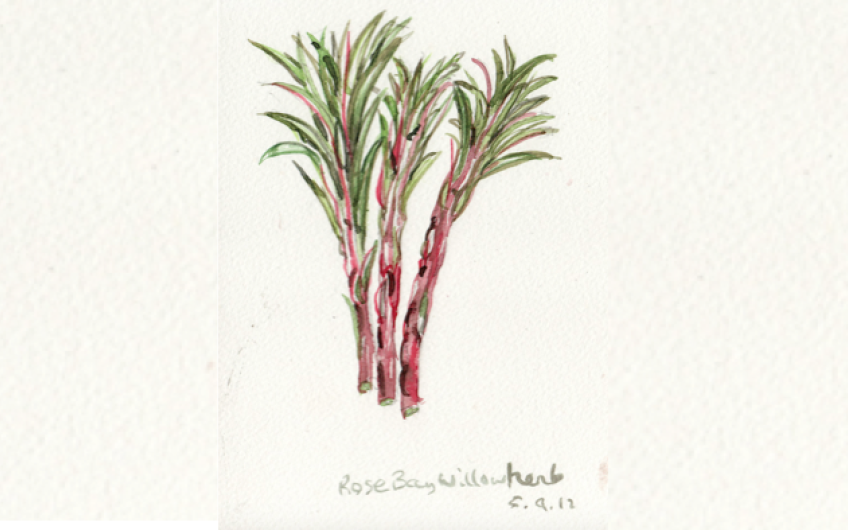 As a member of the spurge family, some of which are decidedly toxic, willowherbs belong to a group better known for its contribution to the medicine chest rather than the cooking pot. A degree of toxicity is not uncommon in plants with medicinal properties, and a dozen varieties of willowherb are identified in Culpeper’s 17th-century Complete Herbal as 'cooling and astringent'.

Most useful to the cook, however, is the beautiful rosebay willowherb, Epilobium angustifolium, whose spectacular spears of shocking-pink flowers light up our railway sidings and wasteland from late spring to high summer.

Pick first growth as soon as the tasselled heads push their way through last year’s tangle of debris. Later, as the plant shoots skyward, gather the tops only as far down as the stalk will snap with ease and before the buds unfold into flowers. The flavour of the young buds is mild and sweet with a backnote of bitterness that’s best softened by a soak in salted water for an hour or two.

To use raw in a salad, snip off the tips of brand-new growth and soak as above. More mature stalks gathered before the flower-buds open are best cooked. To prepare for the pot, chop in short lengths, pre-soak in salty water as above, then drain, pat dry and drop into a hot pan with very little oil, salt lightly and toss over a high heat till the gluey juices stick and crisp a little – a matter of moments. Good as a finishing sprinkle for the first of the summer vegetables – broad beans, peas, new potatoes.

Or cook over a high heat in a closed pan with very little water, a knob of butter (or a spoonful of olive oil), and a squeeze of lemon – good as a finishing sprinkle for a salad. Willowherb is a bit of a bully, so is best as a finishing stir or topping rather than the main event: it’ll hold its own with vegetarian main dishes based on grains and pulses – green and brown lentils, borlotti beans, unpolished barley, brown or wild rice.