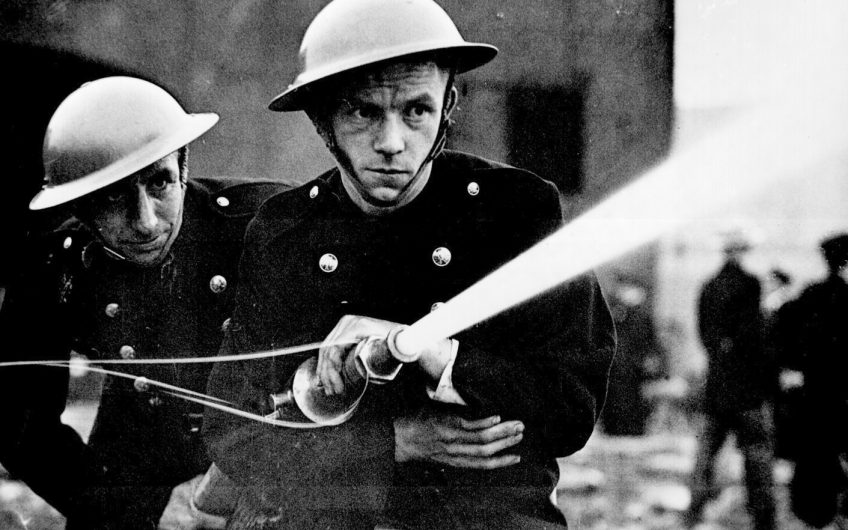 An incident that Grahame must remember with pride happened on a cold November night, just after 23.00 hours. Whilst returning from a ‘Shout’ at Church Street, Kensington they were hailed down at Bloomfield Road, Little Venice. His driver braked to a stop, switching on the Appliance flashing emergency lights, at which point Grahame was informed that a man had deliberately jumped from the adjacent bridge into the Regent’s Park Canal. Instructing his driver to inform the brigade of a running call and to request an ambulance, Grahame, using the Pump’s searchlight illuminated the canal and saw what looked like a white balloon, which he soon realised was a body floating face down in the water.

Climbing over the wall he removed his belt, axe, uniform and boots and plunged into the icy waters. On reaching the man, he turned him over and began mouth to mouth resuscitation. By this time, the Pump’s crew had the necessary equipment handy to remove the casualty to road level, where Grahame continued resuscitation. Throughout his efforts to resuscitate the man, he and his crew could hear a voice saying: ‘I did nothing, I did nothing’. The voice turned out to be the actor, Edward Fox, who had been out on his nightly walk. He was very distressed saying: ‘I saw him, I saw him, I did nothing’. Both Grahame and the victim were removed by ambulance to St. Mary’s Paddington, the man eventually recovering consciousness, whilst on the way to hospital.

For this brave act he was awarded the Royal Society Lifesaving Certificate.