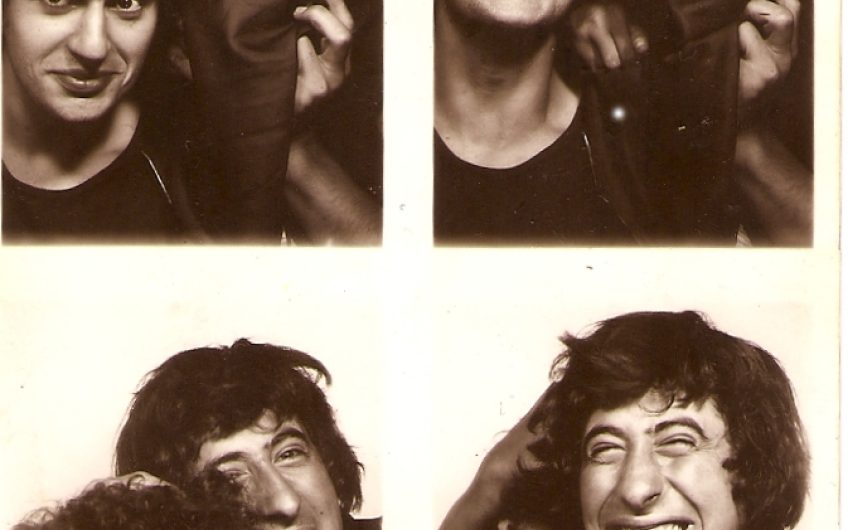 When we were young: Jack and Stephen
View Full Size
1
of 1

I was going through my bookshelves, trying to find things that I could throw away, when I came across a book on model soldiers. It had been given to me by my friend Stephen.

I don’t think I’ve even read it, but I have kept it because of an inscription. ‘To my friend Jack on the occasion of his coming of age’. Reading the inscription again, it comes across as curiously stilted, even by the standards of forty years ago. But I suppose that was how we did things in public school.

I don’t think I’ve got many other souvenirs of my friend. The only notable item is a copy of his suicide note. His mother gave it to me after his funeral. We went to his parents’ house and the family had thoughtfully engaged a woman to serve out teas and egg sandwiches. And as we left, Stephen’s mother handed out copies of the two A4 pages that he had covered with his last thoughts. It reminded me of the going-home presents that we used to be given at children parties. Instead of a balloon and a slice of cake, we got a photocopy of Stephen’s suicide note.

The letter that Stephen had written as he sat in his fume-filled Volkswagen Golf, waiting to die, talked about his ‘catastrophic experiences, euphemistically known as my career’

This always struck me as very odd. By any standards he would be seen as a great success story. He was only 28 at the time of his death. He had a lot of money. He was a business partner of Howard Leigh - now Lord Leigh, the treasurer of the Conservative Party. For a while they actually shared Howard’s rather grand flat in Maida Vale. In his note, Stephen said that all the people he worked with had no respect for him. But this was simply untrue - he was financial controller of Sadlers Wells Theatre and well liked.

His note talked about his failure to fight off depression and compared it to ‘fighting against modern weaponry with a cardboard sword’ - but then he always was a bit melodramatic.

Even with relationships, he was popular. I remember him compulsively and joylessly shagging large numbers of young women. It didn’t make him happy.

Stephen had a history of depression. Four years previously, he had tried to kill himself with an overdose of drugs. He was only saved because his mother attempted to wake him to tell him that the cleaning lady was coming. When she couldn’t wake him, she called the ambulance. After this overdose I visited him at the nursing home in Harrow where he was recuperating.

When I got there he was making a balsa wood airplane. He had even bought a little engine, so that when it was complete he would be able to fly it. Before the nursing staff would let him have a scalpel to cut out the bits of wood, he had to sign a promise not to slash his wrists. Stephen found this quite amusing.

I was struck by something strange he asked me. He said: ’Do you know how much money it costs to stay here?’ he said.

I ventured a guess ‘Around eighty pounds a day?’ I suggested.

‘You couldn’t get a good hotel room for that money.’ he said contemptuously. I couldn’t understand why he cared about the cost of his recuperation. But it was obviously important to him that his parents should be shelling out large sums for his well-being.

Looking back at what I’ve written, it occurs to me that this is a story of relatively privileged people. But our pain was real enough. This is a middle class story. It is what it is. And I am what I am.

The funeral itself was at Bushy. It was more than thirty years ago, but I clearly remember the long walk to the grave. At one point his mother reached out to me and clutched my hand. ‘This must be hardest for you, Jack.’ Actually, I suspected that it must have been a lot harder for her than it was for me.

Shortly after the funeral, I remember going into his room. The balsa wood airplane was unfinished. I have a strange feeling that if he’d finished the plane, he might have survived.

One final feature of his suicide note still surprises me. It apologises for disappointing so many people and he concludes: ‘Whoever has the misfortune of finding me should contact…’ and at this point he gives his parents’ phone number and address. It was as if he was trying to spare people some of the bother that might be associated with the disposal of his corpse. At the time it seemed odd that his mother should give us all a copy of the note, but she probably did this to spare us any feelings of guilt. The note said that his death was nobody’s responsibility but his own and that if it had not been for the efforts of his friends he would have killed himself much earlier.

I still miss Stephen and at various times, usually after a major event in my life, I get the urge to phone him. I had a dream a few years ago. I saw Stephen across a public square. We smiled, delighted to see each other. And then we both realised that he was dead. He stopped smiling and I woke up. Oh, and that picture at the top shows Stephen and me in a photo booth - I suspect in East Finchley Station. You see, we did have some happy times.

Tips for Boris and Dominic Cummings – from Cincinnatus and Seneca