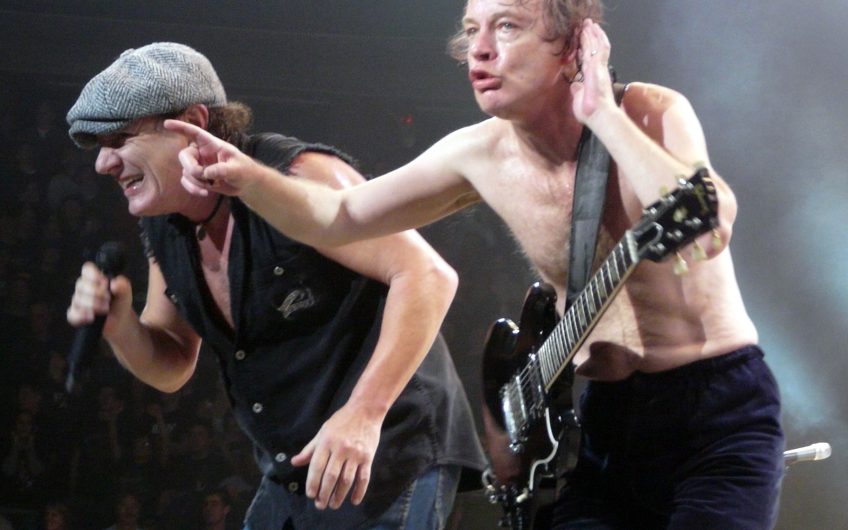 Joe Biden isn't the only septuagenarian enjoying a late, lifetime flourish at the moment. His accomplishment looks set to be complemented by that of Brian Johnson, the 73-year-old lead singer of the Anglo-Scots-Australian hard rock group AC/DC, whose latest album Power Up is enjoying rave reviews.

"It is no-nonsense, head-banging, fist-wave, foot-stomping, raw-throated, hard-screaming, riff-ripping, pedal-to-the-metal maximum rock and roll all the way," wrote The Daily Telegraph's Neil McCormick on Thursday. He awarded the album four out of five stars, as did Will Hodgkinson in The Times. Garry Bushell of the Daily Express has added to the current chorus of exuberant approval, calling Power Up "12 tracks of titanium-tough roughneck rock with blistering lead breaks of rousing choruses."

The Guardian has described Power Up as "a medical miracle", which not only alludes to the age of the musicians behind it - AC/DC's lead guitarist Angus Young, who still dresses as a school-boy, is 65 - but to the traumas the band has overcome. Johnson, who joined the band in 1980 after original singer Bon Scott died in a drinking spree, temporarily quit the group in 2016 after suffering a burst ear drum. Doctors warned Johnson that more concerts would leave him profoundly deaf.

In 2014, AC/DC's lead guitarist Malcolm Young succumbed to dementia. He died in 2017. By then, bassist Cliff Williams, also facing hearing problems, had announced his retirement. It looked like curtains for the band, what with Malcolm (brother of Angus) being AC/DC's chief song-writer.

Yet here they are, with Johnson and Williams having returned, with the band's trusty, time-frozen formula of raucous, headbanging, sleazy songs - and with Johnson's trademark rasping, piercing vocals. All the tracks in Power Up are co-written by Malcolm and Angus Young, selected from unused material amassed over the years. It tells. The first single from the album, Shot In The Dark, sounds like anything they have released in their long career.

AC/DC were formed in Sydney in 1973 when founder Malcolm realised that Australia's sheep-shearers and factory workers wanted something meatier than the pop and soporific prog-rock then doing the rounds. That AC/DC have endured over forty-seven years, and in 2020 are generating such excitement and so many superlatives, is indeed a miracle.

AC/DC, heavier and faster than fellow performing pensioners The Rolling Stones and The Who, are back. As the title of their classic 1981 album put it: for those about to rock - we salute you.