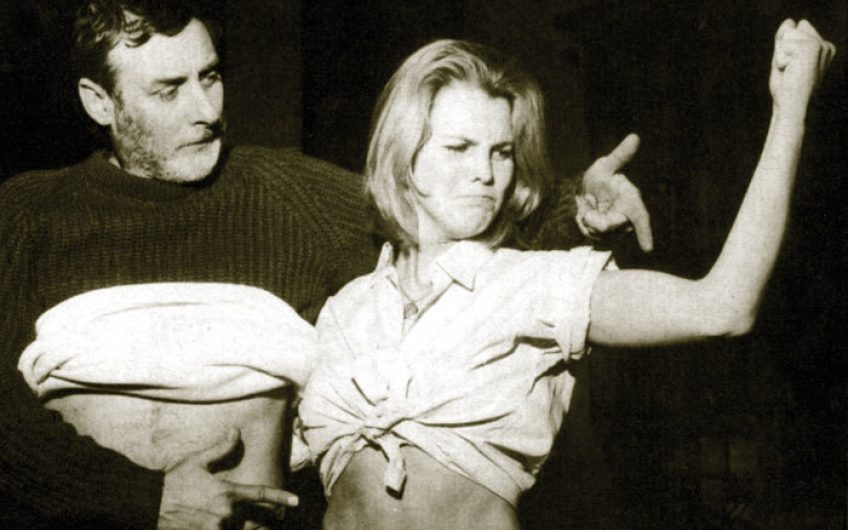 The curtain came down for the interval, and Spike Milligan walked off stage while the standing-room-only house clapped, laughed and roared. He got into his Mini – parked near the stage door – drove home to Finchley and did not return. As a very young actor, I spent a couple of years in a West End play of which he was the star.

Oblomov had been adapted by the Italian writer Riccardo Aragno from the nineteenth-century Russian novel by Goncharov. Spike’s firm had bought the script to launch him as a straight and sensitive actor, playing the part of a Russian aristocrat who couldn’t be bothered to get out of bed. Joan Greenwood took the female lead, and other major parts were played by Bill Owen and Valentine Dyall. It was a major production for a young impresario, Michael White. The director was Frank Dunlop, who went on to do magnificent work at the Edinburgh Festival.

On the morning of the read-through, Frank spoke of the delicate and sensitive Chekhovian nature of the piece and, for the six or seven weeks of rehearsal, that was the kind of production we were all aiming for.

We opened at the Lyric Hammersmith. On the first night Spike, overwhelmed by stage fright, forgot every line. The rest of us were thrown, but he kept going, making up the missing lines as he went along. Spotting the Evening Standard’s critic, Milton Shulman, in the audience, and in gratitude for previous rave notices, he declared: ‘Thank God, Milton Shulman’s in!’

The notices were generally unkind, but since the show was booked for several weeks, Michael White and Frank Dunlop proposed to save it by allowing Spike complete carte blanche on stage. Spike ad-libbed his way through every performance. Oblomov, changed beyond recognition, ran for five weeks and broke all the Lyric’s box-office records, before being transferred to the West End as Son of Oblomov. It could still be running to this day had the exhausting job that Spike took upon himself not made this humanly impossible. No two performances were the same. Audiences – including the Prince of Wales – could return time and again and see a different show. As a result, there was never a feeling of audiences falling off. Son of Oblomov epitomised Spike at his best: inventive, unpredictable and indefatigable.

My first scene was alone with him on stage. I’d dutifully learned my lines in response to fixed cues, but, since Spike couldn’t be bothered with anything like cues, you got what you were given – which was invariably followed by drowning laughter from the audience. If you were tempted to come in a millisecond too soon and kill the laugh, he’d gently mumble from the side of his mouth: ‘Wait for it, wait for it.’

Once I entered stage right to find that Spike was sitting in the stalls, in his nightgown costume, calling up to me, ‘Come on then, Ian, give us a show!’ Another time I did the routine business – came on, sat down, extended my hand without looking to shake his as I’d done 100 times – and his hand came off in mine.

Spike was kind and generous to younger members of the cast, myself included. My first impression of him was of a painfully shy, quiet, gentle, almost diffident man – though an old mate of his, the Australian Bill Kerr who was later co-opted into the cast, once said to me, ‘We have to put up with all the shit, mate, because it pays the rent’.

I suspect that Spike was then searching for a full expression of another side of himself: the man who personally repainted the children’s Elfin Oak in Kensington Gardens, at his own expense and with an anonymous plaque claiming that the work was ‘done by the fairies’; who sat down on pavements in protest against the threats of extinction to wildlife; who never forgot his friends when they needed work and he could help.

Though all this happened a long time ago, I’ve forgotten none of it – and I never will. Next time I’m on stage Spike’s ‘Wait for it, wait for it’ will whisper to me still.