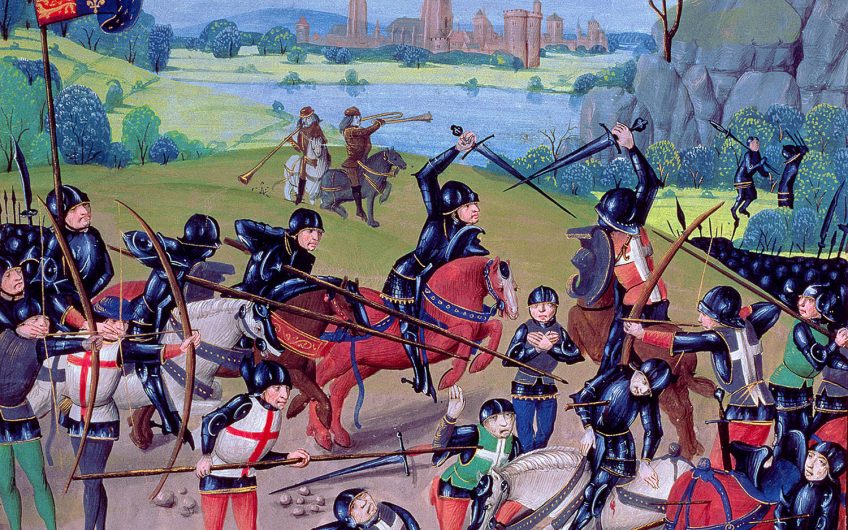 Brigitte Macron has just opened the refurbished museum at Agincourt.

I visited the museum in 2015, on the 600th anniversary of Henry V's unlikely victory over the French.

The museum is wonderful – and its staff are very charming. When I asked why there weren't many French visitors, a charming staff member said to me, chuckling, 'Yes – but we don't get many English visitors to the sites of French victories, either!'

But even better is the battlefield itself, barely unchanged since the day Henry V’s army, the underdogs, pulled off their triumph.

Walking the battlefield, 60 miles west of Lille, you can still feel the heavy soil that was so crucial to the English victory – and the slight but very important incline that was crucial to Henry V. At the start of the battle, he was at the top of the hill, the French on the bottom.
It had been raining for a week before the battle and the earth was waterlogged, as it was on my visit. The heavily armed French on their armour-plated horses were clogged down in the mud while the lightly armed English tore into them with their longbows.

As I trudged through the mud, I couldn't help but recall Henry V's St Crispin’s Day speech, as reimagined by Shakespeare. For all the magic of the speech, there's an element of truth in it, in that Henry V probably did make a similar speech; as there is in Lord Westmoreland’s suggestion that the English are badly undermanned. In response to this, Henry V lets rip.

“We few, we happy few, we band of brothers;
For he today that sheds his blood with me
Shall be my brother; be he ne’er so vile,
This day shall gentle his condition;
And gentlemen in England now-a-bed
Shall think themselves accurs’d they were not here,
And hold their manhoods cheap whiles any speaks
That fought with us upon Saint Crispin’s day.”