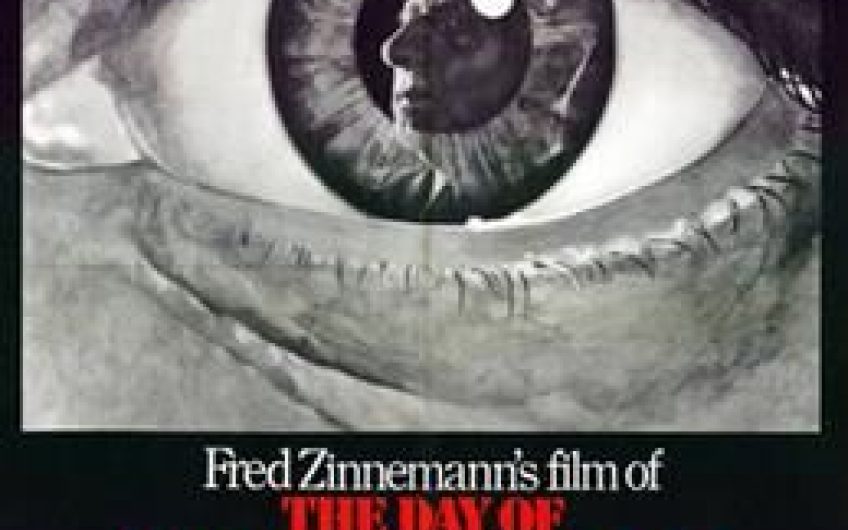 One of Alan’s films, The Day of the Jackal
View Full Size
1
of 1

Alan Badel, who died of a heart attack in 1982, was an English actor with an unforgettable velvet voice and a chameleon-like ability to adapt himself perfectly to whatever role he was to portray. As well as numerous memorable television appearances, he played many noteworthy parts in films, and on stage, and is well remembered by millions as one of the finest actors of his day.

I first met Alan Badel at Stratford in 1950. I was rehearsing there to replace Richard Burton in Christopher Fry’s The Lady’s Not for Burning when it was to transfer to New York’s Broadway. Alan was at Stratford Memorial Theatre (later the Royal Shakespeare Theatre) playing the Fool to John Gielgud’s King Lear, Cassius in Julius Caesar, and Claudio in Measure for Measure. I had played Claudio in a Sydney production in 1948, and my performance was as bad as Alan’s was brilliant. After seeing the show I went round to his dressing room to congratulate him on his outstanding performance. Having introduced myself, my opening line was ‘Oh, Mr. Bay-dle, you were sheer bloody magic!’ (This in a broad Aussie accent.) Badel looked at me as though I were a piece of dog poop that he was about to kick out of his way. ‘Thank you,’ he said, and looked at the door, meaning it was time for me to go.

Many years later, in 1982, when I was playing Lorca in my original theatrical creation ‘Federico Garcia Lorca, An Evocation’ – a production which involved both acting and Flamenco dance -- Alan to my amazement came to see it with his wife Yvonne. After the show, he came round to see me. ‘Trader,’ he said, ‘do you remember Mr. Bay-dle? I had to come round to congratulate you. I just don’t believe what I have seen tonight. You are clearly a gifted actor, but beyond that to be able to dance Flamenco as well as you do leaves me speechless. What an example you are to every aspiring actor – such self-discipline and single-minded determination! I’ve never seen anything like what you’ve achieved tonight. Dear friend, it was an unforgettable evening!’ To me, coming from an actor whom I admired as much as I do the great Peter Finch, that was an unforgettable compliment.

Alan was born in Rusholme, Manchester, in 1923. During World War II, he enlisted as a British paratrooper, and because of being half-French and bilingual, was dropped behind enemy lines where he worked with the French Resistance, taking part in several operations against the enemy and, so he told me, killing several enemy soldiers in hand-to-hand combat. Later on he took part in the D Day landings, and also was involved in the Battle of the Bulge in the Ardennes Forest. His remarkable war experience served him well when, years later, he confronted two young delinquents trying to break into his car. Surprised by him, they drew knives and made to attack him, but Alan’s wartime training enabled him to disarm both assailants, breaking their wrists in the process.

Sadly, Alan died shortly after seeing my Lorca show from a heart attack. His death was truly a great loss to the English acting profession at only fifty-eight years; his remarkable acting career extended from 1951 to his death, and was filled with a host of memorable television and film work – including stage work as Romeo in Romeo and Juliet at the Old Vic (playing opposite Claire Bloom and Peter Finch, 1952-53) and playing the actor Edmund Kean in Jean Paul Sartre’s play of the same name (Globe Theatre, 1971), as well as appearing in such screen classics as Salome (as John the Baptist, 1953), Arabesque (as Beshraavi, 1966), Day of the Jackal (1973), and in Nijinsky (Baron de Gunsburg, 1980). Among his television credits were: The Count of Monte Christo (as Edmond Dantès, 1964), Shōgun (1980) and The Woman in White (as Count Fosco, 1982). He was known for his unique velvety voice, which was described as ‘the sound of tears’. In 1964 and 1966, Alan earned BAFTA TV awards for Best Actor’, but in spite of his many film and television appearances, it was the theatre work that he enjoyed most, saying he did the latter for love and the former for fame and money.

Alan was married to Yvonne Owen in 1942 and they remained together until his death. Their actress daughter, Sarah Badel, now retired, herself enjoyed a long and very successful stage, television and film career.