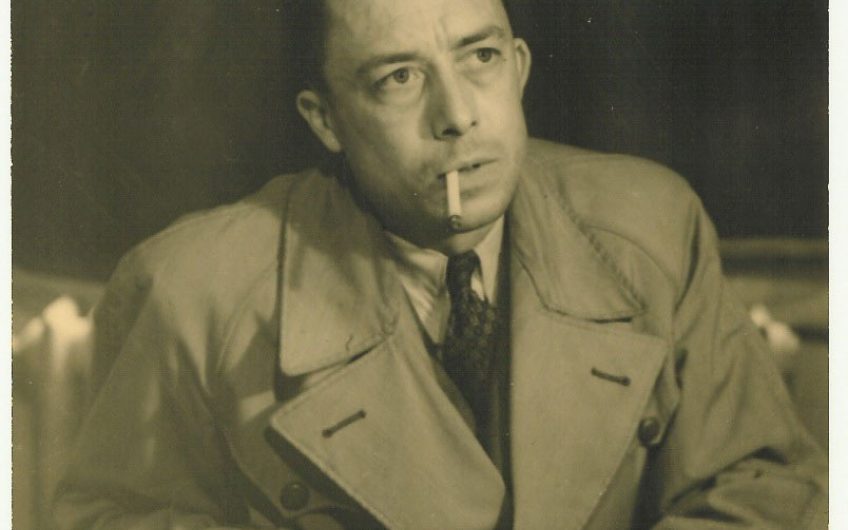 For us, the rats didn’t come. Or maybe they did, in the form of bats in a wet market somewhere in Wuhan. Incongruous precursors to a plague, things that as Camus might say, “weren’t in their place”.

Camus’s 1947 novel La Peste, depicting a plague to sweep through the Algerian town of Oran has much to offer us readers in the Corona era.

There is a Doctor, Bernard Rieux, offering his testimony of what happened but this account is superseded and complicated by others, including several other doctors and of course a journalist.

For anyone trying to interpret the government’s 5pm daily Coronavirus briefing over the muddle of journalists, nurses and the Chief Medical Officer, Professor Chris Whitty, the novel’s narratorial instability will come as no surprise.

Camus knew that plagues give way to crises of interpretation; the epigraph to the novel from Defoe’s third volume of Robinson Crusoe tells us as much: “It is as reasonable to represent one kind of imprisonment by another, as it is to represent anything that really exists by that which exists not”.

The invitation to interpret the plague is there, but can the dissenting voices find reconciliation? Put simply, can we seal off and lockdown meaning so as to produce a coherent answer to humanity’s plea? Probably not, says Camus, but we can have a try.

The oft-mentioned rats work to exhibit this idea, their claws scratching and tails thrashing in Oran’s hot and dirty streets, only to die before we can work out what is happening.

Reading the novel again, I am reminded of the days before the Coronavirus sent us into lockdown; how, like Rieux’s concierge (the first to die from the plague) we were tempted to downplay the risk as scandal, to sweep the virus, like the rats, into the van that Rieux calls up for “dératisation”.

The novel’s wry observation that the rats can never be completely emptied out from the space of the text both literally and metaphorically should act as a warning for us: even when the vaccine comes, we will never be free from the virus because it represents the dereliction of the human condition itself. Gloomy stuff. Camus was talking about fascism of course, but perhaps our modern-day plague is that of globalization gone mad.

But in the face of the absurd, the characters in La Peste – like us – rally. They volunteer, work round the clock to find a vaccine and shelve their personal desires in the name of the collective good. Short of performing the “Big Clap” every Thursday night, they learn to help each other.

In Camus’s epidemiology, a plague is just as likely to produce hope as it is to spawn fascism: the good and the evil sit side by side. Rieux’s desire as a doctor and an amateur historian is to chronicle the plague, to bear witness to its events, however imperfectly.

What will the literary response to the Coronavirus look like when the dust has settled? Will we chronicle our triumph or our demise? Or will we realize, as Rieux does, that the plague was there all along: “He knew what those jubilant crowds did not know but could have learned from books: that the plague bacillus never dies or disappears for good . . . and that perhaps the day would come when, for the bane and for the enlightening of men, it would rouse up its rats again and send them forth to die in a happy city.”

Henry Lamb: the dazzling uncle who put me in the picture – Ferdinand Mount