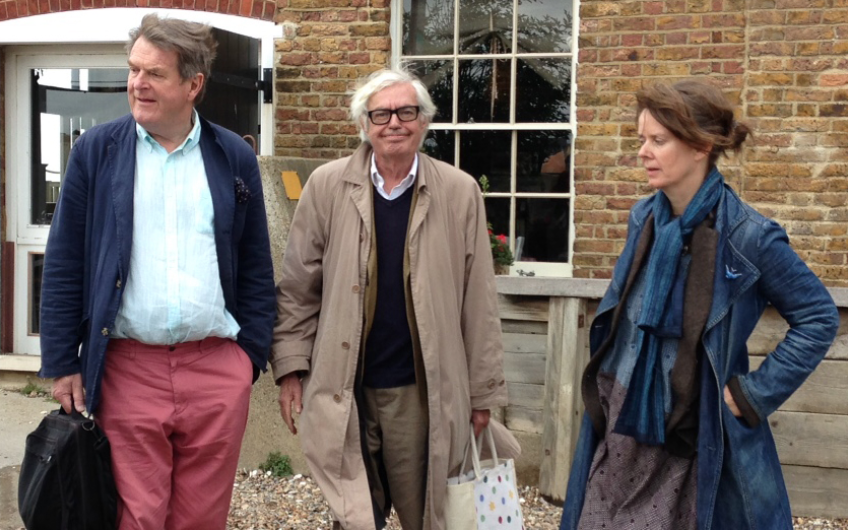 The memorial service for Alexander Chancellor, our much-missed editor, was held at St Paul’s, Covent Garden, on Tuesday.

It was a moving but delightful affair, with buckets of prosecco afterwards in the vast saloon of the Theatre Royal, Drury Lane, with its own splendid smoking terrace. Alexander would have approved.

At the service, his grandchildren, Lucas Brieva Chancellor and Bron, Mary and Sally Waugh, gave charming readings, as did his daughter, Freya Bearn.

What the press has fixated on is, erm, Alexander’s approach to inverted commas. Today, both the Times gossip column and Charles Moore, in the Spectator, zeroed in on a passage about Alexander’s grammar in my Dad’s eulogy: ‘The only fierce tussle I ever recall was about when inverted commas should go before or after a full stop. The argument raged for two days: copies of Fowler’s English Usage were procured, the Times style guide consulted. In the end, we even asked Sir Kingsley Amis. Alexander was, of course, right. The problem is, I can’t remember what the answer was.’

These are deep waters. Over to you, Oldie readers. Where do you, and your inverted commas, stand? Before or after the full stop?

The consolation of blossom