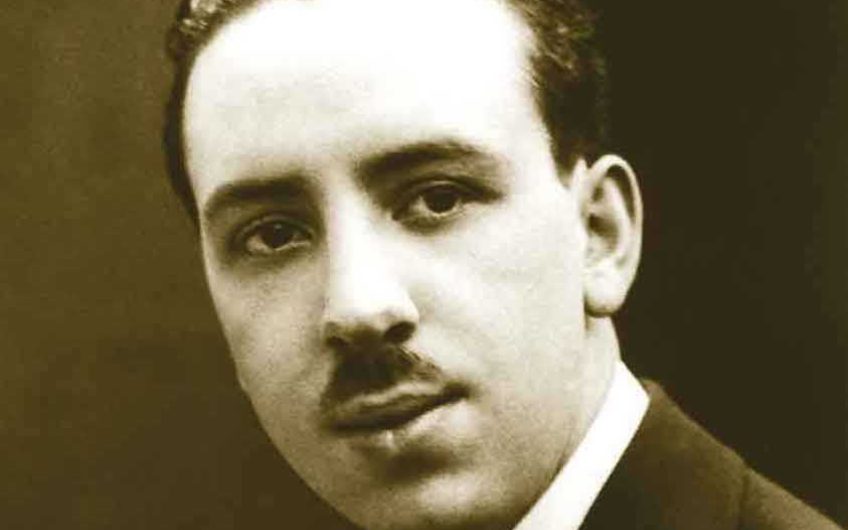 Roger Lewis admires Vertigo, his masterpiece about obsession, madness and the occult

There are long stretches without any dialogue, and the last words, spoken by a nun in the bell tower, are ‘I thought I heard voices.’ Voices, echoes, shadows, glimpses…

It is a film about obsession, madness and occult feelings. James Stewart’s detective, Scottie Ferguson, is fracturing, cracking up, with a fear of heights, emotion and what is to be found beneath any placid surface.

He is indifferent to the devotion of Midge (Barbara Bel Geddes). He never quite sees what is in front of him – yet the plot involves dedicated watching and waiting, as Stewart follows a green car, a 1957 Jaguar Mk VIII, zigzagging around the San Francisco streets and down the hills, which dip and rise steeply.

We certainly register the intensity of Stewart’s observation – lots of shots of him gripping the steering wheel. But what actually does he think is ever presented to his gaze?

Not what he thinks – for what imperfect eyes we have. When Midge drives past his apartment and witnesses Kim Novak leaving – she gets that wrong too.

There is an elaborate (and implausible) murder plot, about doubles and decoys, with Novak pretending to be a reincarnation, staring at a portrait, visiting a grave and sitting in the window of an empty hotel room. The McKittrick Hotel, like Norman Bates’s creepy house on the hill, has a menacing dark staircase and a worn carpet.

All these trances and stunts. But it is all an opportunity, nevertheless, for a San Francisco travelogue, with VistaVision views of the deep blue bay, the Golden Gate Bridge and the Ambrosia Room at Ernie’s restaurant, which closed in 1995, when fast food replaced fine dining across America.

The film is made with such confidence: the long takes; the spell that it’s aware it is casting. It is an investigation – no, not quite that; an exposition – of hysteria, male hysteria, as prompted by falling (vertiginously – and involuntarily) in love. But love is no balm or solace here. It is an illusion, a projection, guaranteeing only loneliness, heaving frustration and cruelty – Stewart isn’t exactly kindly with his belle, or belles. Love is that which unfulfills. Nothing is solved or satisfied. It causes only an extremity of agitation, and death.

Vertigo is an affair of ghosts. ‘To put it plainly,’ Hitchcock told François Truffaut, ‘the man wants to go to bed with a woman who is dead.’

This makes it sound like Rebecca (just remade for Netflix), where Max de Winter remains fixated on his brash late wife, and Laurence Olivier bullies demure Joan Fontaine into running Manderley as she had done.

But this later film, from the Fifties, is one of those masterpieces making one wonder if those involved were fully aware of what was happening.

For when we have the car journeys through the ancient forests, and the camera tracks to the green canopies, we are in the forests of the unconscious – and to what extent was Hitchcock inspired by Freud?

It is crudely Freudian in interpretation – the towers and stairs, the symbolism about erections and impotence; Novak’s compliance with father figures (Stewart was twice her age); the fetishism about clothes (Novak’s array of perfect grey suits, white coat and a black scarf, designed by Edith Head) – but somehow it transcends fashionable psychoanalysis.

The Spanish mission, San Juan Bautista, with the campanile, incidentally, is like the church in Salvador Dalí’s Suburbs of a Paranoiac Critical Town (1936), where the bell is the shape of a woman in an old-style dress.

Stewart doesn’t want to sleep with a woman who is dead; he wants to possess a woman who never existed.

And it is always disastrous to impose fantasy on a real person: one of the most awkward scenes in the film is when Stewart takes Novak to Ransohoff’s, the shoe shop, and the hairdresser’s, and compels her to turn into (to turn back into) somebody else. He is coercive, domineering, a director with a starlet.

He’s disgusted, later, when he realises she’s been Gavin Elster’s girl: ‘Did he train you? Did he rehearse you? Did he tell you exactly what to do, what to say?’ Yet hasn’t he used her in a similar way?

But it doesn’t do to dismantle the plot and its mechanical motivation.

Hitchcock must have thought this as, a third of the way through the picture, he gives everything away. What matters much more is the distinctly languorous mood, much assisted by the music. Bernard Herrmann’s pulsing, rocking score (it is a lullaby) was recorded in London and Vienna, conducted by Muir Mathieson, and is a kind of slushy, insidious reflection of Wagner’s Wesendonck Lieder. In these shimmering orchestral sounds, it is as if the living and the dead – or the apparently dead – move back and forth, list, like the lilies of the field.

In the music – and in the colours, the queasy, almost tropical greens, the reds and deep purples, edged with neon. There is a theatrical use of the backdrops, silhouettes, gloom and brightness. Everything in life, the lesson seems to be, is an illusion.

There are lots of doubles – women in the street or in Ernie’s restaurant, who for a moment Stewart thinks might be Novak. People are not unique, we are to conclude. Full possession of anybody is going to be an impossibility, as they whirl away like virus particles or spores.

And whirls and whorls are all over Vertigo: the hairstyles, bouquets of flowers, the cross section of a tree, with the rings in the bark. It is part of the theme of disorientation. The spirals and circles (beginning with Saul Bass’s spirographic titles-design animation); the general throbbing and pounding; the underlying atmosphere of sickness.

Stewart is actually in the sanatorium for a year or so, St Joseph’s Hospital, in Buena Vista Avenue East, with clinical depression – visited only by Midge, who plays him a Mozart record, a spinning disc, unavailingly. The final shot, of Stewart on the high parapet, opening his arms and looking upwards in supplication, is like a dancer’s representation of absolute despair.

There is no consolation in this film. Swift, in A Tale of a Tub, defined happiness as ‘a perpetual possession of being well deceived’ – and Stewart in Vertigo is the less deceived. There is no requirement for him, at the finish, to wonder or worry how ‘summer’s honey breath [shall] hold out against the wrackful siege of battering days’.

He has seen a beloved plummet to the ground not once but twice. Renewal and relapse mean only a recurrence of horror – never fresh beginnings.