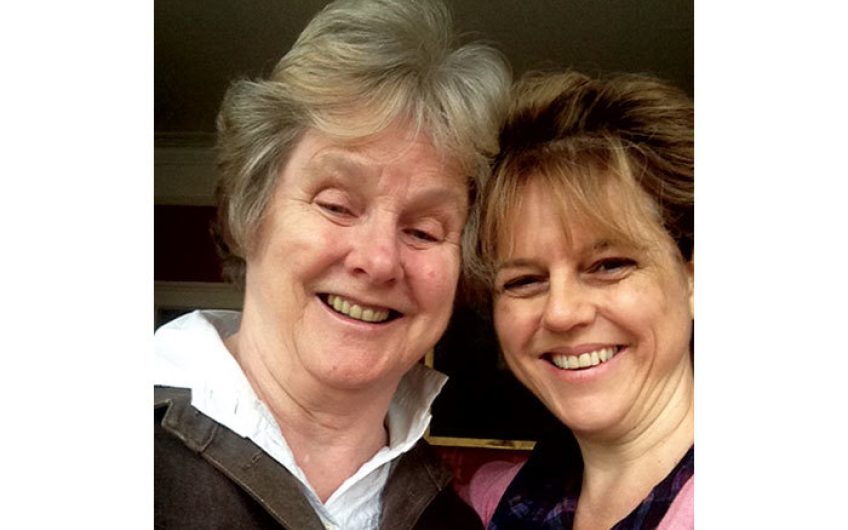 Most children try to look after their elderly parents if they are unwell. Our family has been different. For it was, and is, my seventy-something mother who has borne much of the brunt of supporting and looking after me when I’ve been ill.

It all began twenty-one years ago when I suffered my first major depressive episode. It wasn’t that my darling husband didn’t want to help: he did his very best. But he was also trying to hold down a job in financial services where he worked long hours and often travelled.

Equally, my father longed to help but he had been left partly disabled by a stroke years before. Nor could friends come to the rescue: most were struggling to cope with their own jobs and young families, though one bachelor chum was particularly helpful ferrying me by car when I was too ill to drive. He bought himself a peaked cap and called himself James. But mainly I was cared for by my mother, then in her early sixties.

During the acute phase of the illness I was bedridden, unable even to get to the bathroom without her help. She saw her role as simply to be there. She knew I couldn’t be left alone. I had a sense that I was falling, the bed was falling, as if I were hurtling downwards on a crashing plane that never landed. I would grip her hand or arm, which soon turned a livid red. I was literally hanging on for dear life, every muscle tensed, every sense alert, fibre strained, cell taut as I lay clenched in the foetal position trying to hang on. All I could say was ‘I’m going to crash’.

In response my mother took to reciting a phrase from the Bible: ‘My grace is sufficient for thee; my strength is made perfect in weakness.’ This was a different, more positive mantra than my previous chant. Very gradually, I began to repeat the line with her. There was some point to the illness. My strength would indeed become perfect in weakness.

Gradually as I began to get better, my mother would read aloud longer passages and poems to me as she had done when I was a child. A literary scholar and biographer of Sheridan, Thomas Moore and Thomas Chatterton, she had always kept a commonplace book of snippets of poetry, prayer and anecdotes that had struck her. I devoured the collection as if it were ice-cold water offered to a parched traveller.

Some mothers and daughters are bound by a shared love of baking; others bond over their enthusiasm for a -particular television show. We had always been united by a love of poetry. When I was a child, she had furnished me with several gorgeous illustrated anthologies.

Now poetry proved the perfect medium. I wasn’t well enough to listen to or read anything longer than a few verses. So its brevity was a blessing. So, too, was the way it dissolved the feeling of solitude. As my mother read ‘The Flower’ by George Herbert (‘Who would have thought my shrivelled heart/Could have recovered greenness?’) I realised I wasn’t alone; others had made something of their suffering.

Then, as my recovery gathered pace, it was my mother with whom I learned how to do relaxation exercises to reduce my anxiety. We would lie doing our breathing, side by side. Later it was my mother who accompanied me on my first trip to the post box and back; then to the café at the end of the street, and on visits to my psychiatrist and the hospital.

And then there is a household to run and children to care for: we had a toddler and a baby at the time. This, too, she did. All the while, unbeknown to me, it was she who had been unloading the dishwasher and emptying the washing machine; filling the supermarket trolley and putting our children to bed. Such was the ferocity of the illness that I had been utterly absorbed in my own battle to survive and had been unaware of the household continuing around me, directed by my mother.

Even now that the acute phase of the illness has passed, my mother is still a crucial source of support. She can spot an edge to my voice and a frightened look in my eye. She tells me to slow down and look after myself: feeling overwhelmed is a sure sign my depression is not far behind.

Much as I still rely on her, I know that I must learn to do so less. She is now in her late seventies. It is for me to try to care for her. I’m considering buying my own peaked cap as the beginning of a return to the natural order of things.

l ‘Black Rainbow: How Words Healed Me – My Journey Through Depression’ by Rachel Kelly, Hodder, £8.99. All author proceeds go to SANE and United Response.

My vicarage lessons with a four-year-old Theresa May. By Detlev J Piltz